Saudi cleric: Earth does not revolve around Sun, moon landing was faked, because religion

Soon the duties will fall to Mike Collins.

I think you mean Lance Armstrong.

Didn’t he won the Space Race with asteroids?

The most discouraging thing about this: He looks relatively young.

With the rise of ISS, with people rejecting vaccinations because of un scientific reasons: are on the cusp of a new “dark ages”?

With almost 8 of 10 Americans believing in angels, maybe we’re already there. http://www.cbsnews.com/news/poll-nearly-8-in-10-americans-believe-in-angels/

I’m seeing on the twitters that this is an excerpt from a Saudi satirical comedy show, “Tash Ma Tash,” although I haven’t verified it. Tash Ma Tash (1992-2011) (Arabic: طاش ما طاش‎) ("No Big Deal" in English) was a popular Saudi Arabian satirical comedy that had been run for 18 seasons so far. It aired on the Saudi State-owned television channel Saudi T.V. Channel 1 for 13 seasons but in 2005 it was bought by MBC. New episodes ran exclusively during Ramadan right after sunset. The show consists of episodic comedy sketches that present social commentary on the Saudi society. Every episode has a new story and characters, though ...

If angels don’t exist, why do you have a word for them? You seem to think you know what it refers to.

I’m skeptical that satire would even be allowed to exist in SA. Is Tash ma Tash actually a thing. Or is it only “government sanctioned” satire?

Scene: A woman walks outside to get her mail. Suddenly, Ashton Kutcher jumps out of a bush and pulls off her hijab

Kutcher: You just got punk’d

Scene, pile of blood and entrails

Fade to black
Title: There are no excuses for a woman’s uncovered face

Canned laughter, onto the next sketch.

He’s just promoting obfuscational cosmology for the masses. The reality he won’t tell you about is our nazi-reptillian overlords of the hollow earth.

Stretch (-ing the truth) Armstrong. I’d like to upvote you twice: once for the comment and again for being a Carter fan (though you DO realise you’ve left the ‘r’ out of ‘sheriff’, right…?)

Time to give the Prof an outing… 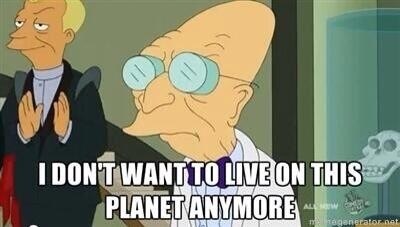 The embrace of a geocentric model is bewildering considering the Islamic world’s influential history at the forefront of astronomy. Imagine an American evangelical preacher trying to get traction by decrying baseball as a Satanic plot.

This post is about as scientific as the derpwad in the video. You can’t interchange “US Creationist” with “25% of Americans” and follow it up with “I’m sure…”. 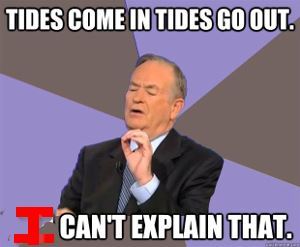 Oh that’s so cute, they have TeaBaggers over there too.

The Earth and the sun orbit each other, eh? Only due to the size imbalance, it appears that the Earth orbits the sun.

I probably heard this before, but do not recall it, thanks!

Somehow, though, I suspect this was not the cleric’s main point…

Didn’t he won the Space Race with asteroids?

That’s because his plane flew in the other direction and approached the speed of light. Not by much, but enough! Too close, and his wings would have melted.

If Jabberwock’s don’t exist, why is there a word for them?

Or fundamentalist atheists. Faith isn’t the only thing that promotes hate. Lack of faith can, too, if done in a fundamentalist way. I’m an atheist, btw.

Faith isn’t the only thing that promotes hate. Lack of faith can, too, if done in a fundamentalist way.

However, religion isn’t the only thing that engenders faith.

Atheism, science, musical styles, favorite hair salon – all these do, as well.

Ritual is very important to hidden inner portions of the human mind. We can’t articulate them very well, but the shamanic trappings are everywhere. Bottles of champagne cracked across the bow of an oil tanker. White lab coats. The way we all reacted to the antlers &c in True Detective. The cultural unconscious has these resonances embedded deep in our memetic DNA. We can’t see them usually, but they’re there in Twin Peaks, in The Walking Dead, in Animaniacs, Animal House and American Sniper. It’s not just telling us something we want to hear; we want to hear it because something rings very faintly in there.*

But if we don’t want to run around blowing ourselves up or burning bus drivers captured from the next town over alive, we need to listen carefully and interrogate ourselves as well to avoid blind faith.

Not completely sure where I’m going with this.

Ritual is important. Don’t discount it. Don’t give it too much credit. Jazz is good, but so are drum machines, although rap-metal is usually not. Fanatics are to be avoided, unless they’re producing BBQ sauce; but don’t stay at their motel if they’re fanatical about making sausage, or their mother.