Flat Earther claims NASA is pushing belief in ETs so that when Jesus comes back, we'll shoot him

Originally published at: Flat Earther claims NASA is pushing belief in ETs so that when Jesus comes back, we'll shoot him | Boing Boing

Honestly, that makes just as much sense as any of the other drivel that they drool out their pie holes, so there is that… 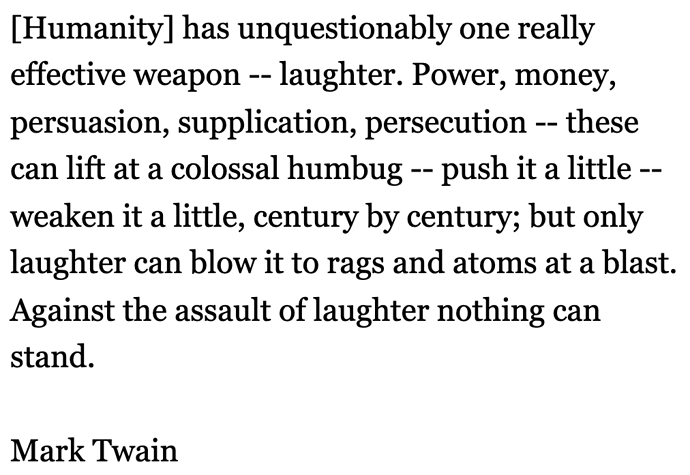 Yeah, I pretty much stop reading when the headline starts that way. Lemme guess, they said something ridiculous and stupid?

They might shoot him, but because he’s a brown middle-eastern commie radical. Oh, and Jewish.

eta: There’s a brain-killer: “Jesus is back, so all the Jews have to convert or die!” “Jesus is Jewish.” phooom!

Lemme guess, they said something ridiculous and stupid?

How do you know these things, I axe yous?

At the very least, this finally brings an internally consistent reason for building conspiracies around Flat Earth drivel. It always seemed like a perfectly fine conspiracy, but the question for me was always “but…why?”

The first time people accepted him as human and crucified him. Shooting him as an alien might be a (slight) improvement.

Well, frankly, if he is coming back to send most people to be tortured eternally, self-defense seems a logical reaction to me.

But then he won’t be shooted him for our sins? The deal doesn’t work out if General Judas doesn’t take the 30 NFTs does it? (“This would be the second coming you @#$! you! This time the mission goal is different! Read the #$!% briefing book last chapter”)

“I’ve been to flat Earth conferences and I remember this guy said he used to contract with Nasa.”

I love this kind of stuff. He was maybe a janitor, or a linux admin. No real credibility other than name association. I have a friend who works for NASA too! I wouldn’t ask him about aliens, because it has 0 to do with his job. He wouldn’t reasonably have any idea.

Other examples of this kind of reaching I have seen:

Guy insists because his friend works for Adobe, and thinks that a video hasn’t been faked, that the flashing lights in the night sky are aliens. (Random youtube discussion)

Guy who is a 9/11 truther lost his job for speaking out publicly as a government worker, insists that it’s proof of conspiracy. (He worked for the EPA’s office of water, and had no job-related knowledge of the WTC) This was from the “Loose Change” film.

“What’s that? Help the sick?? Help the poor?? Help the needy?! That ain’t Christian! Kill the heretic!” 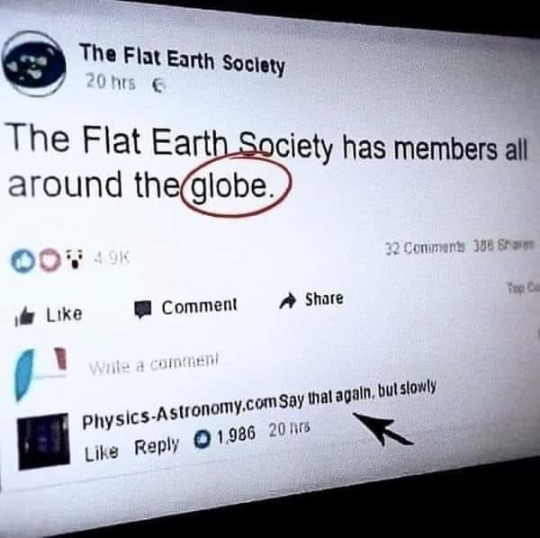 Aww, how quaint. Is it weird that after Trump/Covid/Qnuts, I kind of miss these theories that aren’t just a very sloppy excuse for hate and/or racism.

(yes, this kind of ‘X is anti-christian’ leads to violence and home-made bombs eventually, but it’s not ‘covid is china’ or ‘dems eat and prostitute babies’ that dominate today)

Thanks for the podcast tip!

It is -amazing- to think there really are people like this. It could even be TRUE that he was a NASA subcontractor.

Humans are something… I don’t know exactly what, but, something…

Oh, for a moment I thought it was the Flat Earth dude that was gonna get shot after the second coming. Makes just as much sense as his actual explanation.

Yeah, but contract for what? Unclogging a toilet in the office building?

We’ll, last time around it was a conspiracy between mainstream religious leaders who were primarily interested in preserving their own power and weak political leaders who wanted to appease them in order to preserve the public order. That still seems like a winning formula if God decides to go for an encore. The alien conspiracy seems unnecessarily complex.

I think this is proof the whole thing started as a joke.