Flat Earther claims NASA is pushing belief in ETs so that when Jesus comes back, we'll shoot him

Serge Monast (1945 – December 5, 1996) was a Québécois investigative journalist, poet, essayist. He is known to English-speaking readers mainly for Project Blue Beam (NASA). In the 1970s and 1980s, Monast was a journalist, poet and essayist. He was an active member of the Social Credit Party of Canada. In the early 1990s, he started writing on the theme of the New World Order and conspiracies hatched by secret societies, being particularly inspired by the works of William Guy Carr. He founded ...

I think the only people that might shoot Jesus would be christians. Most folks wouldn’t feel threatened by a hippie looking guy preaching about feeding the poor and loving each other.

Wait a minute…Last time, the general consensus was that the earth WAS flat. And Jesus claimed he was “not of this world”, they thought he was human and killed him anyway. So, either way he’s screwed. 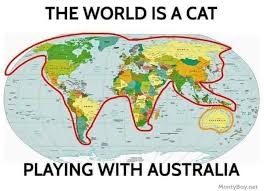 No wonder it has such weird fauna. 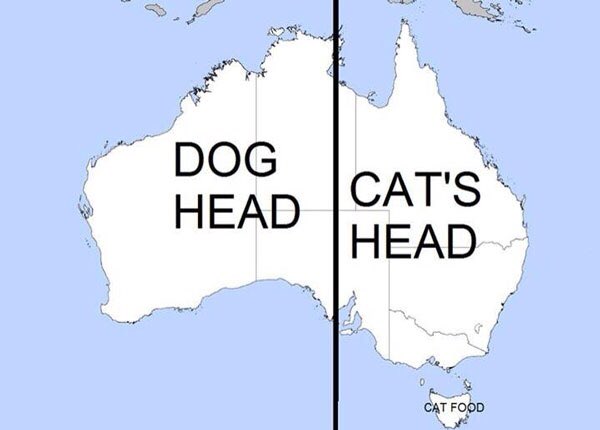 .
“Everybody knows… the world is full of stupid people…”
– The Refreshments (‘Banditos’) 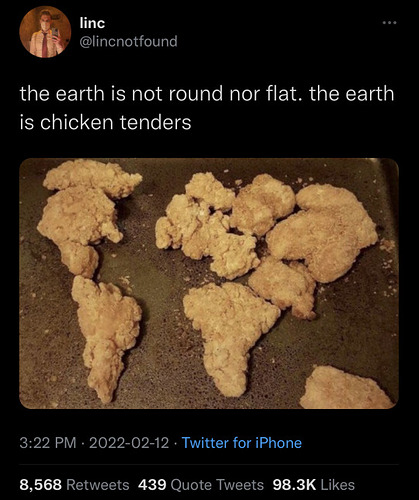 Don’t kid yourself, buddy. If there was a Second Coming, you know you wouldn’t hesitate to shoot Jesus straight away.

“… this guy said he used to contract with Nasa.”

If true at all, he may have simply been a stockroom clerk in a company that supplied nuts and bolts to one of the NASA test facilities.

A Canadien: Yo! Hungry here! That piece on top of the USA is too small!

Talk to that Canadien — not me.

It could even be TRUE that he was a NASA subcontractor.

It’s not like they drill every potential contractor who provides goods and services to NASA on their personal belief systems. The interview was probably like “are you a certified structural welder with at least 5 years experience doing TIG work?” or “what is your previous experience in the catering industry?”

So, either way he’s screwed

I am pretty Jesus won’t come back. I think He will hire a bunch of expensive lawyers and sue a lot of people.

This is nothing new to me. Back when I was a child, being raised in an Evangelical home, my mother outright told me that science fiction was a Satanic conspiracy to make people discredit miracles.

Why does Star Trek have a transporter? So when the rapture happens the media can just say aliens beamed all the extremist Christians away to re-educate them to be less hateful.

I think He will hire a bunch of expensive lawyers and sue a lot of people.

He would have to hire them through Lucifer who’s got a serious lock on that particular group.

“He said, ‘Quite frankly I think they’re lying about the shape of the earth so that we believe in aliens so that when Jesus comes down we’ll mistake him as an alien and we’ll shoot him.’”

Hmmm. This is the plan B. Their masterplan is way more complicated.

How does the shape of the planet supposedly influence people’s reaction to Mr. Second coming of Jesus/Alien?

I mean it would be equally valid to theorize that we say that the Earth is an obloid sphere so that when Jesus comes back, people aren’t surprised and present him with gifts of free entree passes to the local strip club.

Or maybe just maybe, everyone’s trying to convince us that the Earth isn’t a cube, so we don’t realize that Jesus is actually a reincarnated dinosaur who is coming to teach us how to time travel! ← this one’s definitely the correct theory…

Cat food or a hairball?