Why do people believe the Earth is flat?

Without an official, neutral, legitimate procedure for rooting out truth – the rule of law – we’re left just trusting experts who “sound right to us.”

I’ll totally go along with this for a lot of things - there is no way for me to find out why 737s are crashing, so I must trust what the experts tell me - but there are so many ways a we can all personally disprove the flat earth theory with our own observations and measurements. We don’t have to rely on experts or tech companies for that. Flat Earth could also be so easily confirmed if it were true, and nobody has bothered to do that yet.

Do they really believe the earth is flat, or are they just trolls?

Either way, it pisses off the liberals.

Many of the arguments they seem to use show a lack of understanding of scale and basic physics. Not grasping these basics, people fall back on what they can directly observe.

The only part of the premise I’d stick on is the word “rising”.

We definitely live in a specific era of hokum, and how people learn about them. And there are also conspiracy theories that have currency either for the first time or are way more widely-held than other times.

But past eras were undeniably filled-to-the-brim with superstitions and magical thinking.

If someone today is speaking 99% nonsense, in the past there were as many people who could match it, with 99% different nonsense.

20 Likes
Republic of Lies: the rise of conspiratorial thinking and the actual conspiracies that fuel it
Pseudothink September 21, 2019, 4:43pm #8

I really like your informative analysis and thoughtful consideration of Big Tech/Big Data’s role in (not) influencing peoples’ beliefs. I learned several things I wasn’t aware of, and it got me thinking more about how much agency people still have in determining their own perspective.

Another piece I think is relevant is some of the recent research about how beliefs are formed and reinforced. The You Are Not So Smart podcast has a great series of episodes on this subject, including their latest installment which discusses the idea that humans don’t maintain beliefs so much as “attitudes”, for which we often select supporting beliefs. I think it’s a very worthwhile supplement to your piece, and can be listened to here: YANSS Episode 120 - The Backfire Effect - Part 4

5 Likes
Republic of Lies: the rise of conspiratorial thinking and the actual conspiracies that fuel it
Mindysan33 September 21, 2019, 4:49pm #9

Either way, it pisses off the people who believe in science.

Many are religious fundamentalists trying to prove what the Bible (apparently) says about the earth being flat.

Interesting… but if fails to acknowledge that Flat Earthers do not actually exist. Just try to prove this is a sincere belief genuinely held by any living, educated person. It can’t be done!

they don’t actually believe it’s flat, they just want the attention, and look it works

they figured out it doesn’t matter what they believe or not, just the value in being a contrarian

I wonder also about the flattening of “expertise” - on the internet, some random dude with a website spouting nonsense is equivalent to a well-respected researcher who makes iron-clad arguments backed up by indisputable evidence. The aura of authority is there for anyone who doesn’t want to/can’t understand the arguments and evidence, nor figure out who has actual credibility.
Not that it’s just the internet - it’s been happening in the fragmenting media environment for decades. Witness all the “history” and “learning” channels on cable that went from actual educational programs to conspiracy theory shows. I have an uncle who buys into everything they tell him, because he grew up in a media environment where, if a documentary host said something was a piece of evidence, it was, not something that had been totally made up. I see hosts on Fox attacking the very idea of expertise on a regular basis - I just heard someone there literally claiming that someone in discipline X said something that turned out not to be true, therefore we can’t trust someone in discipline Y (or experts in any other discipline) either. That they also misrepresent what those in both disciplines actually said is just part of it.

Do they really believe the earth is flat, or are they just trolls?

Both. I’ve seen people who definitely had a sincere belief in the flatness of the Earth “because it just made sense.” There are also an especially large number of trolls in this area.

they figured out it doesn’t matter what they believe or not, just the value in being a contrarian

There are those. But there are also those physics-deniers who have looked at (some of) the evidence and applied only their “common sense” to evaluate it, absent any actual knowledge or ability to think logically, which has left them at a serious cognitive disadvantage in building their worldview.

While evil tech conspiracies inspire other consipiratorial thinking makes for a great narrative, I’d like to see facts or figures behind it before I’d put it forward as fact.

My take (derived from no facts whatsoever) is that what has changed is not the amount of conspiratorial thinking, but the amount of free communication. I’m old enough to remember pre-Internet, and I was often surprised by the odd way-out belief of some of my peers (who would otherwise be perfectly rational).

Pre-internet, they’d tend to share these only with those close enough that they’d hope would not laugh at them.

Now, they can share them with a large group of like-minded people they’d never have found in real life.

My contention is that exactly the same mechanisms that allow lost, hurting, isolated people to find a community that gives them solace in a world determined to destroy them work identically regardless of why they are isolated.

That is the joy and the horror of the Internet.

on the internet, some random dude with a website spouting nonsense is equivalent to a well-respected researcher who makes iron-clad arguments backed up by indisputable evidence.

Yep! This is an ongoing problem, even here.

Cory, have you asked a few Flat Earthers why they believe the Earth is flat? I’m interested to hear their stories.

As others have pointed out, there needs to be a lot of evidence that there’s been a rise in conspiracies lately. Conspiracy theories have always been a major feature of American (and world) life.

I’d also contest whether we live in a particularly venal time, corporate-wise. Corporations and governments have always been maneuvering the system with disastrous results. For every 737 MAX now, there’s a de Havilland Comet 50 years ago. Toxic baby bottle liners of now recall thalidomide of the early 1960s. The opioid epidemic now recalls the gin craze of the early 18th century.

It’s turtles all the way down.

The opioid epidemic now recalls the gin craze of the early 18th century. 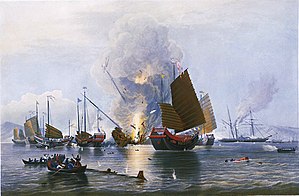 Though they probably wouldn’t be too illuminating as to why they’re flat-Earthers. Their… shortcomings that led to them having those beliefs would also tend to result in their not having a particularly self-aware analysis of how they came to that worldview.

In fact, one could probably predict with some accuracy what their stories would be: narratives about being “skeptical” of experts, “independent thinkers” who “came to their own conclusion based on the evidence.”

or are they just trolls?

Or for them, facts are less important. Talking about them gets you attention. They don’t care as much about the shape of the planet as other people do because somebody else always takes care of the complex stuff for them.

My sister is a bit like that. Not sure whether she cares about the flat earth, but as long as she has movies to watch, and a regular welfare payment, she is happy.