Saudis Draw a Line in the Sand

It appears work has begun on Saudi Arabia’s 170km long megacity, called the Line. To be made of mirrored glass the project will be a model sustainability and liveability — featuring sustainable desert projects such as a ski resort. The $500 billion dollar has met little resistance from critics. It’s important construction stay on schedule and budget as boondoggles civil engineering projects on this scale have historically devoured vast amounts of wealth, even toppled authoritarian regimes. 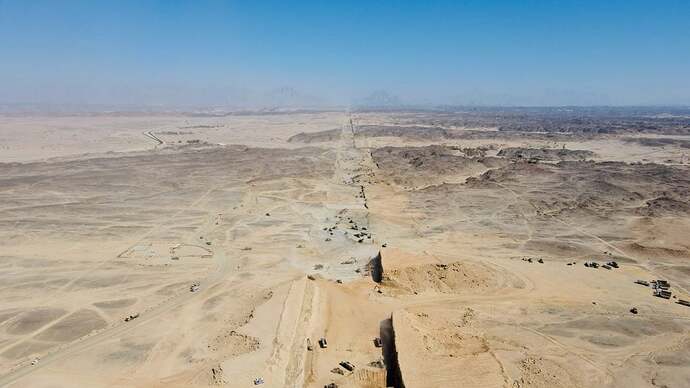 Footage released by aerial photography company Ot Sky shows work commencing on The Line megacity, which is being built as part of the Neom development in Saudi Arabia.

Adam Something on YouTube has made some great videos breaking down how ridiculous these Saudi construction projects are.

Adam Something on YouTube has made some great videos breaking down how ridiculous these Saudi construction projects are.

I love Adam Something. His critique of Dubai is pretty spot on too. Love how waste from the burj khalifa is trucked out of the city, early each morning, because it’s not hooked up to a sewage system.

“Here come the poop trucks!” is a great line.

It’s like a fever dream of Dahir Insaat, but with infinite money.

I don’t suppose anyone has pointed out to the Saudis that this is a fucking stupid idea, no?

At least three people have. 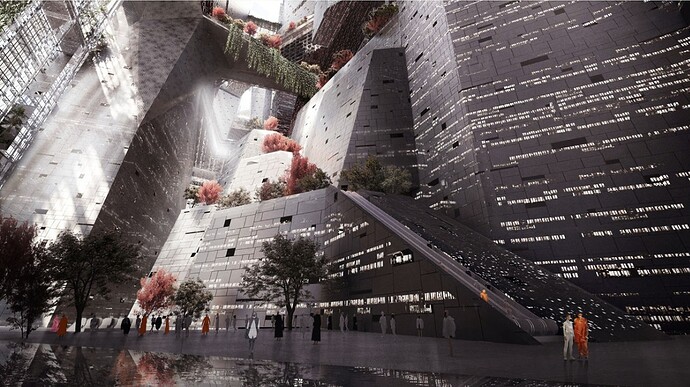 The men live on tribal land that is being cleared for the Saudi Crown Prince's $500 billion futuristic city.

I wonder if this is part of the OXAGON: 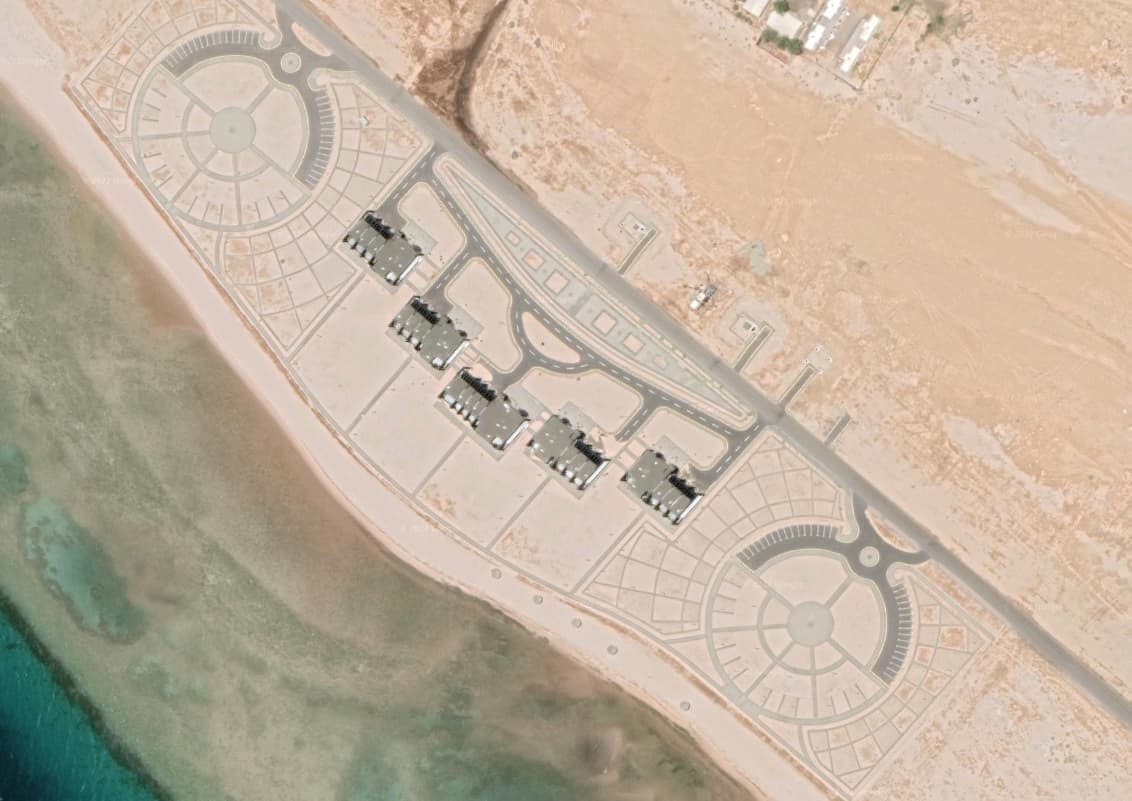 Looks like they already have a city built for the slaves construction workers: 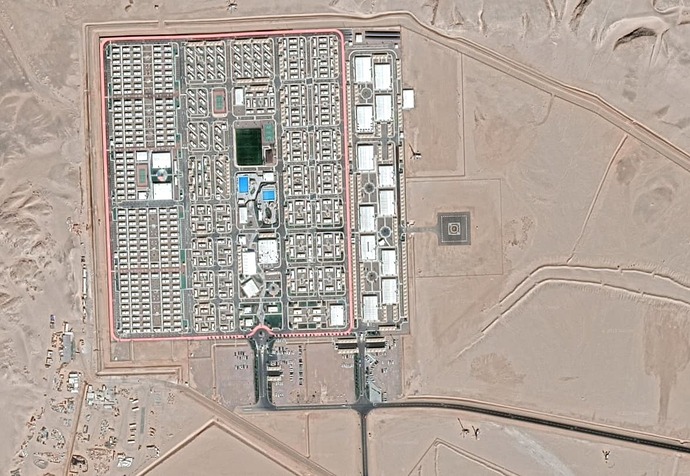 I don’t suppose anyone has pointed out to the Saudis that this is a fucking stupid idea, no?

Certainly not the project contractors or petro-customers.

Sentencing. Interesting. In the Americas, a long history of summary execution of indigenous peoples getting in the way of progress. I suppose “sentencing” is the Saudi’s pretense of lawful action. Who the fuck are they fooling?

The $500 billion dollar has met little resistance from critics.

Because people thought it was such a stupid idea they didn’t think it was a real proposal?

So much sand and whose life will it help? 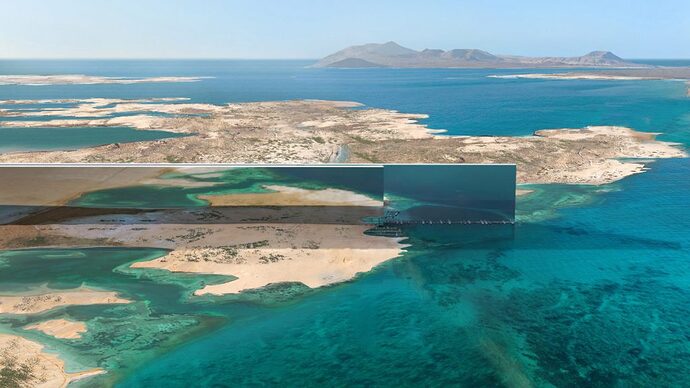 The Line megacity will "revolutionise our current way of life" says Neom...

The mirrored megacity planned for the Saudi Arabian desert will set a new standard for life in urban areas and be net-zero over its lifetime, argues developer Neom's executive director for urban planning Tarek Qaddumi in this exclusive interview.

people thought it was such a stupid idea they didn’t think it was a real proposal?

More like “because when a crazed dictator known for torturing, murdering and dismembering his detractors (not necessarily in that order) wants to build a monument to his own hubris few people are willing to explain why the project is an unfeasible mess.”

It’s like watching one of those dramatizations of thousands of Egyptian slave laborers toiling to build the Pyramids, except you know going in that the project is going to result in a big bunch of nothing that will disappear back into the desert in a few years’ time (unless you count the lasting environmental damage).

But with more time and less concrete.

Saudi Arabia has 38 million people mostly concentrated in three established urban areas, so I don’t see whom they expect to live in this new city.

Maybe when SA gets too damn hot to live in, sooner than you’d think, it will be a place of refuge?