I always have a difficult time eating anything where I have seen its eyes, including fish. How long does it take to cook the venom out, does she have recommendations?

These remind me of sculpin - turns out that they are in the same order:

Anoplopomatoidei Cottoidei Dactylopteroidei Hexagrammoidei Normanichthyiodei Platycephaloidei Scorpaenoidei See text for families The Scorpaeniformes are a diverse order of ray-finned fish, including the well-known lionfish, but have also been called the Scleroparei. It is one of the five largest orders of bony fishes by number of species with over 1,320. They are known as "mail-cheeked" fishes due to their distinguishing characteristic, the suborbital stay: a backwards extension of the third cir...

Someone open a restaurant that only serves invasive species STAT!

I know that lampreys are a problem in the Great Lakes, and have often thought the best way to deal with 'em is to catch 'em and ship 'em to England where they’re a delicacy.

I’m not surprised someone else has gotten the same idea, and is actually putting it into practice. Lionfish are not a species I would have thought of as a candidate, but I hope it works.

What does it actually mean when a meat is described as “sweet”? Like in the movie Babe, when (spoiler alert ; ) Babe becomes the leading candidate for Xmas dinner, the mice/muses say “pork is a very sweet meat”.

Does it just mean “tasty”? Is meat that doesn’t taste good usually sour or bitter or some other antonym of sweet? I had grouse one time, which was gamy and dry and bleh, but I wouldn’t say it was opposite of sweet.

Some fish has that “fishy, gone bad” flavor even when it’s very fresh. Flounder for one. Lemon completely and amazingly neutralizes it, which explains fish + lemon, btw. But that’s not an opposite of sweet situation either.

Google wants to tell me about “sweetmeats”, which is a completely different business.

This is a pure social engineering problem. All we have to do is get “Lionfish Fillet” sandwiches on the menu of McDonald’s, and that sucker will be driven to extinction faster than you can say “super-size me.”

Read this as “eat a sea lion”.

What does it actually mean when a meat is described as “sweet”?

I would say of all the seafood I’ve had, the sweetest would be dungeness crab. It’s by far the best crab, and I don’t think that any swimmin’ fish come too close to that, but fresh CA halibut can be sweet-ish for a fish and very tender.
You are correct, flounder can be pretty fishy tasting, not a fav of mine.

Someone open a restaurant that only serves invasive species STAT!

Florida needs to have a python bar-b-q festival. I like the wildlife shows where they make a big deal out of wrangling the invasive Everglades python and taking them in alive rather than simply lopping off the head with a machete or shooting them with a 22 revolver. So hokey.

But they look like Livingston! Eating them would make Captain Picard sad! Or not. 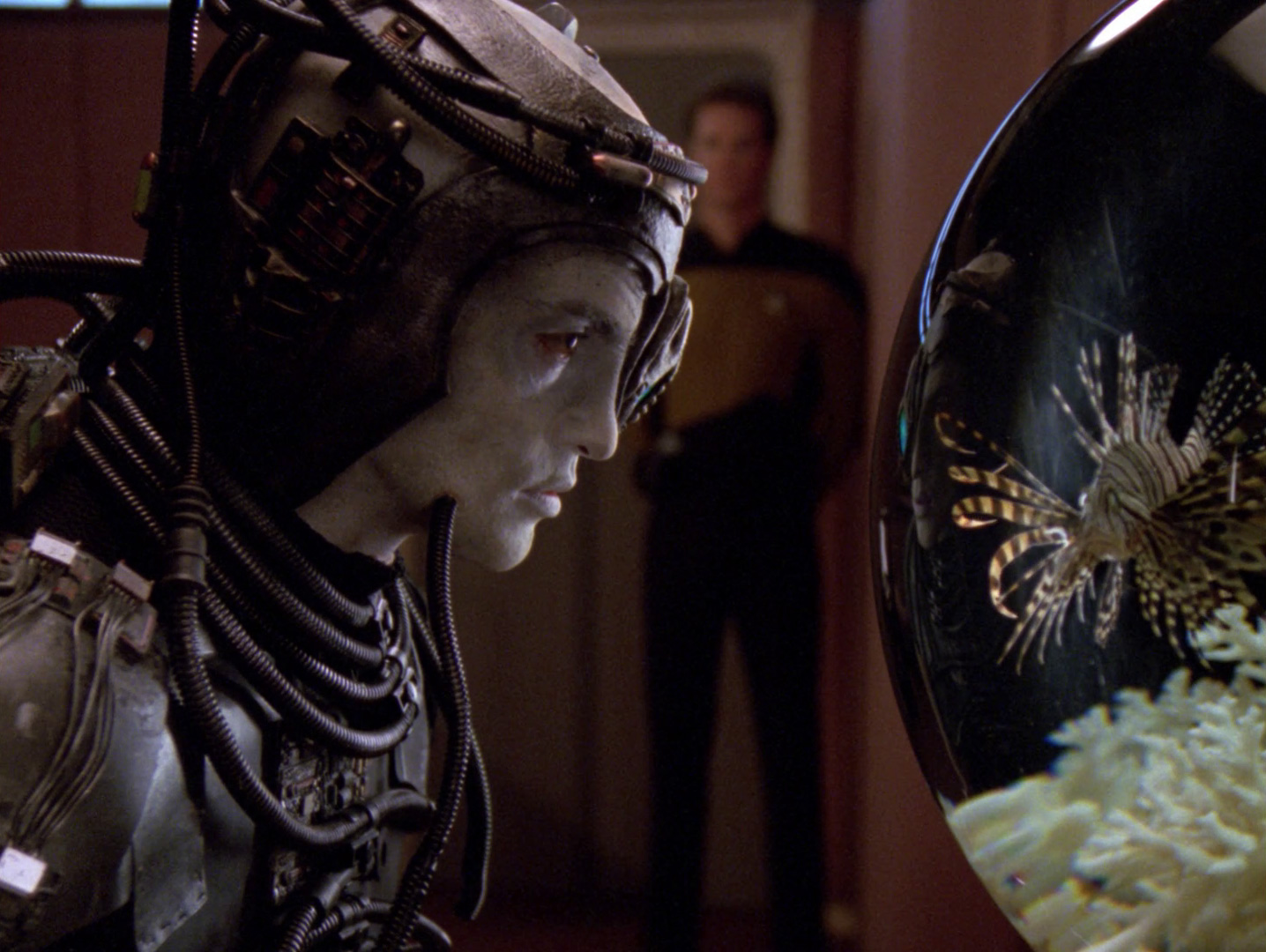 Livingston was a lionfish kept by Captain Jean-Luc Picard in his ready room aboard the USS Enterprise-D for the duration of the ship's existence. The spherical aquarium was located in the corner of the ready room, next to the viewport. (TNG:...

Take note: in some areas of the Caribbean, lionfish should not be eaten, as they might contain ciguatera toxin.

Huh. I’d only ever heard of ciguatera in barracuda. We went fishing off Ensenada once when I was a kid, but I’d just read about ciguatera a few months before and I wouldn’t eat the 'cudas we caught.

We’ve been eating lampreys a canny long while and all, mind.

Huh. I’d only ever heard of ciguatera in barracuda. We went fishing off Ensenada once when I was a kid, but I’d just read about ciguatera a few months before and I wouldn’t eat the 'cudas we caught.

I always heard it was the bigger barracuda that were poison. In one well known case the coast guard had to come out to save the entire crew of a freighter after they were all disabled from eating a barracuda.

Take note: in some areas of the Caribbean, lionfish should not be eaten, as they might contain ciguatera toxin.

You can’t make a proper bouillabaisse without rascasse.

Didn’t Henry I die of a surfeit of them?