Any idea what the TSA view on this would be?

Why do I ask? It’s “make it up as we go along and then bluster to justify our initial irrational response” same as always.

On a serious note, will the “war on terror” and all this bullshit posturing end in our lifetimes? I feel like the rest of the world will get tired of this sooner or later but that the USA (or the defense industry and their shills in power) really enjoys this quasi-war-footing all the time.

Why is this linked to Amazon’s listing for the product as sold by BJC Products Inc. when Amazon sells it directly for $10 less? 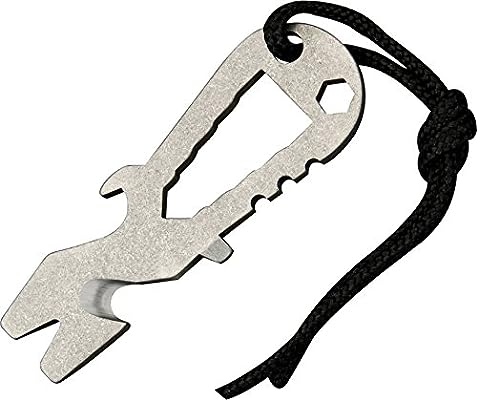 For years I had an Atwood Prybaby on my keychain. I really only needed two things, a prybar and a bottle opener. Bottle opener to prevent thirst, prybar to stop me from prying something with a nice pocket knife. It was just too big:

I sold it at a tidy profit (Atwood’s stuff is crazy on the secondary market) and got a titanium Aphid from BRT Bladeworks. Perfect size and only what I need:

If you are on a budget the Gerber Shard is ok- most modern Gerber is crap, but this works, but would be better (at least on your keychain) if it was flat:

Put it on your keychain, send it through. I typically put my keys in my shoes with all the other detritus from my pockets which they just ignore because it’s not “threatening” enough.

Right now the original main link no longer goes to “BJC Products” but to:
“Ships from and sold by Home and Garden Club.” for 31.61
Meanwhile your link, which I assume when you posted it went to Amazon’s own listing, now goes to:
“Sold by EarthFair and Fulfilled by Amazon.” for 25.72
with
“Sold by Amazon” in the sidebar for 23.19.

(Why would they point you first to another seller when they clearly know they sell the identical item for less? No idea, but I’ve seen them do it before. Wacky.)

I blame people who know how to game the system. When my wife’s book came out new for $20 there were “used” copies going for $65. The day it released. Which means they didn’t even have it yet, all they were going to do was order a $20 copy and upsell it.

Yowza, are Atwood thingies still hot? I have an extra Ti Gasbasby that I would part with, my brother wasn’t interested, probably should stick on the cove or bay.

These are great, no use snapping off a multitool blade as a pry bar, get a tool designed for the job.

My original- beat to crap- prybaby sold for over $300 on ebay… I was shocked… It was a first generation, but still.

And NOW the link is to a $48 version. The point is moot - $30 gets you a leatherman wingman, which is actually useful.
Niteize keychain goober is $5 - you can give one to the TSA every other month and come out ahead. 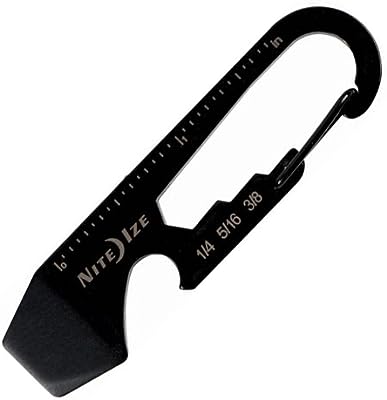 you can give one to the TSA every other month and come out ahead.

What about secondhand multitool pseudo-rental? Land, and at the egress from the airport you can buy one from their pot for some symbolic price. Return to the airport, hand your one over, it goes to the pot.

Of course relaxing the security kabuki would be a better idea.

I have been able to get my hands on a few things direct from Atwood over the years, a couple of ring tools, a keyton, a gasbaby, a couple of others. I couldn’t imagine parting with any but the gasbaby, but I have heard that the secondary market is insane. I keep a fancy chigger on my keychain, and a titanium tool with opener and SAE notches in my pocket.