This is kind of like trying to bring wolves back from extinction if their closest living relative was a species of rat.

They’re claiming that it’s not that big of a deal because marsupials give birth to teeny tiny babies which then go on to develop further when nursing in the pouch, and they could come up with something different for the pouch. But that’s way easier said than done. 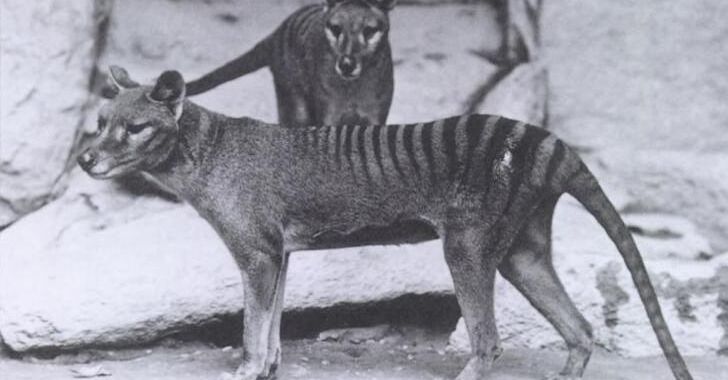 De-extinction company sets its next (first?) target: The thylacine

We killed the last thylacine about a century ago. Can we correct that mistake?

Marsupial reproduction also makes things significantly easier. A marsupial embryo “places far less nutritional demand on getting to the point of birth,” Pask told Ars. “The placenta doesn’t really invade the uterus.” Marsupials are also born at a stage that’s roughly half-way through embryogenesis for a mammal; the rest of development takes place in the mother’s pouch. In contrast to the in utero years needed by a mammoth, the thylacine may only need a few weeks. The marsupial embryos are also so small at birth that the foster mothers can be considerably smaller than a thylacine; Pask said his group plans to work with a fat-tailed dunnart, which is roughly the size of a small rat.

Even after birth, the thylacines would fit in the dunnart’s pouch for a short period, and Lamm is excited by the prospect of developing an artificial pouch to get the animals from there to the point where they can be hand-reared. If not, some larger marsupials could act as foster parents.

Quite a few assumptions and leaps of faith in their plan. Nobody has ever cloned a marsupial before so there are a ton of unknowns even if they were just sticking to existing species.

“Where’s the fetus going to gestate? In a box?” 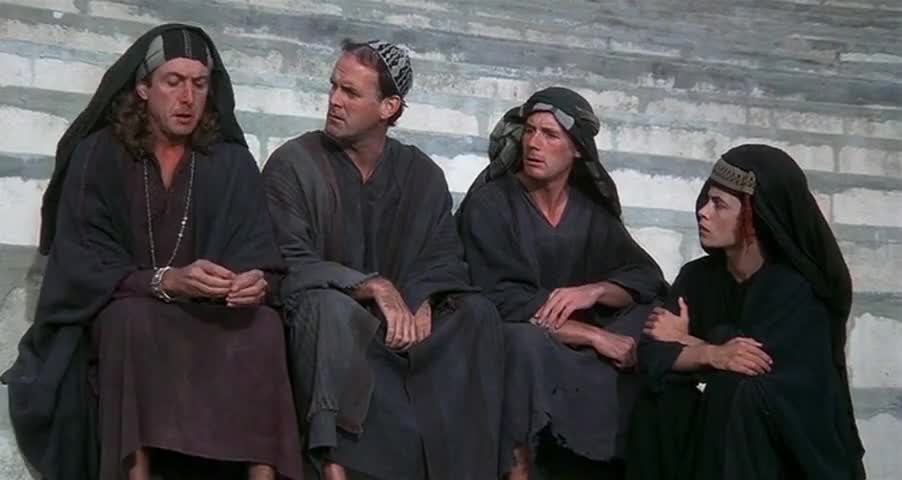 I’m also curious about all the gut bacteria, skin bacteria, and other microflora that in most animals gets transferred from mommy to offspring, as well as the immune system development interactions. To be honest, though, I’m mostly surprised that an ethics committee signed off on this, there seems to be many questions unanswered or with disturbing answers.

Extra word in your headline:

Definitely a scene that has not aged well.

I love the idea of de-extinction.

Though that they’re doing it with thylacines reminds me of the Thursday Next series, where they de-extincted the thylacine, them domesticated it and sold it as pets.

(Only to discover they don’t act anything like the exotic striped dogs their owners kept expecting.)

“Dear Tasmanian tigers, we’re sorry that there’s even less of your habitat than before and that climate change is making things more difficult every day but, umm, welcome back!”

I can see a pathologically over-eager anti-abortion loon reflexively volunteering as a surrogate. There’s your rat. And why? Who the fuck knows.

It’s a shame that John Cleese died*, but he always seemed to be the most right wing of the Pythons.

* Well, he’s dead to me and it’s not like he has done anything notable for comedy in decades.

We get these type of statements every 5 years or so.

I’ll believe it when they actually get one to gestate

They’re all about ten years away, and they always will be.

It’d be cool to see, but let’s be clear: ecologically, it’s no more defensible than wiping out a species in the first place.

For a start, a resurrected species cannot be “the same”, because the epigenetic history – the socialisation, the mitochondrial DNA, the environment – simply doesn’t exist any more. You are making up a new organism, and deciding how it fits into an ecosystem.

And the thylacine’s former habitat has been busy moving on, finding new equilibria which you can either disrupt or not disrupt; there’s no “correct” state to rewind to even if you had that kind of control.

De-extinction is not about conservation, it’s about gardening. It’s surprising how much these things get conflated, given that they’re more or less opposites.