Scientists finally discover why some poop floats and other sinks

Originally published at: Scientists finally discover why some poop floats and other sinks | Boing Boing

My admiration goes out to the researchers who spent all that time teaching mice to use a toilet. That’s dedication!

And keeping it squeaky clean.

I am minded to suggest that they have not really got to the bottom of it (ISWIDT) because I pay a lot of attention to my gut microbiome and the state of my output, as an IBD sufferer…

It’s not just how much gas that is produced in the gut that makes a difference. They do not seem to address whatever mechanism is concerned with getting gas into the stool. Because it is very possible to produce a very large amount of gas and still have poop that sinks.

Also, it was long understood that the healthiest gut produced floaty, near solid (i.e. formed) stool and sinky solid ones were not a sign of health. I forget where, but there was some very ancient (perhaps non-scientific) study showing the aristocrats with their rich diets had sinky solids and the common peasants eating much veg and less meat, had floaty ones.

As to the sinkings, I would have guessed at “poor design” and “low-bid materials”.

I assumed floaters landed on the Ty-D-Bol Man’s boat and sinkers missed him. 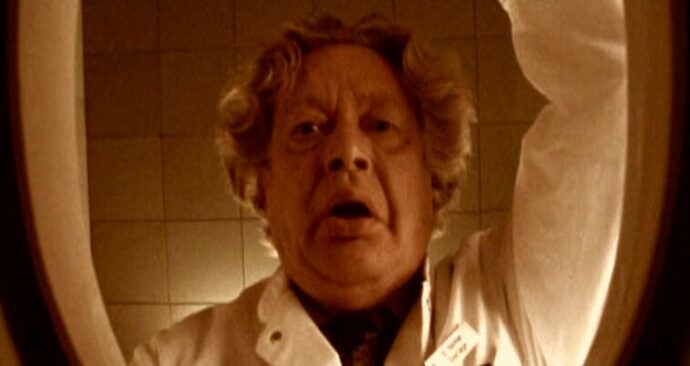 What a time to be alive.

@ChuckV you beat me to it. RIP Stig.

They definitely need to be nominated for the Ig Nobel Prize.

That was because of dietary and health research on prisoner’s diets with less refined foods and bread vs. the rest of the wealthier populace eating a more processed European diet - in India, during British rule IIRC.

Besides, how do you know that cancer won’t be cured by studying mice poop? Stranger things have happened!

I thought it was related to fiber content. More fiber equals more floaters.

They do not seem to address whatever mechanism is concerned with getting gas into the stool.

We can assume that the gas responsible for buoyancy is released by bacteria embedded within the turd matrix after it has become (semi-)solid, because dissolved gas won’t contribute to buoyancy, and gas produced around a solid turd will emerge as a fart.

Some of the embedded bacteria may have come from a particular meal, but assuming that’s been controlled for, we’re only interested in the embedded bacteria that came from the gut lining. It may be that some species tend to stick to the gut while others are more easily shed and hence mix in with the shit in greater quantities. The amount of bowel mucus may affect this too.

Or perhaps it depends on where in the GI tract the turds become solid; the earlier it coalesces, the longer the incorporated bacteria will have to produce gas bubbles; the process will be very much like proving bread dough. Similarly, you’d expect buoyancy to vary in proportion with overall transit time.

Also like yeast, gut bacteria will need specific inputs to produce gas. If you have more or less of an enzyme to break down, say, starches – or if you eat more or less – then that will affect how much gas is produced by bacteria that turn starch into gas.

If breadmaking is any guide, the amount of dough rise / fecal buoyancy depends on so many interconnected factors that you really can’t infer much from that alone.

What, you think investigating the relationship between gut flora composition and easily observable symptoms might ever lead to practical knowledge? Seems sus to me.

You are of course correct.

I had a feeling it was A British survey in early Victorian times. But you could be correct. Hard to find that sort of thing these days, and I must have read it 30-40 years ago.