Seattleites: You'll soon be able to hitch a free ride in a 1967 Checker Cab

I’d move to Seattle just for this

I still remember riding in one of these. 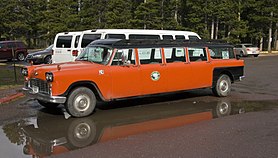 The Checker Aerobus is an automobile manufactured on two different wheelbases by the Checker Motors Corporation from 1962 until 1977 (although none were built in 1975). It was offered as seven- (including the tailgate) or nine-door station wagon, and as a six- or eight-door sedan. Meant primarily to serve as an airport shuttle, as indicated by the name, it is an extended version of the iconic Checker Marathon. From its introduction through the 1964 model year, the Aerobus used Chrysler V8s, but...

I thought the Marathon and the Cab were two different vehicles? I’ve driven a Marathon and ridden in many of the cabs, but it was too long ago for accurate memory.

Some would disagree, but I believe a prank shouldn’t hurt anyone. I believe that pranks should instead invoke “surprise and delight.” It gives value not pain.

I knew I liked you for some reason!

One of the last of these running in NYC was/is “disco cab” checker cab decked out with shag carpet and miniature disco balls. He’d pull up and shout “welcome to disco cab!”. Always playing funky 70s tunes. Miss that guy.

I thought the Marathon and the Cab were two different vehicles?

IIRC Marathon was the model name for the model as a non-fleet/taxi sedan. Same car. Different trim.

Casually people refer to the model as a marathon. And any cab built out of a civilian model is technically a Marathon rather than a number designated cab. 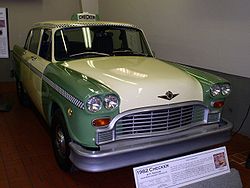 Checker Taxi was a dominant taxicab company that was based in Chicago, Illinois. Checker Motors was an American car company (formerly: Markin Automobile Body). Both companies were owned by Morris Markin by the 1930s. The Checker, particularly the 1959–82 Checker A series sedans remain the most famous taxicab vehicles in the United States. The vehicle is comparable to the London Taxi in its internationally renowned styling, which went largely unchanged from 1959 to keep production costs down. Mo...

I’d bring my wife along, but with the older cab and safety standards being what they are, I’d be worried about bringing her to a…

I’m committed to having Miss Direction’s ’67 Marathon Checker Cab on the road by November 11, 2018.

You’d better, now that I’m all excited and stuff.

Girl I knew in college had an old Checker she drove around it, very cool ride, roomy as all get out in back.