I am grateful that some are doing the down and dirty work of infiltrating meetings like this.

Well, if this is their best plan — getting hired — I’m not too worried.

Getting elected to the White House, now that’s more troubling.

People always ask me why I spend so much time tracking Scientologists and their companies. I say “Practice.”

Yeah, when I hear the phrase “white nationalist activist” the first image that comes to mind is a well-educated tech geek with a white-collar coding job and management track potential. Can’t you just see this Seattle genius making his way up the ladder at Microsoft: 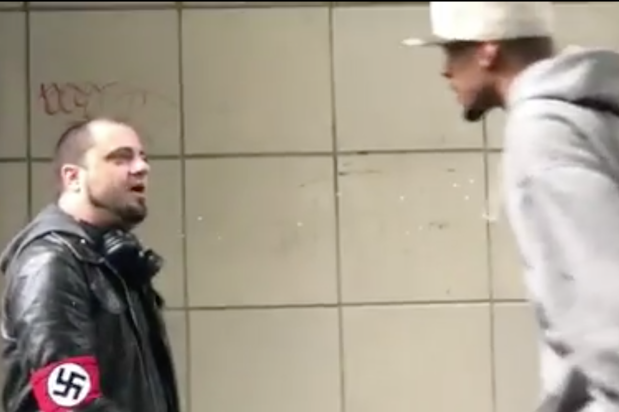 What exactly is this Dr. Greg Johnson a doctor of?

Edit: Now that I’ve read the article, I can answer my question. He’s described as a “former philosophy professor,” which I hope means that he was fired and can’t find any university that will hire him. I’m curious to find out where he got his PhD and which schools he has taught at.

Yeah, when I hear the phrase “white nationalist activist” the first image that comes to mind is a well-educated tech geek with a white-collar coding job and management track potential.

Don’t falsely equate them with stupidity. If you underestimate people like this, then you make it easier for them to hide while furthering their agenda.

What exactly is this Dr. Greg Johnson a doctor of?

A quick Google brings up a Houston chiropractor. Normally I’d assume that he was a different Dr. Greg Johnson, because no-one would be stupid enough to destroy his own reputation and business by public association with Neo-Nazis. Then I remember: Neo-Nazis.

[still, I doubt it’s the same guy. I’m sure that the Nazi Dr. Johnson holds a different but useful degree from a reputable institution of higher education]

Don’t falsely equate them with stupidity.

Did you read the original article about the meeting? I’ve seen more organisational smarts and opsec depicted in the Little Rascals short films.

There certainly is a dangerous neo-reactionary and alt-right element already in the management ranks of the tech industry, but they wouldn’t be caught dead at a meeting of these clowns and don’t need their “help”. From the article:

According to my observations, the standard Seattle Nazi is a white male under 30 who either works in the tech industry or is going to school to work in the tech industry. “You’re also a coder? Do you mind if I send you something I’ve been working on?” I heard that more than once.

Reading between the lines, I see at best the kind of DeVry and ITT Tech students and grads who don’t make it very far up the ladder in major tech companies, assuming they get hired at all.

I’m saving my concern about fascists in tech for well-credentialled and well-connected people who are given real power, like the Google Misogynist and Peter Thiel and the legions of white Red-Pill and Randian tech bros who are already turning the industry’s culture into a cesspool.

This exploits a bias in HR rather nicely - that people tend to hire people they like and who are close at hand rather than looking for people who have demonstrated competency, who might not be nearby.

And don’t imagine it’s not possible. The line dividing the Google Misongynist from these guys is a thin one. Steve Bannon is still around. Trump is in the Whitehouse. Incompetence is no barrier to success for these people.

That’ll only get you so far. Carnegie Hall at best. 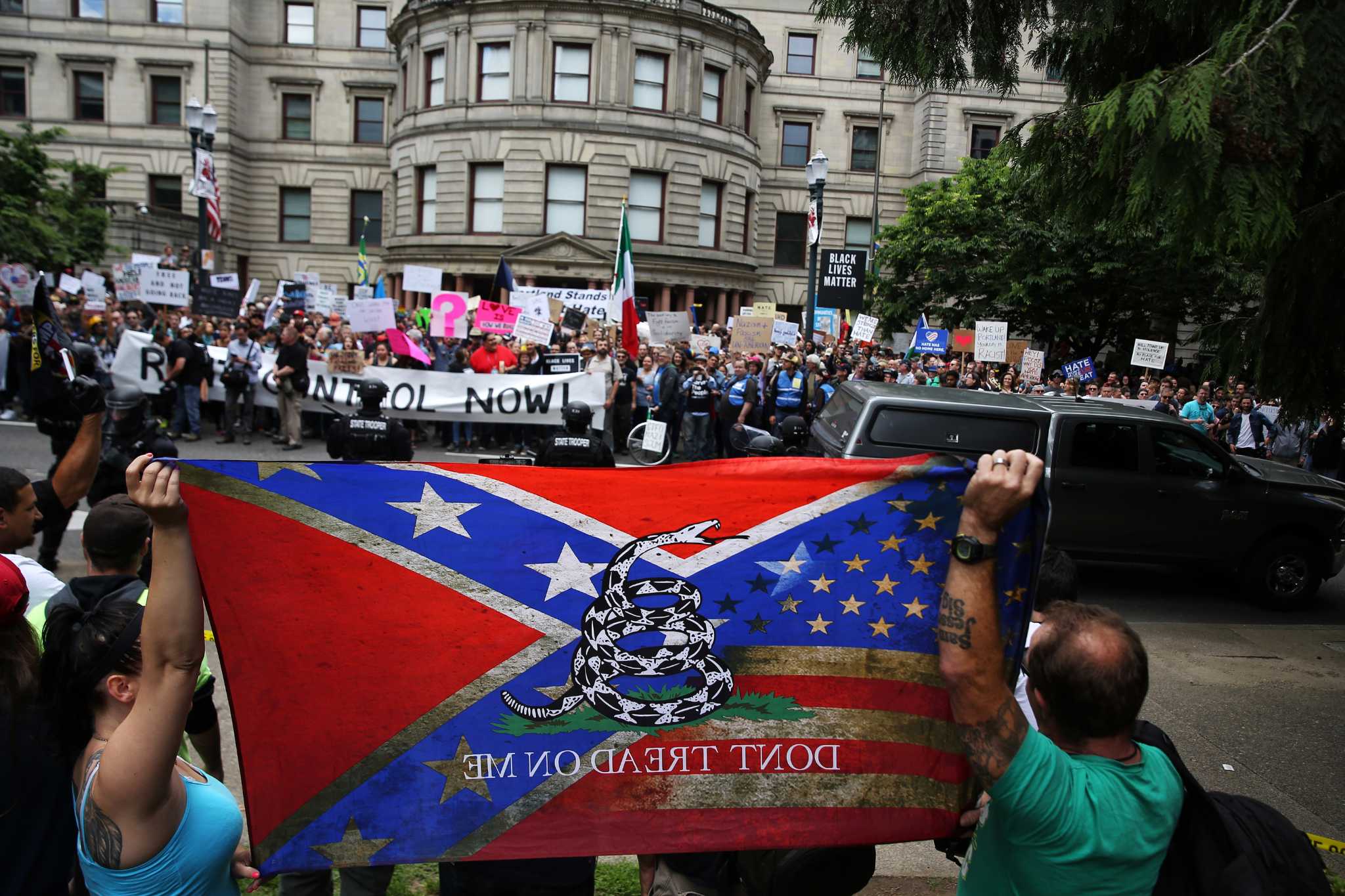 The notion that Seattle is suddenly swarming with white nationalists probably isn't accurate, but the idea that there are racist groups operating quietly yet easily inside the city is chilling.

So basically this guy just stated out loud the status quo?

One person who attended the conference is a ceramicist who made a Hitler teapot. 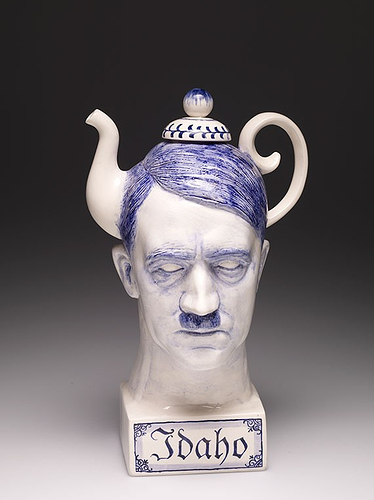 You can keep repeating the “Racists are all dumb, we don’t have to worry about them” line as much as you want, it won’t make it true. You do remember that virtually all of the clowns at Charlottesville were college students, and not of the ITT Tech variety? That those guys are just the ones who happened to go, and their circle of friends at their universities who hold the same attitudes and will soon be working in professional capacities around the country?

This “racism is just stupid lower class people” is not surprising. The upper and upper-middle class just views racism as gauche, a matter of bad taste rather than an actual problem. Since they benefit from white supremacy, of course they don’t care about affecting real change, but they can’t not be against it, so they make it out to be something distasteful rather than an institutional problem. That way, instead of a societal failing they can make it out to be a personal failing.

You can keep repeating the “Racists are all dumb, we don’t have to worry about them” line as much as you want, it won’t make it true.

“Once ze rockets go up, who cares where zey come down. Zat’s not my department…”

And yes, quite true, but those Nazis were also already high-profile and world-renowned scientists with a track record of delivering technological breakthroughs. NASA wasn’t hiring the guy with the equivalent of an associate’s degree in technical drafting who became the political officer at Peenemunde.

Would an American big tech company hire a world-class scientist who was also an avowed Nazi? Putting ethics and morality aside (as most psychopathic corporate “persons” do) I still have to wonder, since self-interest regarding PR and image is still a factor.