Stereo photographs induce nostalgia not only if they are old historic shots. Photos of kids, relatives and acquaintances, particularly those not seen for a while, are particularly affecting or poignant when viewed in stereo. It’s worth taking your own shots, without much regard to quality of composition. (With a single camera, this requires a static, cooperative subject – still worth it.)

Did anyone else have one of these as a kid, and thought it was fun way to look at pictures, even though you (like me) totally missed the point because you’d close one eye to look through it?

I only learned the thing was a stereoscopic viewer many years later! At the time, closing an eye seemed natural, as if you were peering through a telescope or kaleidoscope. (I’m sure I treated binoculars the same way.)

I love mine. I’m slowly reassembling my collection from my childhood. I do really love the bakelite versions of the viewers, they are much better constructed to take a beating from children. My four kids sometimes love the viewers and ask to see reel after reel, but a lot of the time, it’s just not as attractive as their screens. The Disneyland reels have the most appeal; they like to see a place they’ve been and what it looked like “long” ago. They aren’t too interested in retro-exploring places they haven’t been, but some of the flower and animal reels are popular. They can’t quite fathom my interest in all the old NASA reels, but I’m hoping they grow into that.

I had the Thundercats reels. Sadly, they were probably tossed many years ago. My family has a habit of getting rid of things and teling me later. Like my grandmother’s piano. Not that I’m still (very) bitter :-/

i keep a viewmaster and a recipe box filled with reels in our main bathroom. people are always telling us that it’s a brilliant way to pass the time in there. of course, now we compete with smartphones for that window, but anyway.

Photos of kids, relatives and acquaintances, particularly those not seen for a while, are particularly affecting or poignant when viewed in stereo.

I recently found my old Bakelite Viewmaster, in its original box. I believe it was originally my big brother’s from the 1950s, since my sister and I grew up with angular gray plastic ones in the 70s. My kids were fascinated by the few reels we had in the box, so maybe I’ll track some more down.

I had a Flintstones reel. I can’t remember a damn thing about it except that instead of drawings there were models of the Flintstones and their prehistoric world. Maybe that’s why I don’t remember anything about it–I was too entranced by the fact that someone made these little figures that the story was unimportant.

The Viewmaster Viewer was also great for preserving civilization. 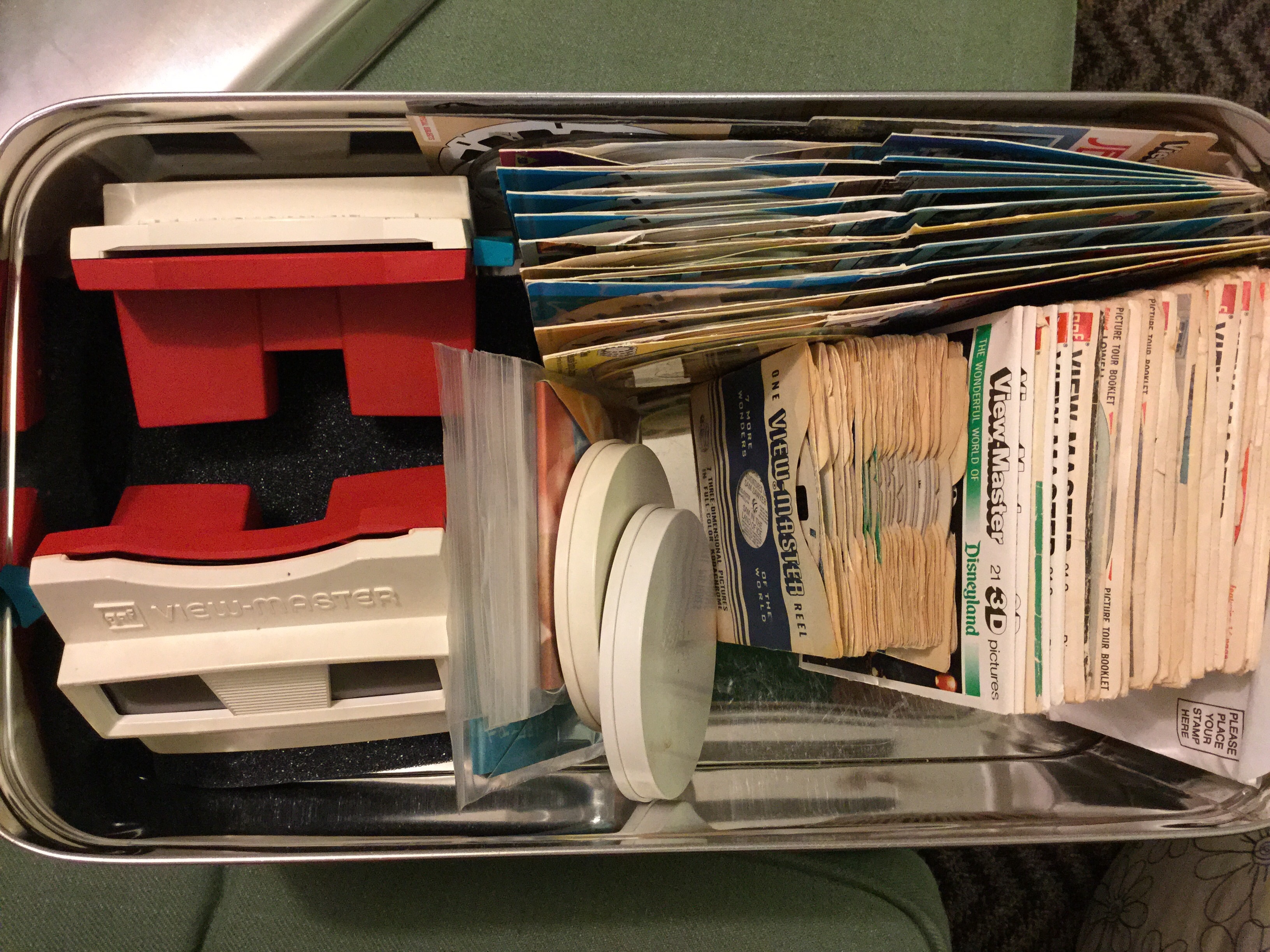 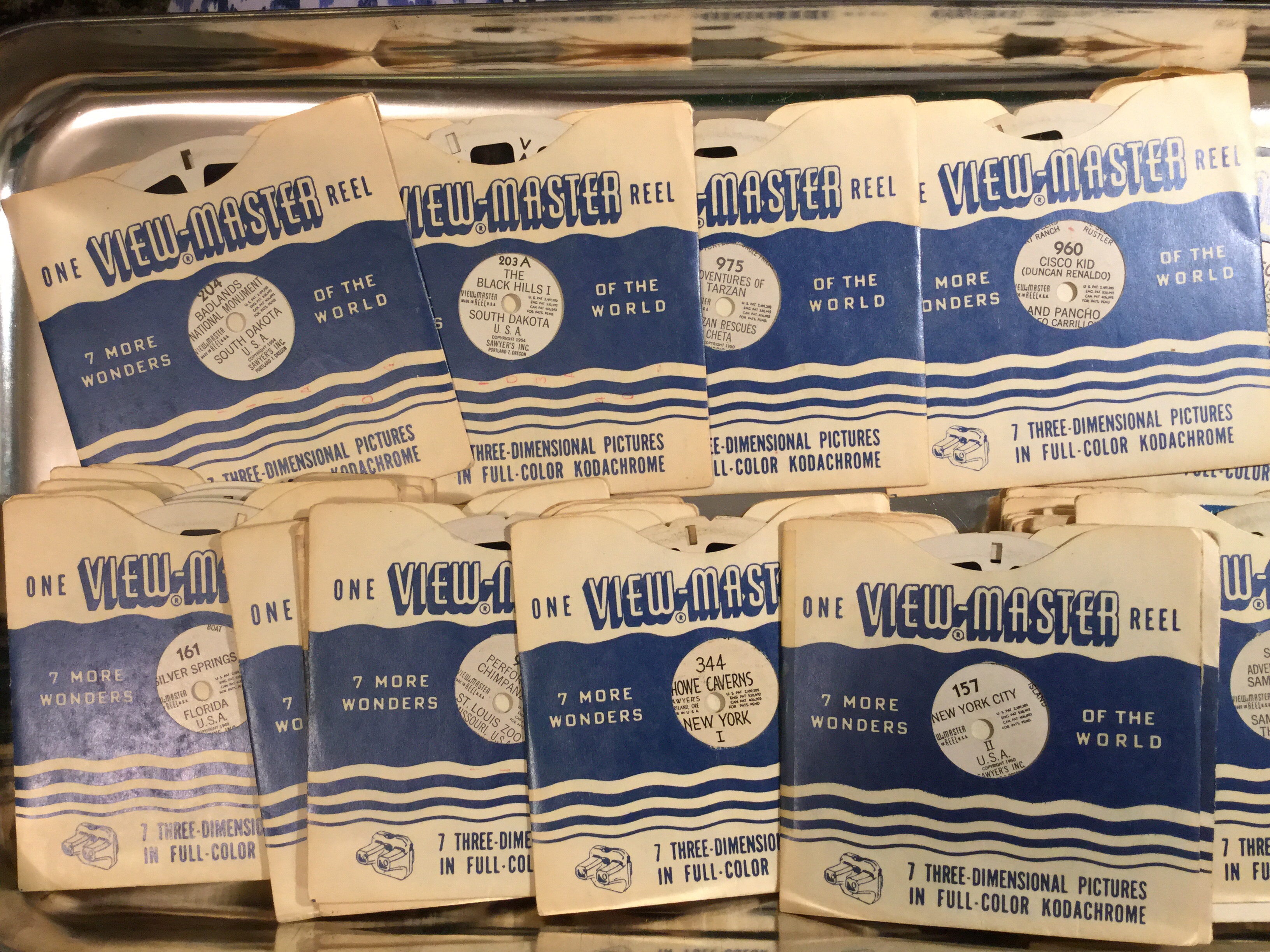 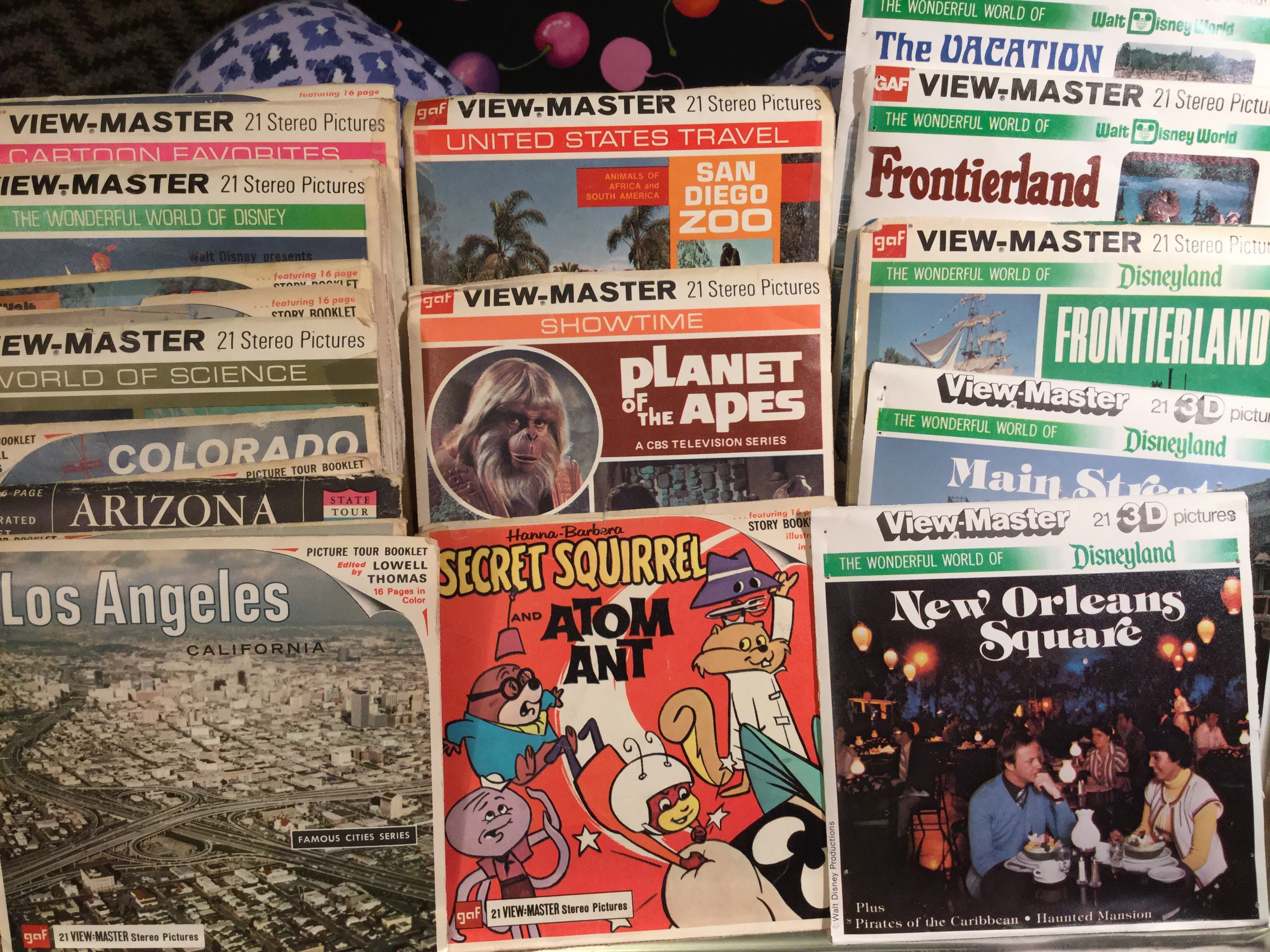 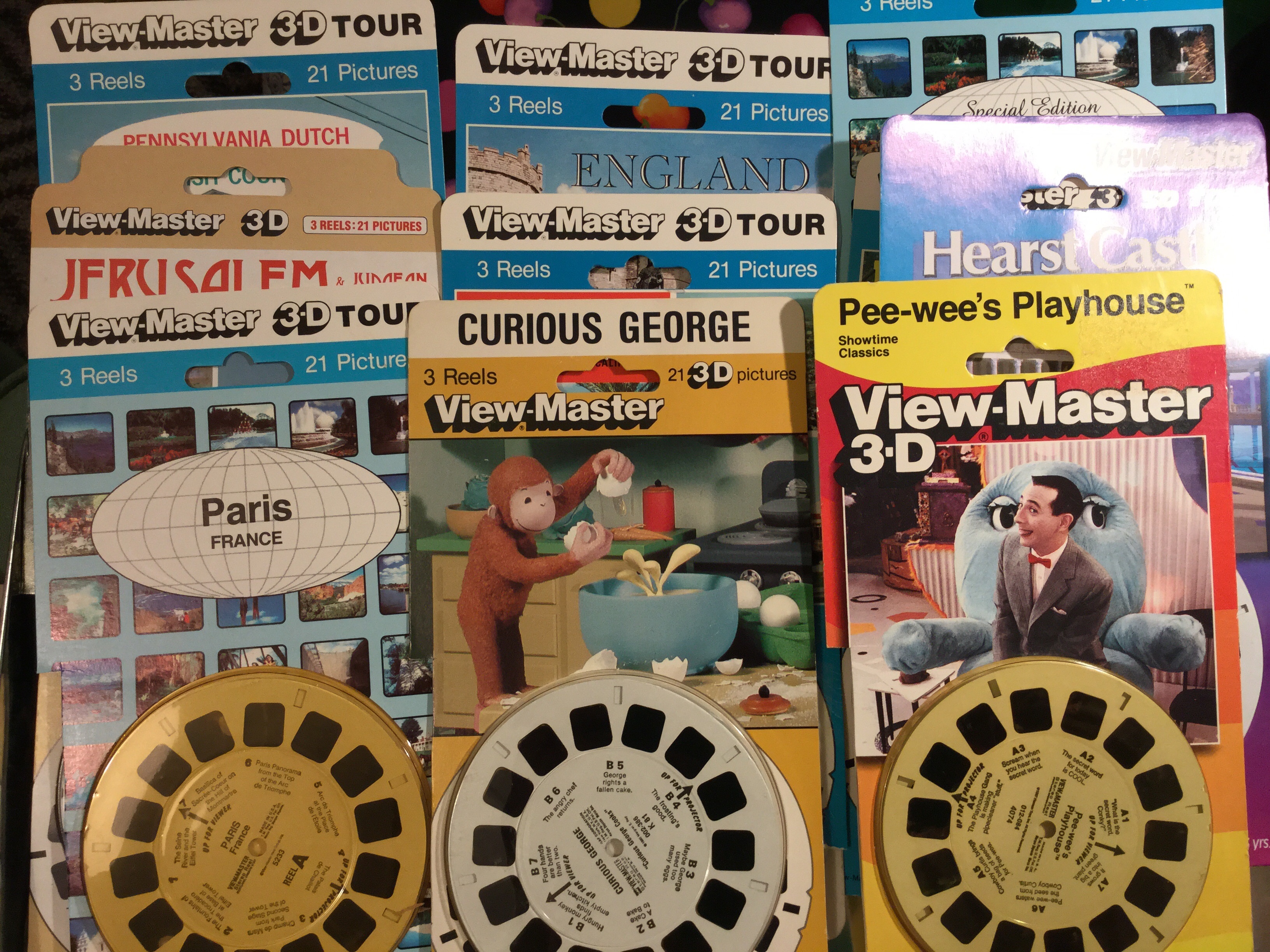 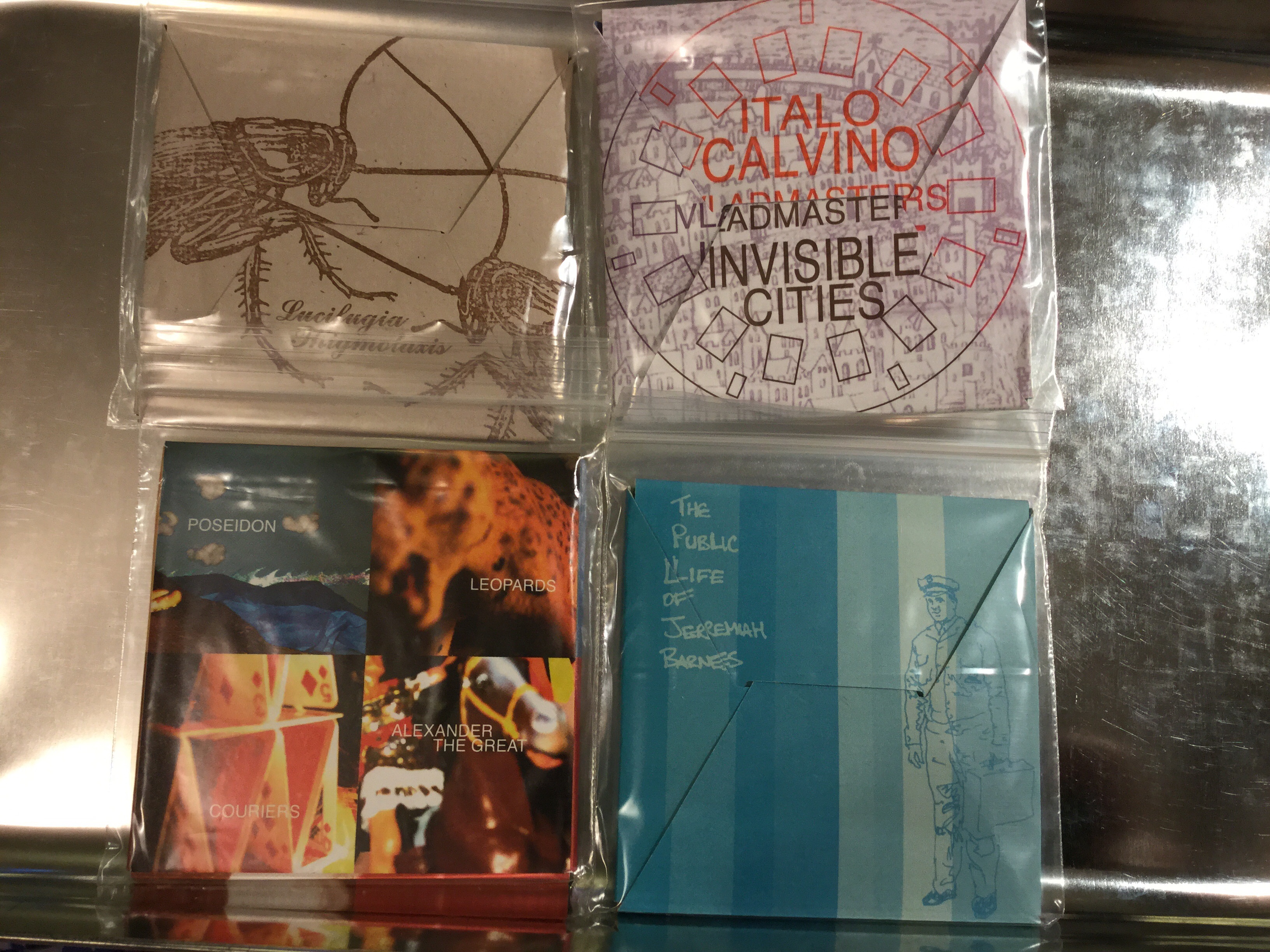 The Pee Wee Herman show set has some great optical effects shots in it.

I remember having a Viewmaster, but I can’t remember what reels we had. Not many.

I do remember wanting one of these things really, really badly, though. Until I tried one. 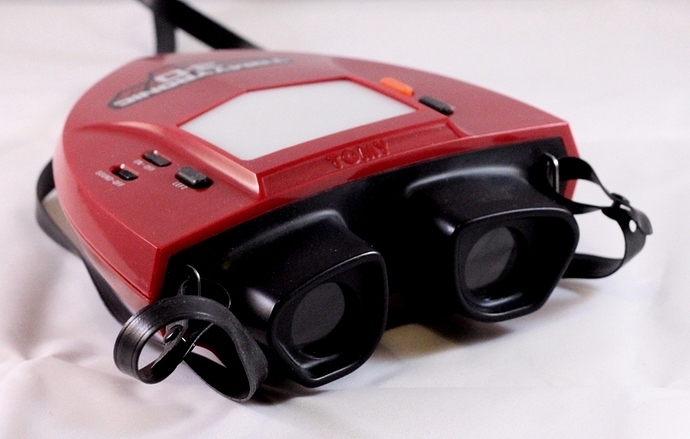 We are not worthy!

i’m sure someone is porting it to the Oculus

I dunno, but it’s made by Tomy, and I have vague memories of all their shit being really sucktastic when I was a kid.

There’s a 50’s themed restaurant in Disney World where the desert menu is on viewmasters.