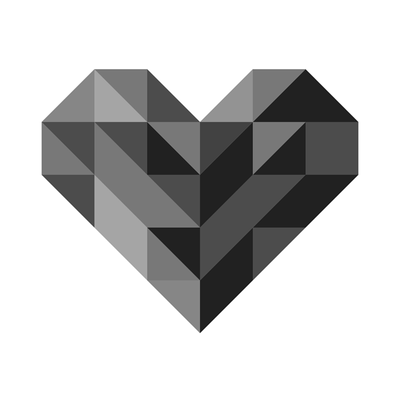 In light of the recent attacks against my artistic integrity, I am retiring from all public life.
1 Like
SteampunkBanana January 10, 2014, 8:02pm #2

Calling him out for copying is all it took? I wish I’d known that before Transformers 2.

So you liked Crystal Skull?

What are you talking about? I’ve never heard of that movie.

You guys are all Shia LaBeouf sockpuppets anyway.

You guys are all Shia LaBeouf sockpuppets anyway.

Hmm. I witnessed an interesting reaction from Shia.

I followed Daneel’s links through to the original tweets. Upon seeing the #stopcreating hashtag, I reflexively started singing Fleetwood Mac’s Don’t Stop. Now, given that I am equal parts natural asshole and student of Weird Al, I immediately start bending the words to fit the situation. Don’t Stop, thinking of what to borrow just leaps to mind. I do a superficial google to see whether that joke had been made, and not seeing any that fit in this context I proceed.

So I spend a couple of minutes tinkering out a tweet-sized version of the lyrics and get ready to post it as a reply along with all the other amateur comedians*. And, right before I do, he posts a picture of skywriting #stopcreating. I was in prima position to claim first reply, and I did (FIRST POST!).

Before he deleted his tweet and then re-submitted it.

I don’t have screenshot proof, because I thought all of his twitter antics so far were to be provocations (however lame and ill considered they may be considered in some respects). I did not expect him to play the memory hole game. Though, by way of proof, he also deleted the original #stopcreating tweet, orphaning a whole other stream of responses, including this gem by @kellyoxford https://twitter.com/kellyoxford/status/421754064720756736 Which, by the way is a lot similar to Shia’s picture I got first reply to, of which the new one is now https://twitter.com/thecampaignbook/status/421780784551591936

Which itself looks like a Glenn Brownian modification of this image, sent to Shia hours earlier: https://twitter.com/drugsnotcaring/status/421746036193763328

You can also see the #stopcreating tag appear a good 3+ hours before any mention of the tag appears in his timeline https://twitter.com/HuffPostEnt/status/421728283857002496

My point is, he’s behaving as if he’s only interested in a subset of responses to his provocations. And, given that he’s been trying to claim the high road that “all art is theft” saying stuff like

we used to sit in a circle around a campfire
and tell stories and share them
and change them and own them together
because they were ours - https://twitter.com/thecampaignbook/status/420621688175616002

I used to entertain 3 hypothesis 1) he’s trying to make a coherent artistic statement about copyright and remix culture, 2) he’s unwell, either chemically or mentally, or 3) he’s an asshole.

To me, this sadly eliminates the first option, which I had been hoping for. Those that paint seeking only the selected responses from their audiences are not artists, but have crossed to the dark side of propagandists.

*on twitter no one knows you are a dog, but everyone is a fucking comedian.

I also enjoyed reading about his more-method-than-thou antics on Fury:

An item in the paper’s showbiz diary suggests that LaBeouf pulled one of his own teeth out, and failed to wash himself during the entire shoot, the better to replicate conditions of life on the frontline in the second world war.

For the record, I thought he was amazing in Fury. Movie didn’t quite reach the anthemic stuff it was shooting for, but … he’s a good actor. No question. Looks like his next project is this?

Directed by Dito Montiel. With Shia LaBeouf, Jai Courtney, Gary Oldman, Kate Mara. In a post-apocalyptic America, former U.S. Marine Gabriel Drummer searches desperately for the whereabouts of his son, accompanied by his best friend and a survivor.

I guess I can tolerate quite a bit of crazy from actors provided they’re, y’know, good at their job. Nice to have a sense of humor as well, which he seems to have (see end of above video).

Shia has so far neither confirmed nor denied that his new residence will be a small cottage deep in the woods.

I think this is right. His personal issues aside, I think he’s still grappling with the metamoderism stuff, but doesn’t fully have his arms around it. But he’s wrestling with it publicly more than anyone, and I expect his best contributions are yet to come.

This topic was automatically closed after 1134 days. New replies are no longer allowed.