Even though I protested the building and opening of nuclear power plants in the 80’s, I increasingly feel that new nuclear power plants could be the solution to growing electricity crisis. That has to take place in conjunction with a redesigned/rebuilt grid AND with a solution to the waste issue put in place and tightly regulated (and I do mean tightly). But man, if we had just rolled out wind, solar and other renewables more quickly over the past few decades, we wouldn’t need to consider it. Geothermal, in the USA in particular, hasn’t been tapped near enough (pun intended).

I look forward to watching these videos soon as I have a work break.

I am and always have been a fan of atomic power and I’m glad to see some folks realizing it needs to be part of the mix, not least because in the facing of growing drought, we’re going to have less and less overnight electrical storage (the mechanical stuff is interesting, but nothing is as easy or cheap as hydro for storing power), and you need more baseload power.

Early on in my career as a lawyer I did a ton of work for Calpine on the Geyers projects - it’s a neat technology – Utah is doing a bunch of development right now.

I’m not opposed to new technologies for nuclear energy if we moved away from U-235. I have heard [citation needed] that the reason we’ve focused on 235 technologies is that the fuel and enrichment technologies could serve double duty for nuclear arms development – of course, while having the side effect of particularly nasty waste products. There are other nuclear fuels available that are promising and create waste that is far less radioactive and easier to manage, but (“unfortunately”) do not involve advancing related technologies that are relevant for murdering people.

I keep hearing about thorium reactors as a possible safer alternative to 235, but someone who actually knows more about atomic energy could probably contribute something more meaningful. 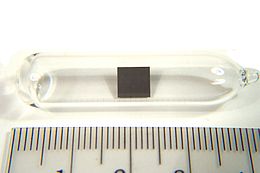 Thorium-based nuclear power generation is fueled primarily by the nuclear fission of the isotope uranium-233 produced from the fertile element thorium. A thorium fuel cycle can offer several potential advantages over a uranium fuel cycle[Note 1]—including the much greater abundance of thorium found on Earth, superior physical and nuclear fuel properties, and reduced nuclear waste production. One advantage of thorium fuel is its low weaponization potential; it is difficult to weaponize the urani...

I increasingly feel that new nuclear power plants could be the solution to growing electricity crisis.

Nevermind the electricity crisis. We have a climate crisis on our hands. Nuclear may not be the ideal solution, but I don’t see how we can transition away from fossil fuels fast enough without it. The risks of nuclear power are scary, but we are frogs in a boiling pot with fossil fuels.

80’s plants were huge monstrosities designed to generate power AND fuel for weapons.
The potential for a big oops was huge. 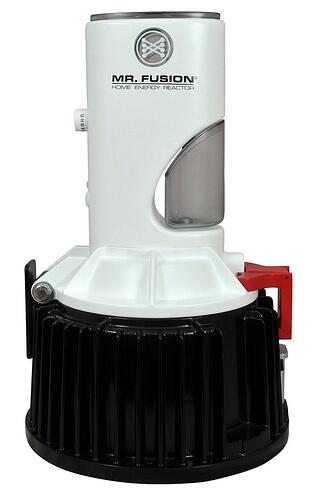 Added a little more for clarification. The problem in the U.S. has been corner-cutting on things like containment and waste management in order to enhance shareholder value. The Soviet industry that brought us Chernobyl was effectively another form of this, with profits going to the politically connected. In Japan, of course, you get to throw in ownership by organised crime syndicates.

Nuclear fission is a transitional energy source we now have no choice but to consider. It should be in the hands of organisations with the right priorities.

And, of course, navies all over the world have ships powered by nuclear power. Not to say that the navy is an organization with the right priorities, but it does go to show that smaller scale nuclear power can be done in practice.

I increasingly feel that new nuclear power plants could be the solution to growing electricity crisis. That has to take place in conjunction with a redesigned/rebuilt grid AND with a solution to the waste issue

Indeed, the waste issue is extremely important and is mostly a political / public policy issue rather than a technical one. There’s probably no better long term waste storage option than Yucca Mountain (which is pretty geologically stable and far away from major population centers) but the locals (understandably) don’t want the rest of the country trucking their nuclear waste there. So until we figure out where to put the stuff we’ve got a really bad status quo, with waste remaining on-site at decommissioned power plants such as San Onofre in California, which is right on the coastline, subject to corrosion, coastal erosion, earthquakes, tsunamis, you name it.

I took a college course in nuclear engineering, and I do think there are ways to design little power plants like this with inherent design features that make catastrophic melt-downs next to impossible. But there’s not much point until we have an agreed-upon plan in place for waste disposal. 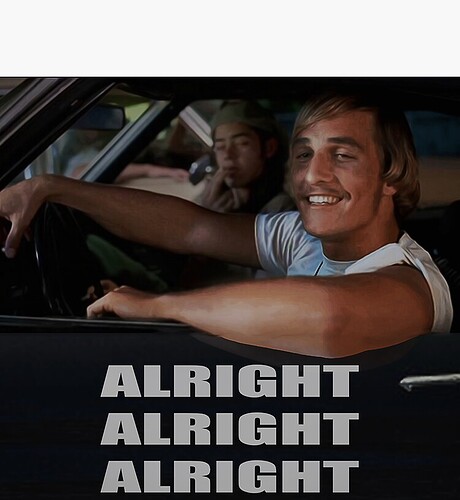 What do you mean? Are you thinking of alpha particles, or are you saying they vent out radionuclides like exhaust? Because the latter is nonsense.

A typical coal plant puts out a lot more radiation, in the form of radioactive isotopes in the smoke and ash, than a nuclear power plant.

I think you underestimate the water requirements of a bog-standard nuclear plant.

ETA: Not to say that I oppose this effort, just pointing out an oft-ignored aspect of NP generation.

I think fission is the necessary evil at least as long as capitalism is in the driver’s seat since so much of our industries are energy hungry. It would be a right pain in the ass to unwind the construction industrial complex that has the US hooked on AC rather than using the right building materials and passive cooling (you can even do this with taller buildings from what I’ve seen) to significantly reduce our power demands on the US grid. For now, just getting us off of coal and other carbon emitting fuels is a step in the right direction.

Nevermind the electricity crisis. We have a climate crisis on our hands

The two go hand in hand. Can’t solve the climate crisis without solving the inherent problems with how we generate all the electricity WITHOUT making new problems. A nuclear, for all its usefulness, comes with a host of problems, starting with properly storing the waste, and moving on through other issues like the waste heat they generate and how that’s put back into the environment which can devastate local waters, etc.

Solutions should not create new problems.

The problem in the U.S. has been corner-cutting on things like containment and waste management in order to enhance shareholder value

And that, right there, is why it currently cannot work in the United States, not without either MASSIVE oversight, which the energy conglomerates will scream about and, if held to it, will pass on the costs to consumers. Or without making our electrical generation public only and ditching the corporate structure that impedes safety and security for profits. Which cannot happen in our current political system because corporations would scream bloody murder to their mistress politicians and get any such action squashed.

Yes, fossil fuels are boiling us alive. But dumping nuclear waste into our world isn’t an alternative, and we’ve already seen just how well corporations manage toxic waste given a lack of oversight (Love Canal jumps to mind). People are going to die if we don’t do it right, and I’m not willing to sacrifice more people, who will likely be the least privileged of us all, the poor and marginalized and minority communities, which is exactly where they will dump this shit.

The reason enriched uranium became the standard fuel for reactors is because most of the world - with the exception of the UK and Canada - went down the light water moderated route for power reactors. Light - i.e. normal - water absorbs sufficient neutrons that it can’t sustain a useful chain reaction with natural uranium, so a low level of enrichment is used to provide extra reactivity.

The UK chose graphite moderation and carbon dioxide cooling in two generations of reactors. Magnox used natural uranium because it was simple and had the bonus of producing mountainous quantities of plutonium needed for - reasons; the later Advanced Gas Reactors - the most efficient power reactors ever - used enriched uranium. Canada went the route of using heavy water in their CANDU reactors which can use natural uranium, but they usually use a very low level of enrichment for better efficiency.

As for thorium, it sounds like a lot of trouble to have a reactor design where the entire coolant circuit becomes intensely radioactive and contaminated with fission products when water cooled, water moderated reactors do the job just fine. We’re not running out of uranium any time soon and we have a mountain of plutonium to get rid of that could be put to good use as fuel.

Sure, coal is worse than nuclear. Nobody, exceept for coal plant owners and investors would disagree with that.
However, you know there are other, better options that cost way less, have no poisonous emissions and the “fuel” is free!

So it looks like these are still Uranium powered? Which is fine, but I fell down a rabbit hole about Thorium reactors and it seems to me, they are a better, safer option with more manageable waste.

In fact, it sounded too good to be true. That the reason they were never set up past prototypes is the governments making the reactors wanted the Plutonium waste for bombs. I tried to find other videos busting them as pipe dreams, but thus far have not found them.

So, I keep trumpeting the idea of Thorium reactors, hoping what was said about them is true.

Nuclear has a high up front costs, but the costs later down the road are much less. The good thing about nuclear is stable, consistent energy that can be ramped up and down to meet demand. Remember an electrical grid needs to be constantly putting out how much power the demand is. Too much power and it overloads the grid, too little and you get brown outs. Nuclear can provide a base line stability that can increase or decrease based on the input from the other renewable methods.

Solar, wind, and other renewables should absolutely be part of the energy grid. But nuclear I think has a place there too and

Fun fact - I didn’t end up going into engineering at K-State, but I did get to tour their small nuclear reactor they have there. Professor there by the name of The Purple Professor was head of the department when I was there and a delightful speaker.

Indeed, the waste issue is extremely important and is mostly a political / public policy issue rather than a technical one

In the sense that we aren’t going to come up with a technical solution any time soon? So we’d better pick one of the bad ones?

Because as far as I can tell, we don’t have a good technical solution and have no prospect of ever finding one.

Other commenters here may be right that getting off fossil fuels will require us to ignore the problems with nuclear but I don’t think it’s a case of ignoring the problems based on a prospect of finding a solution to them in the future.

It’d be a case of accepting the problems and going ahead anyway because the alternative is worse.