If we keep jettisoning pieces of Wright brothers’ planes into space there won’t be anything left by the time we send our manned mission to Pluto, and then how silly will we all feel?

Hopefully by then we can go pick up the pieces we left in various places.

pick up the pieces

Teutul Sr has entered the chat…

A piece of muslin from the Wright brothers’ first airplane

When I was in the Smithsonian about 9 years ago I was amazed how close they let you get to that plane. It wasn’t hung from the ceiling like in the old days, but in a special display at ground level and close enough to reach out and touch. It looked great in part due to the fact that they replaced all the fabric in a 1985 restoration. That was actually the second replacement, with the first one happening in 1927 under Orville’s supervision. So I wonder if this fabric sample was part of the truly original fabric or if it was the 1927 replacement fabric.

This one time way back in the early '90s my friend and I were tripping on some excellent LSD at that Carillon Historic Park in Dayton. Having only ever hung around the bell tower itself, we went into the woods around the dusk twilight and stumbled across the historical village they got hidden back in there. Seeing all these tiny old buildings (some with steam-powered vehicles or other arcane machinery inside) from the 1800s, while on strong blotter acid, we were all but convinced we had discovered some kind of gnome village that only existed on the lysergic plane

It’s to appease the machine spirits. The Adeptus Mechanicus will be pleased.

I am eagerly anticipating the inaugural flight and i know they are prepared for it to fail but i do so hope it doesn’t. Nasa posted a gif of the deployment test a few days ago and i’m wondering if it tips over or something whether the rover can give it a helping hand. 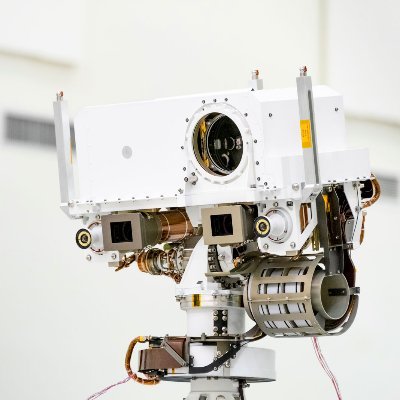 Lots of activity next week as I get ready to drop off the helicopter for its test flights. It’s tucked underneath me behind a protective debris shield, which will be the first thing to go. Here’s my team testing some of what’s coming up: https://t.co/CWwtGw87EX
2 Likes
CLamb March 24, 2021, 9:18pm #10

And reassemble them for flight on another planet!