Sochi: the most corrupt Olympic Games in history

They beat out Beijing? I’m impressed.

So how many more of these disgusting displays before the world decides enough is enough and puts a stop to this kind of garbage?

I thought “Olympic” and “corrupt” were basically synonyms at this point.

The olympic spirit celebrates the continual effort to overcome old records. Last Olympics may have been corrupt; but the IOC has chosen you, because they believe in you, to show the world just how much more corrupt they can be!

(More realistically, given that Russia’s proposal was the mind-bogglingly stupid “Hey! Let’s put the winter olympics in a subtropical war zone, rather than just about anywhere else in Russia!”, the IOC must have just swooned when Putin’s intoxicating musk of money and abusive state power washed over them.)

As I understand it, Sochi was chosen because it’s a favorite vacation spot for Russian oligarchs and they wanted some sports facilities built near their vacation homes.

It is weird to have all this talk about Olympic security and yet I have not seen much if any recent re-examination of the bombing at the US Olympics.

Well it may be ludicrously corrupt but the important thing is to not take it out on the athletes, who need our support to get medals so they can win those sweeeet post-Olympic advertising opportunities.

Given how staggeringly corrupt it is, I think it’s safe to say that this is one record they’re going to be holding on to for a very long time.

They said that about Beijing, and about Athens. Presumably the next Olympics will be in Nigeria.

beat me to it. on both accounts

So London wasn’t corrupt? It’s extraordinarily difficult to look down on any other hosting of the Olympics by anybody who has hosted an Olympics. As pointed out above Olympics and corruption are pretty much synonymous. On an olympic scale…

It seems to be the most actively homophobic olympics, but corruption is utterly endemic to these shoddy spectacles of masturbatory jingoism. The host country has to win a shedload of medals so does a bit of research into which sports are most amenable to investment i.e. drugs in order to win the goldz.

Time to move on. Or boycott them all on the grounds that they are dehumanising fascist spectacles that legitimise the police state.

Look, the election’s over, and people have moved on. There’s no reason to keep trying to tear down Mitt Romney’s legacy.

Russia goes for the gold!!

You mean the most overtly corrupt in history. The IOC is pretty much made of corruption, it just usually gets disguised better.

So London wasn’t corrupt? It’s extraordinarily difficult to look down on any other hosting of the Olympics by anybody who has hosted an Olympics. As pointed out above Olympics and corruption are pretty much synonymous. On an olympic scale…

With corruption, pervasiveness matters; but sheer scale counts as well. Depending on exactly what costs you include and how creative your accountants are, the London Fiasco cost somewhere between 10 and 15 billion dollars. Sochi, in present estimate (quite possibly before all the cool surprises come out, if past projects are anything to go by) is at 50 billion.

Given that even the most corrupt olympics have, so far, ended up delivering actual infrasturcture, there is a ceiling on how much money you can just ‘lose’ before you actually have to half-ass some stadia for the cameras. Given the disparity in price, Sochi could probably lose London’s entire price tag to corruption before they have to get off their asses and actually build something. That doesn’t imply that the Russian Character is intrinsically more tainted than the English(G4S alone helped keep that competition open); but quantity has a quality all its own. So long as you are actually on the hook to deliver an event, you can only steal so much and still have enough to kick the event off. The larger the budget, the more latitude for morally dubious creativity…

Oh lawdy, for months I’ve been set in my decision to boycott the Olympics, no fears, no tears: I’m queerer than a $7 bill, and I’m anti-pre/post-totalitarianist Oligarchy anyway.

But you snagged me, you great tempter. The idea of so many, many, many billions of Rubles spent on “Russian Decoration and Artistry in the Olympic Style” has me weeping in fear and hysteric laughter with anticipation. Oh, the spangles! Will there be enough? In the world? Even if some oligarch’s admin had his/her shit together early enough to buy up the world’s supply of spangles and rhinestones? Some intrepid reporter should get on this. I wonder if Michael’s Craft Shoppe has been running out-of-stock of pink and purple sequins?

Not only their vacation homes, but also a lot of their property like hotels, land, private skiing places and so on - prices for all of that skyrocketed. Moreover because of Olympics a lot of people were relocated, their former land obtained by fraction of it’s price now with infrastructure built by the state - if you knew the game beforehand you could get a lot of money

The BBC’s Panorama did a show on this on Monday. Link if you’re in the UK or VPNed. 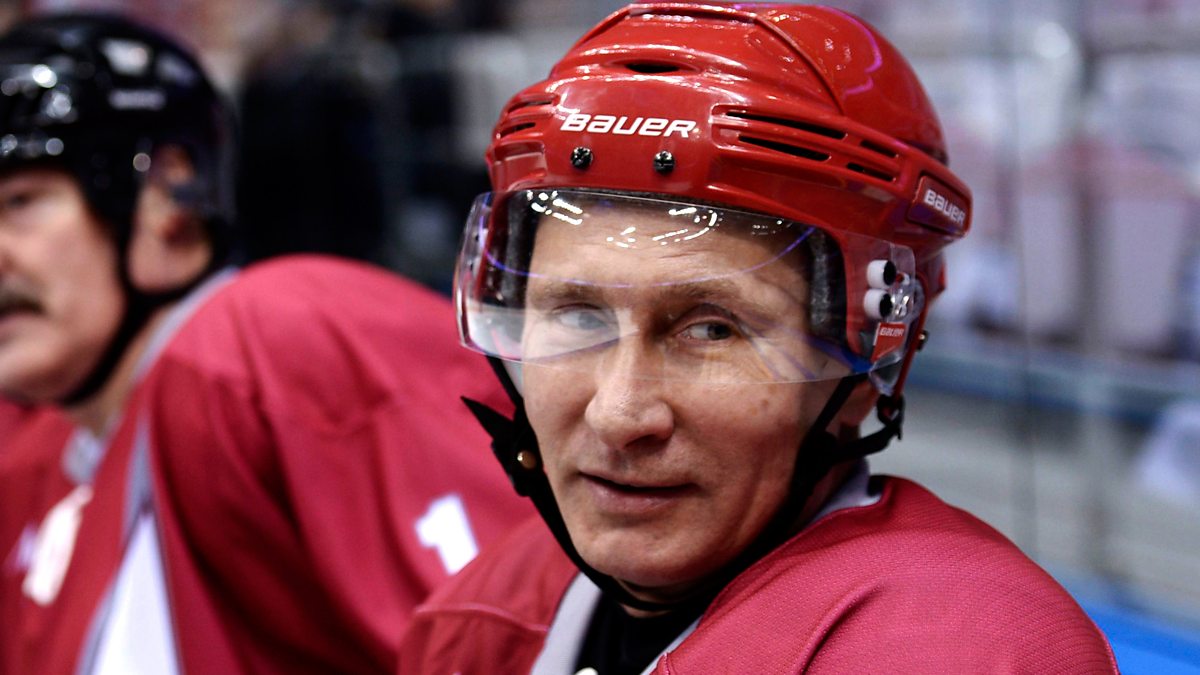 Investigating claims that lucrative Olympic contracts have been handed to Putin's friends.