Originally published at: South Park writer buys domain names for MAGA and Q-loving politicians and fills them with content about the candidates' shortcomings | Boing Boing 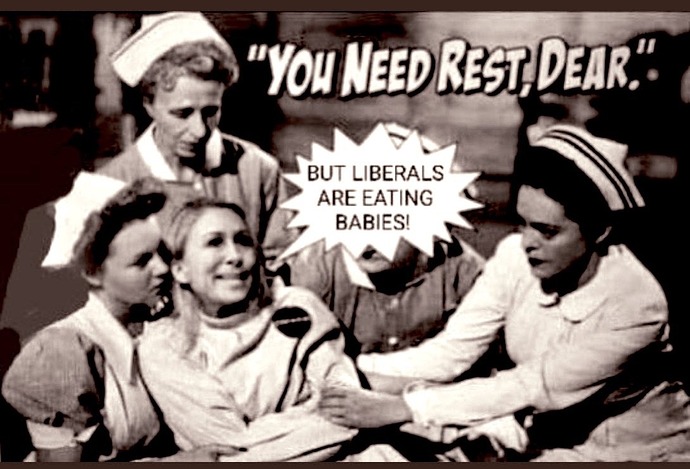 It’s nice to see a South Park writer taking sides against the GOP. I haven’t watched the show for a long time but Trey Parker and Matt Stone were still doing the “both sides are equally ridiculous” crap for far longer than they should have.

Trey Parker and Matt Stone were still doing the “both sides are equally ridiculous” crap for far longer than they should have.

Even within the bothsidesism much of the venom is toward the right. Certainly there’s a highly libertarian bent to much of their humor. The problem is a lot of it can be nuanced, and we all know the right doesn’t do nuance. They don’t see Eric Cartman as an Archie Bunkeresque racist bigot everybody can’t stand, they see him as a role model. They don’t see Ned and as a disabled PTSD-suffering Vietnam vet and poacher who’s codependent on (possible secret lover) Jimbo, they see them as worthy torchbearers for the 2nd amendment.

That’s not to say Parker and Stone haven’t had a huge share of really shitty takes on many things over the years, though.

Even within the bothsidesism much of the venom is toward the right.

I can think of plenty of times when Parker and Stone were clearly trying to make the left-wing position look even worse than the right-wing one. Like how they spent years mocking Al Gore for trying to raise the alarm bells on climate change, or how Team America: World Police framed the left-wing doves as the real threat to global stability rather than the right-wing hawks.

I can think of plenty of times when Parker and Stone were clearly trying to make the left-wing position look even worse than the right-wing one.

Yup, like I said, plenty of shitty takes. The mean-spirited attacks against Al Gore in particular felt really weird to me. Parker and Stone in a very unusual move have also since apologized for their previous portrayals of Al Gore … in their own way, of course. 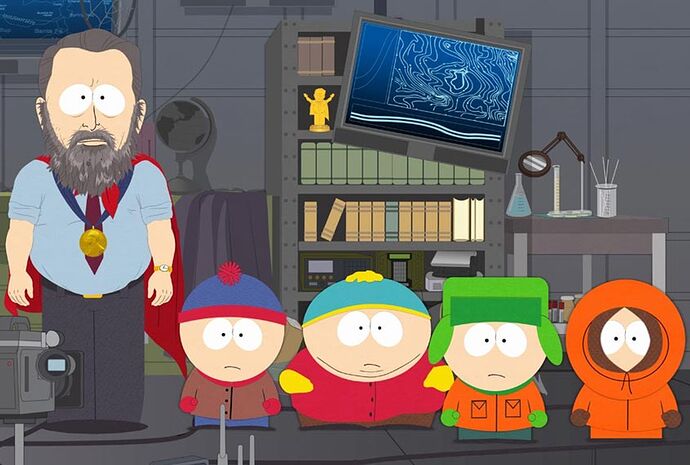 Team America: World Police framed the left-wing doves as the real threat to global stability rather than the right-wing hawks

There were a lot of bad jokes and much of the humor in that film that fell flat to me. Especially the huge amount of blatant homophobia. It’s a shame because it had a lot of potential and there was some genuinely funny stuff there, but entirely too much un-funny stuff. Instead of being, “mostly funny, with some problematic stuff”, it’s, “mostly problematic, with some funny stuff”.

Still waiting for their apology to Canada for blaming us.

I like the idea, but I’m surprised this was done by a writer - going from “she’s a fascist neo-nazi supporter” to “and she’ll block you on Twitter” rather undermines the power of it…

I’ve always found their jabs directed at Canada to be driven by a kind of respect and reverence rather than any sort of malice or spite. (Same thing when it comes to Mormons.)

“Blame Canada” in particular was a satire meant to lampoon ignorant Americans not taking responsibility for their problems and having to find a convenient scapegoat instead to make themselves feel better.

I agree. Seems very half-assed, like a personal grudge match. He can’t even keep a consistent voice. If you’re going to spend the time acquiring all those domain names, seems a waste not to fill them with good quality parody.

I can think of plenty of times when Parker and Stone were clearly trying to make the left-wing position look even worse than the right-wing one.

Ms. Garrison comes to mind. I just view Parker and Stone as assholes who are sometimes really funny. They’re libertarians, but not fashy, however the type of humor they expressed probably helped push some of their fans in that direction. Their transphobia turned me off, but I did laugh along the way.

No lies detected there! He’s also purchased https://www.governorgregabbott.com and https://www.senatorronjohnson.com, where you can find all kinds of truths about Greg Abbott and Ron Johnson, as well.

Clicking one of those links taught me that my employers (a publicly funded educational institution in Australia) block Lauren Broebert under their hate speech filter. Kind of annoyed that I don’t get to see the parody site until I get home, but I’m chuffed that teachers and students can’t directly stream her bullshit on campus.

The hero we need and deserve.

It’s nice to see a South Park writer taking sides against the GOP. I haven’t watched the show for a long time but Trey Parker and Matt Stone were still doing the “both sides are equally ridiculous” crap for far longer than they should have.

They’ve kinda moved left over the years. But not really enough to matter as they now seem to admit that one side is worse, but then shrug and decide that trying to do something is still uncool, but just for different reasons than when they believed in the invisible hand back at the beginning of the show.

Like the Tweek’s coffee episode in the early seasons which cast Starbucks’ dominance over small cafes, moving next to the out competing them and causing them to shutter, as indicative of superior products rather than just a predatory business model with a lot of investor cash behind it.

Compare that to their Amazon episode from a few years ago which was pretty sympathetic to the plight of their workers. I was expecting a very market friendly take and was surprised that I didn’t really get it. But in the end the takeaway is that nothing can really be done so why not just smoke weed instead.

Their Man Bear Pig revisit was similar.
They were wrong but nobody’s gonna try to fix it because it means giving up things we’re not collectively willing to give up so let’s just ignore the problem as long as possible anyways.

They’re no longer pulling the Libertarian bs of the freer the market the freer the people.
But the overall message of it’s stupid to care too much still remains.

Not that I’m criticizing watching the show though. After all, I do. Which is how I can talk about how I feel as if the narratives have gotten less Libertarian yet have stayed about equally apathetic, over the years.