And in a followup, They’ve been fired

“I am against censorship that goes far beyond law, and in this case the law says I can fire anybody for any fucking reason I feel like”

Hell, I don’t have anything to do with the man or any of his companies and I still find him a frequent source of embarrassment. Sort of an “embarrassment in being.”

Do not criticise the God-emperor! He is operating on a higher plane than us mere mortals. [Probably some MuskRat reading the article now]

Welp, turns out its not ‘For all mankind’ after all.
It’s for the likes and follows. 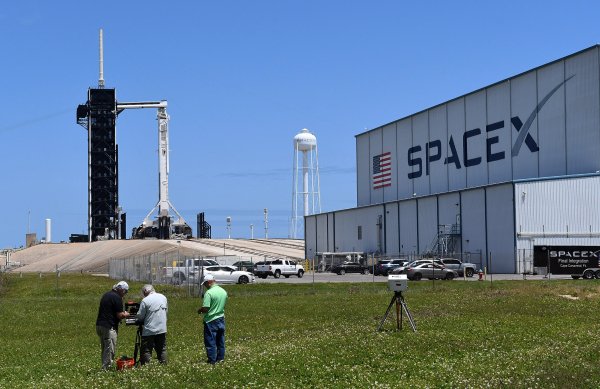 And depending on what they did, SpaceX’s competitors may have already snatched them up, while the rest of SpaceX’s staff are looking at the exits.

For the sort of high tech industries Musk is allegedly leading, the employees are literally the most valuable resource. It’s not like he can drive a pickup down to Home Depot and hire a bunch of day-physicists.

Everyone who talks to SpaceX or Tesla knows that they are entering a hostile work environment. I brought it up myself when a recruiter mentioned Tesla BESS as an option… “I’ve got a big mouth, wasn’t great working at a political organization like NYPA, I’d do poorly around an abusive sociopath.”

So yeah, for Tesla cars or energy side, or anyone at Twitter, great time to go elsewhere and they will be valued in a fairly normal work environment. I’m not sure about the rocket biz tho… “I need to get away from an abusive billionaire. So how about… Blue Origin? Virgin Galactic?..” I guess Branson would be the nice one in that bunch.

Shit does flow downhill, and the top sets a tone and culture, so the Tesla Battery Bros have always also been highly arrogant “disruptor” douche bags… I got the fun of talking to them about their fire systems. They told me that they used “machine vision” fire detection systems. “Ah. So FLIR. Why don’t you tell me how you believe that works from say 100 meters away?”

Eventually it’ll be all assholes at all of those companies. That fixes Twitter…

Apparently they’ve revised their ‘no assholes’ policy to ‘assholes only’.

Welp, turns out its not ‘For all mankind’ after all.

That’s always been the case, just that people believed his BS…

And in a followup, They’ve been fired

See - problem solved! SpaceX even apologized. For the people who sent out the letter, that is. Because the letter was the real problem, of course.

You know what I’m not seeing as much as I used to? People jumping into comment threads like these defending Musk. A couple of years ago, any post remotely critical of Musk, even if it was for minor stuff, would draw a bunch of Musk fans defending him. Even here on BoingBoing. You don’t see that much anymore. I mean, I’m sure right wingers and Trumpers love the guy now, but the days of centrists and liberals of a libertarian bent defending this guy seem to be over.

Because the letter was the real problem, of course.

Can’t have workers organizing over the company intranet now can we?

I’m not sure about the rocket biz tho… “I need to get away from an abusive billionaire. So how about… Blue Origin? Virgin Galactic?..” I guess Branson would be the nice one in that bunch.

I’ve got a lot of friends in aerospace and none of them would work at any of these “nouveau” companies. The good jobs (pay, benefits, reasonable hours, human dignity) are at the traditional places. Northrop Grumman, Raytheon, General Dynamics, JPL, Boeing, etc. Certainly those companies have their issues and their cultures are conservative (my friends know not to discuss certain things with coworkers) but they are good jobs and generally good companies. The main challenge, assuming you have a moral compass, is avoiding the weapons side of the business. They are all defence contractors of course, so you have to avoid getting transferred “over the wall” as it were. If you can avoid that, you get to work on things like the James Webb Space Telescope for 20 years and never give up your weekends or your dignity.

The only reason places like SpaceX can hire at all is because they are perceived as cool and edgy by 20-somethings who don’t know any better. It’s the same reason video game companies can be cultural shitholes that everyone knows are shitholes yet never struggle to hire new people through their revolving door.

I think we just learned how political opposition will be handled on Muskworld Mars - only this time ‘fired’ will involve an airlock.

Can’t have workers organizing over the company intranet now can we?

Can’t be seen criticizing the cult leader either. 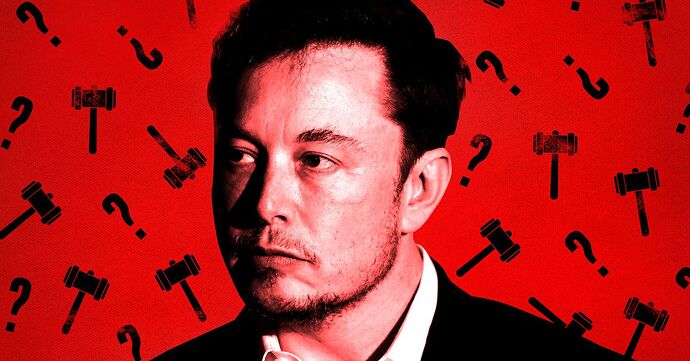 Some nonsense about “protected speech” apparently

Everyone who talks to SpaceX or Tesla knows that they are entering a hostile work environment.

This. In the past year I declined two job interviews that fell in my lap, one with Tesla and another with a company that I learned was entirely dependent upon SpaceX. I’m not entirely happy in my current job, but I’m not nearly unhappy enough to knowingly thrust myself into a hostile work environment. That may be unfair to the second company – it may actually be a fine place to work – but putting all of your eggs into a impulsive narcissist’s basket did not seem like a sound business strategy to me.