Rule of acquisition #1: “Once you have their money, you never give it back.”. Damnit, he IS a Ferengi.

But I thought this was just a witch hunt!

Witches come in threes. So perhaps we’ll have a sad jury, a fake jury, and an unfair jury per @Boundegar’s excellent question.

Also consider rule #211: “Employees are the rungs on the ladder of success. Don’t hesitate to step on them.”

A semi-competent one, at best.

I don’t know… he doesn’t seem too much like Rom. He doesn’t have a heart or anything…

he doesn’t seem too much like Rom. He doesn’t have a heart or anything…

And Rom had a lot more tolerance for clothing on feeemales.

You’re confusing me. Are you applying “Hu-mon” values to a Ferengi? Ferengi don’t need a heart to do well. But intelligence helps. As does keeping your lies consistent. Trump is incapable of that, therefore he’s failing, even as a Ferengi.

Rom was a prototypical Ferengi failure, at least until the end of the Dominion Wars, when he got really lucky. Poor Rom.

And Rom had a lot more tolerance for clothing on feeemales.

Indeed. He was a failure as a Ferengi because he had such ideas…

Ferengi don’t need a heart to do well.

But Rom had a heart! Trump doesn’t!

Looks like Mueller is really going for the orange bastards jugular. This is going to be good. Really, really, REALLY good.

Don’t give Trump any ideas. Or he’ll ask Putin to send him a heart.

“Sure I have a heart. I have the best hearts. Fresh from Russia, very fresh. The best.”

How do you know he hasn’t already done that?

I don’t think that this is at all a defense of Trump you are positing, but I do think it’s what the hardcore section of his base believes exonerates him.

First, I believe that, despite the current narrative, his loyal base is not to be found in bigots, non-college educated white males and other economically disadvantaged people of the rust belt and Appalachia. They will abandon him just as soon as they see him for the huckster he is (and will likely disavow ever supporting him in the first place). The cracks are already beginning to show as the recent Quinnipiac polling shows his most dramatic shift happening among these demographics (ok, they don’t show alignments for bigotry, but we all know the score).

I believe his true hardcore base is actually the white, wealthy elite. To wit; this recent CNN article in which a very wealthy, white middle-aged “farmer” whose ranch hosts a Keystone pump station will be backing him long after the other people featured in the article have thrown their hands up in fatigue and frustration when it becomes clear that he only ever intended to serve himself. 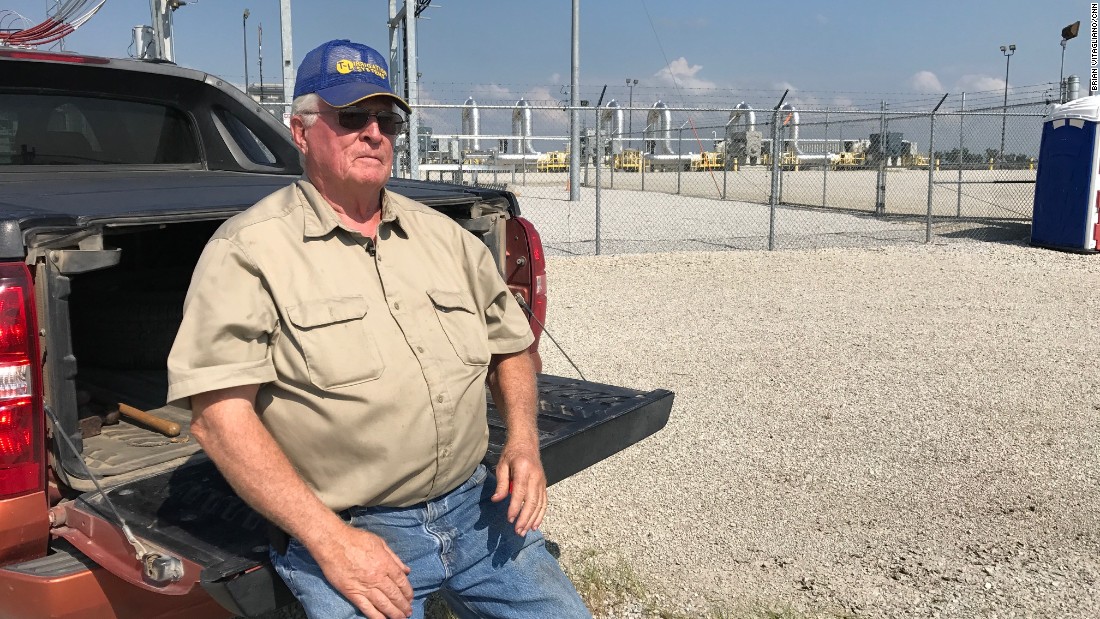 A gleaming series of pipes and engines tower over one corner of Bob Hilger's acres of alfalfa fields. Hilger sold the land for a new pump station for the Keystone XL pipeline, a project President Donald Trump revived that had been halted under...

The privileged wealthy, the true believers in unfettered capitalism, will continue to see him as the only honest expression of American economic manifest destiny and forgive him all manner of legal, moral and social terpitude as a mere consequence of his steadfast devotion to the American dream. Much as the moralistic and jingoistic right was more than willing to forgive Bush II any and all of his public deceit, ineptitude and war crimes and instead chose to view him as a “guy you could have a beer with”.

Maybe if it was deep fried.

However the Mueller investigation plays out, it disturbs me that it’s become common wisdom that this is what will decide whether Turmp gets impeached. Because, yeah, it’s bad that Russia interfered with the election, and yes, the Turmp campaign may have broken the law by cooperating with that like the fucking morons they are. But everything Russia did, they could and would have done without any help. So if you are otherwise pro-Turmp, it’s just not that big a deal.

Meanwhile, the flagrant, open violation of bribery laws doesn’t seem to matter at all. Short of literally posting a price list for presidential services, I don’t see how he could be any more corrupt, and that’s fine apparently.

Maybe it will emerge that Putin wrote Turmp a check with “lift sanctions” in the memo field, and that will finish him. More likely, the whole thing will end with a stern but inconsequential rebuke, Turmp won’t even be censured, and the precedent will be set that if you’re a Republican president, it’s OK to openly do crime.

I believe his true hardcore base is actually the white, wealthy elite.

True… His true base is Ferengi…

I am more afraid of President Pence than I am Trump at this point. Trump has shown himself to be completely inept at getting anything done. We could wobble along this way for four years and be not so bad off. Pence on the other hand could do some real damage…

we all know the score

his true hardcore base is actually the white, wealthy elite

Who, if they are Trumpeters, are also bigots.

The idea that bigotry is a uniquely lower-class phenomenon is deeply fucked up.

I can see hamburger joints doing ‘nothingburgers’, which are double-decker jobs with the fucken lot.

Where I used to work the owner and a couple of the employees hunted deer. Every year he’d bring in a crockpot of deer heart stew that was great.

I’ve served a lot of deer. Never the hearts though.
Braised venison makes outstanding chili. Though I’ve not served that either.