Springfield has long been a base of operations for COBRA. COnly now can they feel so brazen about it.

This is extra funny because Bill O’Reilly is William F. Buckley’s nephew.

Meh. I’m sure he’ll soon be defeated, no one will be seriously hurt, and an important lesson will be learned for the day.

That’s not Mayor Mike Houston at all! It’s Zartan in disguise! 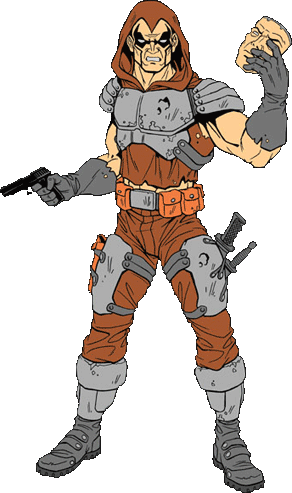 And he would have gotten away with it too if it weren’t for those meddling…oh, wait…

and an important lesson will be learned for the day.

Cobra Commander: “You won’t have to. I hereby suspend all elections and declare Cobra Law!” maniacal laugh

I’m just grinning like a little kid after reading this. We LOOOOOVED G.I. Joe from kindergarten through probably 4th grade. I sure miss the 80s sometimes…

Ferguson is the kind of city that would prefer the Red Skull, isn’t it?

If you want to get a real idea of the kind of evil Cobra Commander is check these out:

whaaa? I never heard that
[googles]

The Other O’Reilly Factor: The Man Behind the New York-9 Victory That Put the...

A palpable dread hung over the Democratic Party for the past week. They had lost a Congressional seat that has been in their hands since Warren G. Harding was president. Much of the reason had to d…