Star Wars but with tiny lightsabers

That was amusing. And I hope at some point Trump tweets, “I am America.” 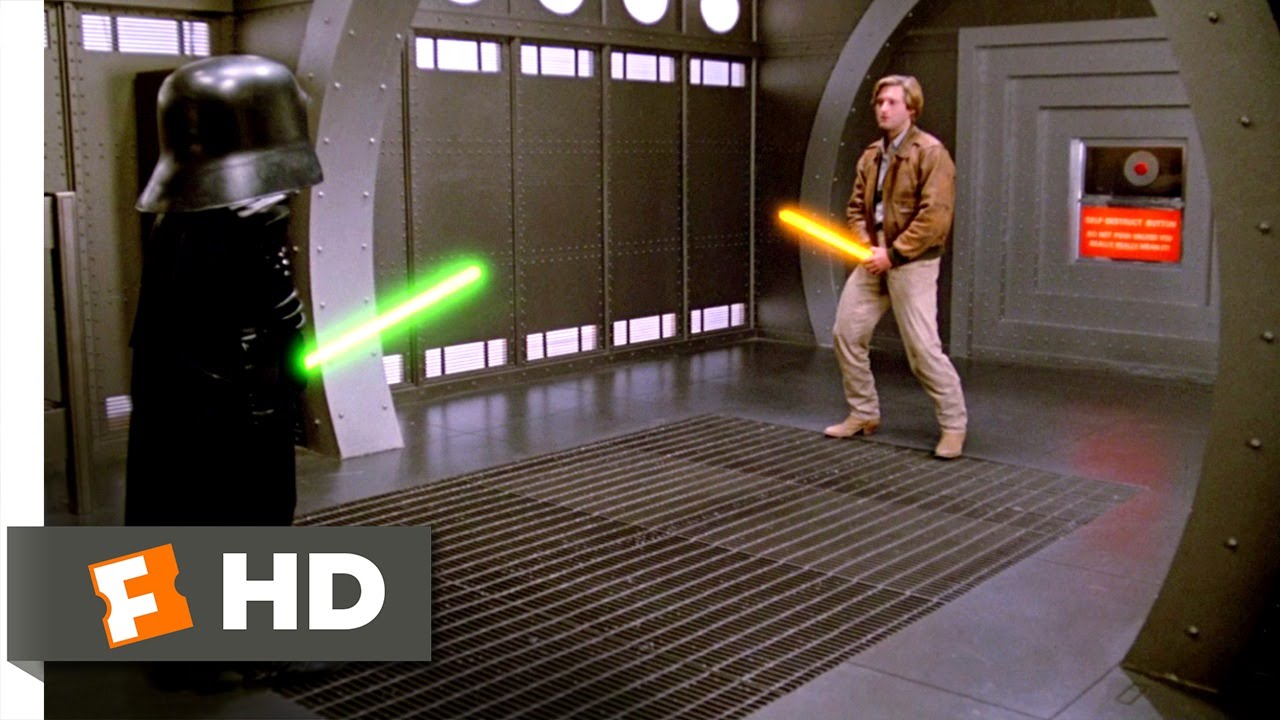 When my dad got one of the first lightsabers back in the 1970s, it was roughly the size of a fireplace log and you had to adjust it using analog switches. They were mostly a novelty back then. My dad’s old lightsaber log wasn’t much more than a nifty way to deflect comically slow-moving blaster bolts - when you could even get the damn thing to work.

It’s really something to see how much the technology has advanced, but I hope someone comes up with a large handled version for us old folks to wield.

And I hope at some point Trump tweets, “I am America.”

I heard “I am the Senate” in Mitch McConnell’s voice. 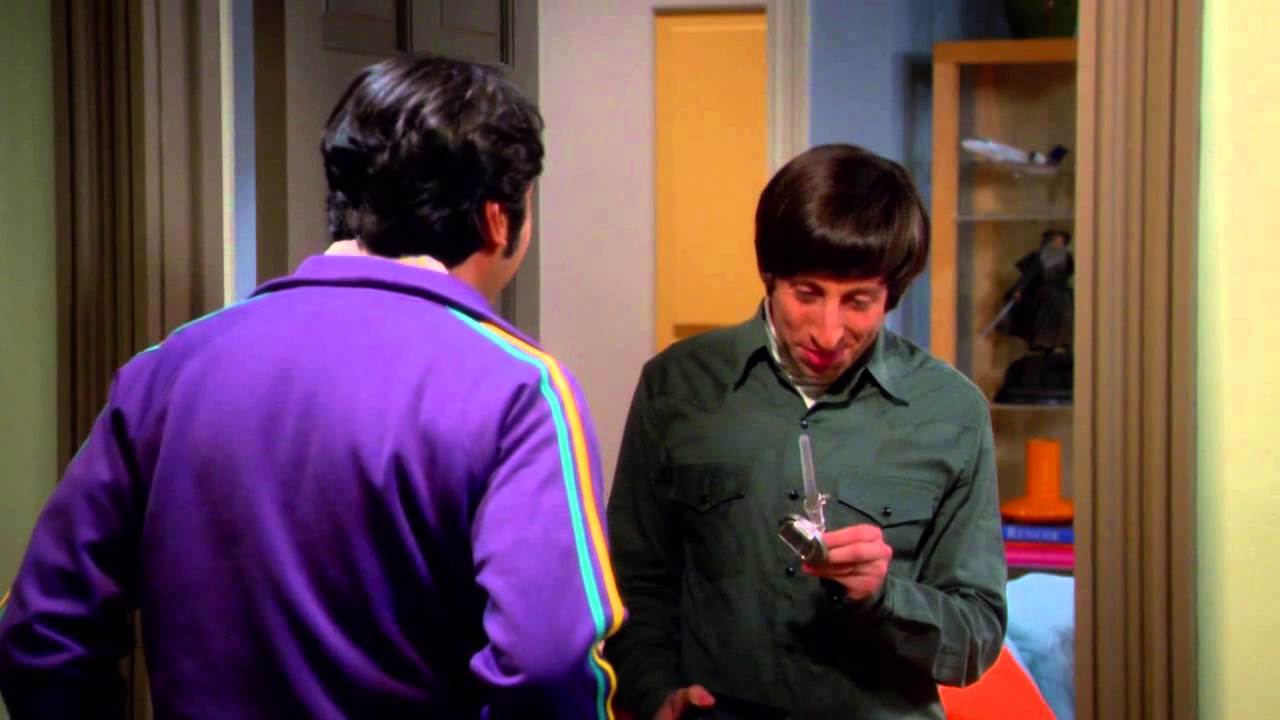 I always kind of hated that they gave Palpatine a lightsaber in the prequels.

First, one of the reasons he was such an imposing villain in the original trilogy was that he was such a powerful sorcerer that he didn’t NEED to carry a weapon. He even taunts Luke about how he’s old and unarmed (shortly before electrocuting the kid with his bare hands).

Second, if you’re a secret Sith lord working under deep cover then keeping a red lightsaber in your pocket seems like a good way to get busted. 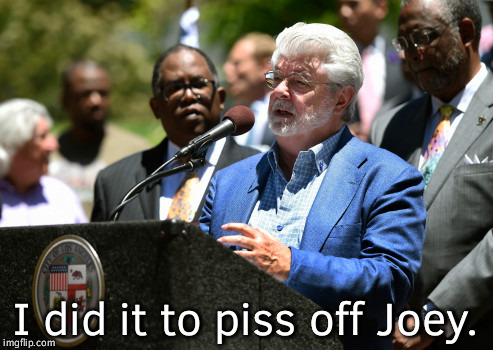 To me it would’ve been a great card for Palpatine to play to allow himself to get busted by the Jedi in order to turn Senate/political opinion against them in a public forum. But instead we get what we get which is counter to Palpatine’s supposed penchant for mind games and subtlety.

The Mr. Plinkett review of Attack of the Clones has a similar complaint about Yoda.

In ESB he says " Judge me by my size, do you, hmm? And well you should not, for my ally is the Force. And a powerful ally it is." like he has such a powerful connection to the force he doesn’t need to be strong or big or quick to be a formidable Jedi.

And while in his duel with Count Dooku they did start with some non-lightsabers stuff, he devolved into a quick, spinning, whirling death muppet. Oh, so you do have to be big and strong, or at least quick and agile to be a Jedi warrior. Plinkett complained that Yoda should have been above all of that to fight.

In the old West End Games RPG (which at one point WERE canon), they had a mechanic for using the force for energy absorption. It is how Vader just blocked blaster bolts with his hands. And given Lucas’ early influence of Japanese movies, they should have modeled him more after some Chi/Akido master. Imagine Yoda side stepping saber thrusts with a shuffle. Using his cane to parry a light sabre, because he can just absorb that energy. Use the force to cause invisible blows (think those “Chi master” “fights”). Maybe a few hops up a rock where he catches the light saber in his bare hand and bops Dooku on the head with his cane and a giggle. Dooku eventually realizes he is being toyed with and causes a cave in so he can retreat.

There - I just spitballed something NEW we haven’t seen, established how powerful Yoda was, and all of the rest of the story was unaffected.

A similar type of battle would be warranted with Palpatine, where the would have similar tactics. Or new force powers we haven’t seen. Advanced stuff few can master. The problem with much of the prequels was lack of growth and imagination and choosing style over substance every time.

And while in his duel with Count Dooku they did start with some non-lightsabers stuff, he devolved into a quick, spinning, whirling death muppet.

I remember roaring laughter from the audience when the movie got to that scene. Which is totally understandable but I get the sense it wasn’t the effect Lucas was going for.

“This toasts bread while you are slicing it.” 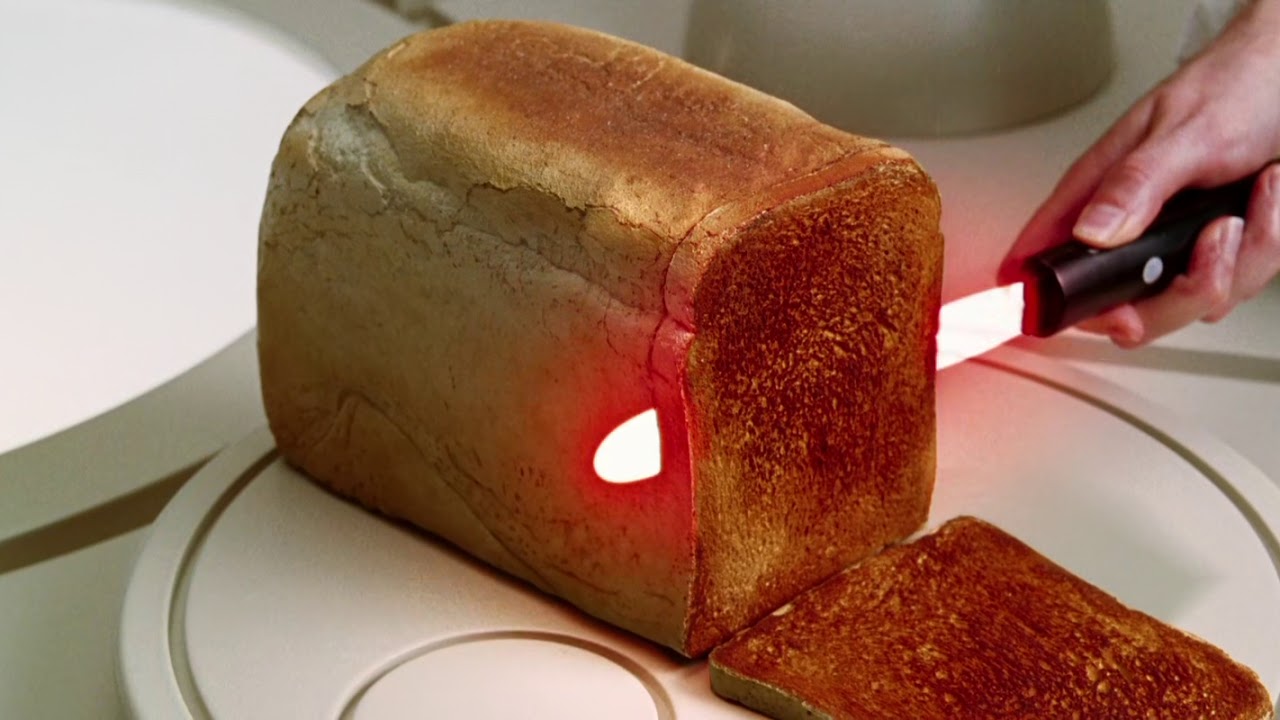 If lightsabers could exist, I would learn to control the force ¹, quest for a Kyber crystal, and build a tiny lightsaber to make toast, and then get on with my life.

It even made the noise! IT EVEN MADE THE NOISE! Even my SF hating girlfriend laughed at that bit. As we sat there in the cinema, the only people who came to watch H2G2 with actual towels… 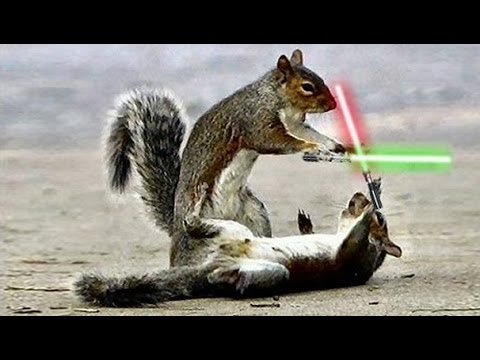