I thought I felt a slight shift in the earth axis.

Just as Han’s “I’ll see you in Hell” in ESB implied that there was a concept of the afterlife (and a bad one at that) in the Star Wars universe, this “shit” confirms that the creatures we think are human (but obviously aren’t because they lived a long time ago in an a galaxy far far away) excrete solid waste!

Right? I think this speaks to a real difference between how films are approached now compared to in the past. Han’s line in ESB works because it captures the right sentiment, it expresses the right tone for that scene; I don’t have a source on this, but I’d bet anything that either Harrison Ford ad-libbed it, or it was given to him because it fit Han’s attitude in the scene, not because someone was thinking carefully about world-building and creating canonical concepts for it.

But in 2022 that line would be picked apart, starting endless Twitter arguments about its implications. Sometimes things in movies are simply there because they work in the moment. (I also blame Disney for training audiences to expect every corner of our on-screen universes to be shown explicitly with logical, exposition-heavy connection points, or expanded into lengthy spin-off series, all of which do little to further the flow or tone of the narrative.)

anything animated because they think it’s childish

Ahem, “Grave of the Fireflies”.
I can’t even write it without feeling…I don’t have the right word.

“S word”
I hoped they had finally acknowledged the real source of their power. 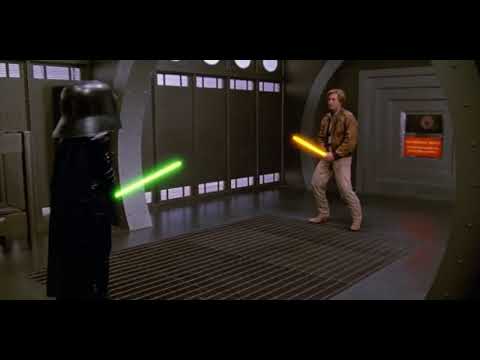