And yes, Andor was the first series I’ve really enjoyed. (I found myself enjoying the stills from the credits in Mandalorian more than many of the episodes.)

I did find myself sometimes dreading the insertion of some random, stupid, Easter egg in Andor, only to be pleasantly disappointed.

I did find myself sometimes dreading the insertion of some random, stupid, Easter egg in Andor, only to be pleasantly disappointed.

Apparently there were a fair number of obscure Easter eggs (especially in the antiques shop) but you had to search them out to find them, rather than all the in-your-face fan service stuff that was stuffed into some of the other shows.

Loved the practical effects. One of my favorite bits was that they made use of many-horned Hebridean sheep which looked just alien enough without needing makeup or prosthetics. Much more satisfying to see them onscreen than the dumb CGI aliens that Lucas crammed into Mos Eisley in the special edition re-releases.

I’ve only been able to see clips, but my impression is that “easter eggs” exist, but not so much for fan service, but more to tie it the larger Star Wars universe.

Andor is great and the aesthetics are fantastic.

“Andor is worth watching even if you hate Star Wars, or if you’ve never seen it at all.” The Grown-Up Art of Andor | The New Republic

The Grown-Up Art of Andor | The New Republic

That worries me, that “grown-up” means grim. I am enjoying Andor, but Star Wars would be ruined if it took itself too seriously. Luthen’s lightsaber ship weapon and the worried robot B2EMO are good signs that Disney isn’t losing the goofiness.

they exist merely because they are the same galaxy (and, at times, locations) so there ends up being a bit of overlap. It’s more a sense of natural continuity than anything else.

They’ve done Endor and Andor, next is Xor or maybe Nand.

That worries me, that “grown-up” means grim. I am enjoying Andor, but Star Wars would be ruined if it took itself too seriously.

I don’t think we’re currently at risk of the entire franchise going grimdark or super-serious on us. Have you seen the preview for Season 2 of The Bad Batch? And Grogu will be returning to his silly antics in new Mandalorian episodes soon enough.

I think Andor is just proving that they can tell more serious, nuanced stories as well as the silly over-the-top stuff.

Yes, that was my impression.

I saw Star Wars, where Han shot first, no bloody Praxis effect, or all the other touch-ups.

The best works in the franchise have been darker (Empire, Rogue One, and now Andor), as well as being made by someone other than its creator. Lucas couldn’t direct nor write anything with depth, so it was either 1940’s popcorn fare or alien animals farting.

Vice’s series on Star Wars is a must-watch as an object lesson in how someone can simultaneously create greatness and then stifle it with narcissistic mediocrity.

Andor was worth the time. A really good prequel to the prequel movie, Rogue One, which itself has become my favorite of all the Star Wars films. I hope they leave it at one season, we don’t need more.

Also, Andy Serkis really should NEVER have to hide behind mocap again. He’s a well rounded actor now and was excellent here. Really nailed that part.

One of the podcasts I listen to is a Clone Wars podcast called A More Civilized Age. They recently watched through Andor, and absolutely, unequivocally loved the show. 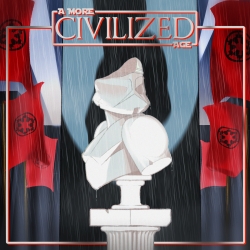 Join Rob Zacny, Natalie Watson, Ali Acampora, and Austin Walker as they dive headfirst into the fall of the Galactic Republic, debate which Jedi is messiest, and dig into the themes and politics of The Clone Wars. Cover Art by @XeeceeVEVO on Twitter.

That worries me, that “grown-up” means grim. I am enjoying Andor, but Star Wars would be ruined if it took itself too seriously.

I feel similar. My personal hot-take-review after viewing was “best political drama of the last 50 years, also worst Star Wars of the last 50 years”. I realize once they decided to take that universe and run with it Star Wars can be anything, but for me there does need to be a certain amount of swashbuckling fun, which in this was obliterated by inserting a grim documentary on prison slave labor. I signed on to watch Star Wars, not The Platform.

anyway, i’m so over snarky “honest trailers” of anything, really.

Andor kicks ass, and it isn’t because it’s an “adult” Star Wars… this type of stuff has been around in various SW media for ages, it’s just that it’s hitting mass eyeballs on a screen now, and getting the time and attention the franchise needed. YES, the base audience was kids, back during the first 6 movies, but now even those latter trilogy kids have become adults who still love SW, and they are getting to tell their stories in the SW universe. this is all well and good – i say bring it. Andor was great, and it’s a sign that the franchise is finally reaching its stride, much like Star Trek did after awhile. now it’s time to play and explore and tell stories. i can’t wait.

I haven’t gotten around to seeing Andor yet, but I’m excited that Star Trek and Star Wars are finally doing a cross-over. I guess Andorians wouldn’t be that out of place in the Mos Eisley cantina, compared to basic forehead-ridge aliens. 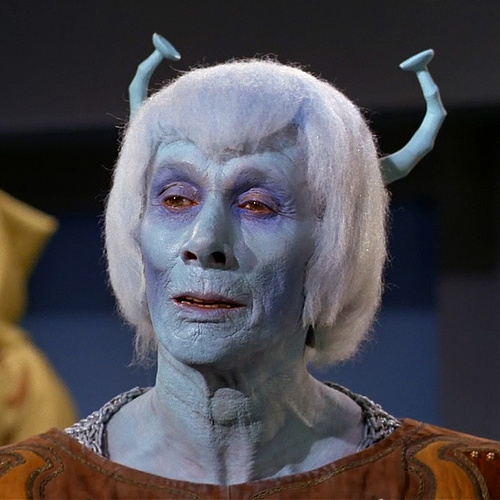 I hope they leave it at one season, we don’t need more.

There is a second season, which was planned from the beginning, and really is needed to tie up the rest of the plot threads started in S1. Season 1 is how Andor joins the Rebellion. S2 is What Andor does after joining the Rebellion up to the start of Rogue One.

The vid is spot on. This was by far my most favorite of any Star Wars series Disney has released because it does not fuck around. I love how this series began with a bunch of abandoned kids surviving in the wilderness disaster of a failing empire, and then one of them leads rebellion after rebellion. It’s going to be a long wait for the second season.