Can’t disagree with this review

“[it] is the band’s pinnacle, and the song is still a hell of a thing to hear.”

This was an absolutely formative song, and band, for me.

.
This entire concert video is all I need, if choices had to be made. RIP Bernie Worrell

Yeah, I was about to say the same. I could never see Talking Heads live in my neck of the country, but I made sure to get to the local art house theater and see the concert movie. No one was sitting, we were all standing and dancing.

I had my kids watch Stop Making Sense a couple times when they were young; one of my proudest moments as a parent came when we were driving and a TH song came on the radio. My younger son, who was maybe four or five at the time, asked from his car seat, “Daddy, is this David Byrne?”

Is this the theme song for THIS year, or NEXT…? Asking for a friend.

Ah -Talking Heads. Together with Pere Ubu, the favourite bands of my youth.
Still listen to them almost daily, TBH*.

I still remember a review of their 77 album that just labelled them as “garden variety punk” (punk acqua e sapone) - already knowing the album I was dumbfounded, and just stopped buying that magazine.

* Spotify “on repeat” playlist on request, as proof.

I love Stop Making Sense, but the directorial decisions sometimes frustrate me.

Cool bass part? Zoom in on the backup singers who aren’t singing now!

It’s so random and almost never lines up with what I want to be looking at.

I’ve owned more copies on more formats of Stop Making Sense than any other album.

Also, this is the best pandemic exercise video ever.

Outstanding band, and watching Byrne doing his choreography routines then shows what he would be doing later, with the entire band using wireless technology and no amps on stage. I was fortunate enough to see Talking Heads play on the 77 tour, with Dire Straights as support, but for whatever reason I never got to see them again. I did, however, see Byrne tour several years ago with Annie Clark/St Vincent, and it was mesmerising, an astonishing show, one continuous dance routine while playing instruments; watching this video really shows what he really wanted to achieve.
Brilliant.

I’m amazed at how compelling their performance is, considering it’s just a black stage with musicians and dancers wearing grey or white suits. Sometimes a spotlight would cast shadows on the wall; that’s about it. Compare that with Tame Impala’s live show which is the musicians just standing still while every laser light, smoke machine and colored spot light on the planet paints the background. Not saying one or the other is better, it’s just two completely different ways of capturing attention.

A friend took me to see Stop Making Sense at the Detroit Art Institute’s film theatre.* A great, gorgeous place for a great and gorgeous film.

Another friend hipped me to the Talking Heads live in Rome video many years later, and I’m ever so grateful! 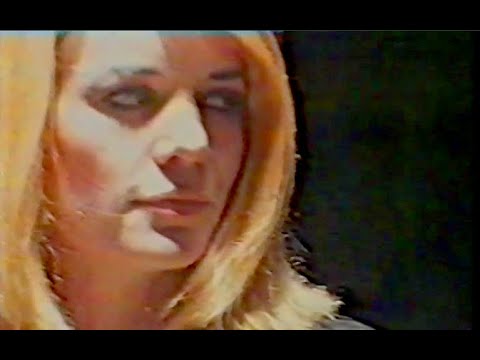 *He also took me there to see Laurie Anderson’s epic Home of the Brave. Is that one still inexplicably unavailable on DVD, etc?

I was lucky enough to see Talking Heads on the Stop Making Sense tour, and more recently, David Byrne’s American Utopia performance. Two of the greatest live performances ever. Live music is my favorite drug.

I’m amazed at how compelling their performance is, considering it’s just a black stage with musicians and dancers wearing grey or white suits.

(Available on DVD and worth every penny.)