Well to be fair, my ex-wife works for the Dept of Labor. Once or twice a year she would have to take trips that lasted around a week and do on site investigations. We would plan things to do after work, and if something coincided with something we could do oh the weekend, then bonus.

Of course we flew regular planes.

And this is assuming that they really did have business at Ft Knox.

Thanks for the passive aggressive nasty comment. Your kids look very cute. Your life looks cute. I know you’re mad but deep down you’re really nice and so am I.

Further evidence of the gulf between nice and kind

Wonder what they were doing up there then? Besides tossing tax payers dollars down the drain…

No argument from me, I’m not a fan of the trip. Just pointing it out.

Need to start calling them Mr and Mrs Goldfinger.

More interesting would be a record of the flight path of the plane along with takeoff and landing times.
The totality was along a path just SW of Louisville.

But if they took this flight and landed BEFORE the eclipse event (they were supposed to attend a luncheon), then this is not really plausible.

Wonder what they were doing up there then?

"Mnuchin told a group of Louisville business leaders earlier in the day it was important for him to see the gold to attest that “it is part of our national assets.”

It may not have been totality, but it was pretty close:

To paraphrase: “Let them eat cake.”

Wonder what they were doing up there then? Besides tossing tax payers dollars down the drain…

I hate being fair to these people, but hey, if I were Secretary of the Treasure (sic) I would want to see the gold in Fort Knox. Who better to make sure the conspiracy theorists aren’t right? 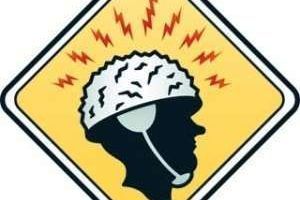 Conspiracy Watch: All the Gold in Fort Knox

Sounds like the plot to a bad sitcom episode:

“Guys! The Treasury Secretary is coming tomorrow! We’ve got to get all the gold back here, now!”

“Oh crap oh crap oh crap. Nobody panic! Um… We’ll get a mirror! Stick it in the back of the vault, and it will look like there’s twice as much there as there actually is. He’ll never know!”

“Nice is different than good” - Into the Woods