Originally published at: Suspect facing 12 years for attempting to steal Banksy mural from side of Ukraine home | Boing Boing

i kind of think Banksy should find a way to do his statement pieces with something totally impermanent, like chalks or maybe a paint that would fade after a couple hours. then it would only live in photographs, and people wouldn’t try do to dumb things like steal them.

Maybe Banksy shouldn’t apply his art in active war zones where people will do anything to make a buck.

Works by Banksy have been stolen in Britain as well. 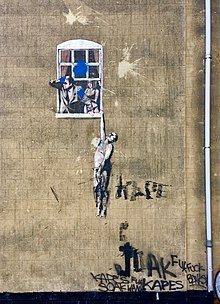 List of works by Banksy that have been damaged or destroyed

This is a list of damaged or destroyed works of guerrilla art created by Banksy, which have been removed from their original locations or otherwise damaged or destroyed. Banksy is an England-based graffitist. Most of the works that make up the October 2013 Better Out Than In series in New York City have been defaced or destroyed, some just hours after the piece was unveiled. As a result of the continued defacement, fans have been rushing to the sites of the installments as soon as they are anno...

Banksy is fun, and all; but, really, what separates him from a competent editorial cartoonist? That’s a rhetorical question, of course; the answer is the possibility for gallery owners and auctioneers to make money from the ownership of the image, and money launderers and tax evaders to have a physical token for their stashed cash.

Removing that particular bit from the wall completely ruins the impact. The building, the soot and fire damage on the window, the placement of the objects on the wall, all of it is part of that piece. Without all that, the figure itself is meaningless 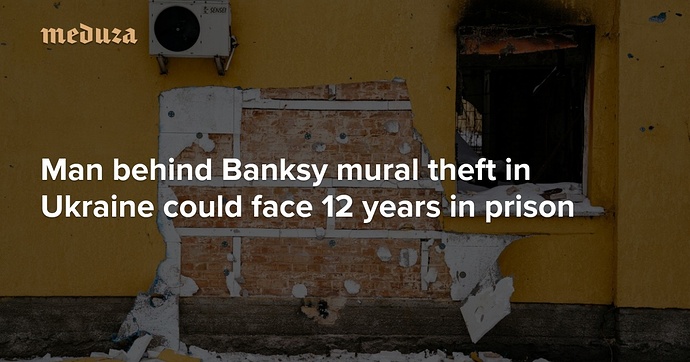 In November, after much speculation, the British street artist Banksy confirmed that he had painted seven murals in Ukraine since the start of the full-scale war, including in war-torn locations such as the village of Borodyanka and the city of...

Whatever the case, Dovgiy failed to notify both Hostomel authorities and the city’s residents of his plans. In addition, by the time he made his attempt to steal the graffiti, the city’s administration had already declared the mural a part of Hostomel’s cultural heritage and decided to embed it in the wall of the building that will replace the demolished one.

So, something… non fungible ? 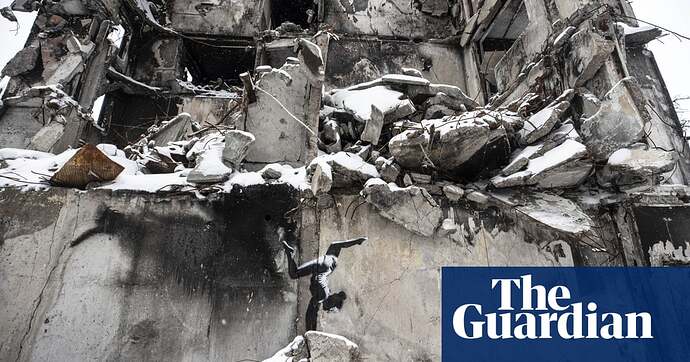