That is just lovely!

All of us, obviously.

My friends are really cool.

MY FRIENDS ARE NOT THIS COOL.

I am quite relieved by the lack of fedoras in this video.

The “vs.” concept reminds me of this fun video for a fairly generic song.

Jeebus, my hands are sweating! It’s got to be one of the most human things ever to dance–such an awesome celebration of physicality and rhythym. Can we bring back the Fly Girls already?

and hey, if they wanna be the Fly Flies or whatevs im coolwiththat

EDIT: And to answer the question, “Swing Dancers vs. Street Dancers, who wins?” I think the answer is everyone.

My friends are this cool. Some of them are in the video.

… and then the Morris Dancers showed up, with their lead-shot-weighted-handkerchiefs and razor-tipped bells…

Stan: “Morris dancers are cute little people who dress up in white suits and little green sashes and pork-pie hats with feathers in them. They tie sleighbells to their feet, and they tie hankies to their wrists, long white hankies, and they kind of prance around. And they do this in groups or mobs called teams. In any event, they get together at folk festivals and they gather around in their little clot, or mob, and they do their little dances.

And there’s nothing really alarming about this, except for the fact that every once in a while they will arm themselves with cudgels or bludgeons or some kind of blunt instrument like that and, to the accompaniment of accordion and violin, they will rhythmically and ritually hit each other again, and again, and again. And this is considered to be entertainment or some kind of British fertility ritual, or something.”

Garnet: “It works, too. We’ve played this song and impregnated whole audiences.”

Except where the two genres meet, for lo, there we find Electro-Swing, which might just be worse than Psy-Trance.

Careful, daddy-o. We’ve many a hep swingin’ electrocat in this joint.

I can think of many, many worse music style combinations, myself. But I’ll spare you the details.

Edit: just noticed you were there already, as the lone voice of dislike. Since it all sounds like ‘pom-pom’ to you, I guess there’s nothing we can do about but shrug and carry on. Sorry. 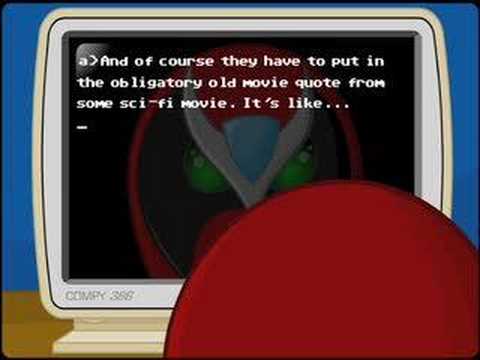 I once spent May Day on a canal boat with a Morris side from Uxbridge. Danced in the dawn on the common, ale with breakfast at 8am then a long day drinking and wending our way to a barge festival at Little Venice. Most of the guys were rugby players, the sticks they bashed together were an inch or more thick, and I saw at least 3 shattered by end of day…

Having said all that, best Morris this month goes to:

At least with Psytrance, you know they’ve got really good drugs. It’s still awful though.
/goes off to have light switch rave.

I was there at Montreal Swing Riot for this battle. It was even more incredible than the video shows. The raw energy, athleticism, musicality, and joy were off the charts. And the blend of competitiveness and mutual appreciation was wonderful to witness.

I love all flavors of street dance – from lindy hop and charleston to waacking and turfing. So to see them all come together so beautifully is the best thing ever.

I’m going to be slightly controversial and say Vintage Swing won it for me, but that’s probably due to having little understanding or background in the styles used by many of the dancers in the second group.

The author (or someone here) clearly saw something in the vine clip of the lady in blue shorts, could anyone put her style of dance into context for me?

The author (or someone here) clearly saw something in the vine clip of the lady in blue shorts, could anyone put her style of dance into context for me?

I wouldn’t put too much meaning behind the animated gif selection. Often, it seems quite random indeed.

I am wondering if at some level one of the differences between the different styles is “Look at what I can do!” as opposed to perhaps “Look at ME!!”.

Though as one who avoids the whole messy conflagration by masterfully disappearing into the background I shouldn’t concern myself too much. I’ll stick to analysis of literature and data, I know where I stand then!