Adding small generators means a small contribution to reducing the costs of operating the school, not by much, granted, but schools are penny pinching already, so every little bit would help.

The more cynical part of me muses that the utility of these desk cycles should properly be established with peer-reviewed research before the cash-strapped school spends further funds on additional cycles on the basis of anecdotal evidence, and that these cycles may end up unused and collecting dust as soon as the teacher notices the next trend in classroom education. A girl’s grades were added (?) because the cycle increased her attendance, for instance, but why should it be expected that more cycles would have a similar effect on other students? And mightn’t there be a more cost-effective way of likewise increasing her attendance? And what’s going to happen to these students when they graduate and move on to some other job where they’re obliged to sit around for seven hours a day, anyway?

But I know nothing of teaching students in high-poverty areas and perhaps we are in fact on the cusp of a revolution, or something.

Have kids in Boston really picked up the Britishism “bum?”

My kid, in California, calls it a bum or booty.

Have kids in Boston really picked up the Britishism “bum?”

Aye, they have now.

I hadn’t heard of this particular product but have been thinking about getting such a device for a while. Reviews are very positive and on Amazon the company’s customer service folks are incredibly responsive and professional. So, I ordered one for myself, and thought I’d give a little bit to the fundraiser. However, when I type a dollar amount into the window that pops up when you hit “Give” it just refreshes that window and nothing happens. Tried in Safari and Firefox both on Mac OS X. Anyone having similar issues?

I love the feeling of going from not knowing a product exists to instantly wanting it.

This sounds like a terrible idea, because it distract everyone around the person exercising. If there are any students trying to just concentrate on their homework, they’ll be captive to the aural and visual distractions. If students who want a quiet space can have it, then great, but I doubt that would happen.

Well, I am seeing articles that say that studies have been conducted and that desk pedals do help, both with health and learning. 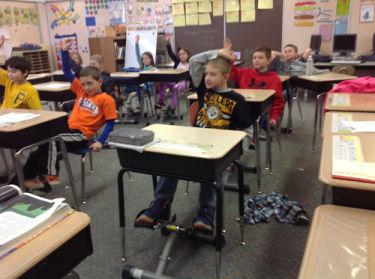 One school district takes incorporating physical activity in the classroom to a new level so students can exercise while learning. 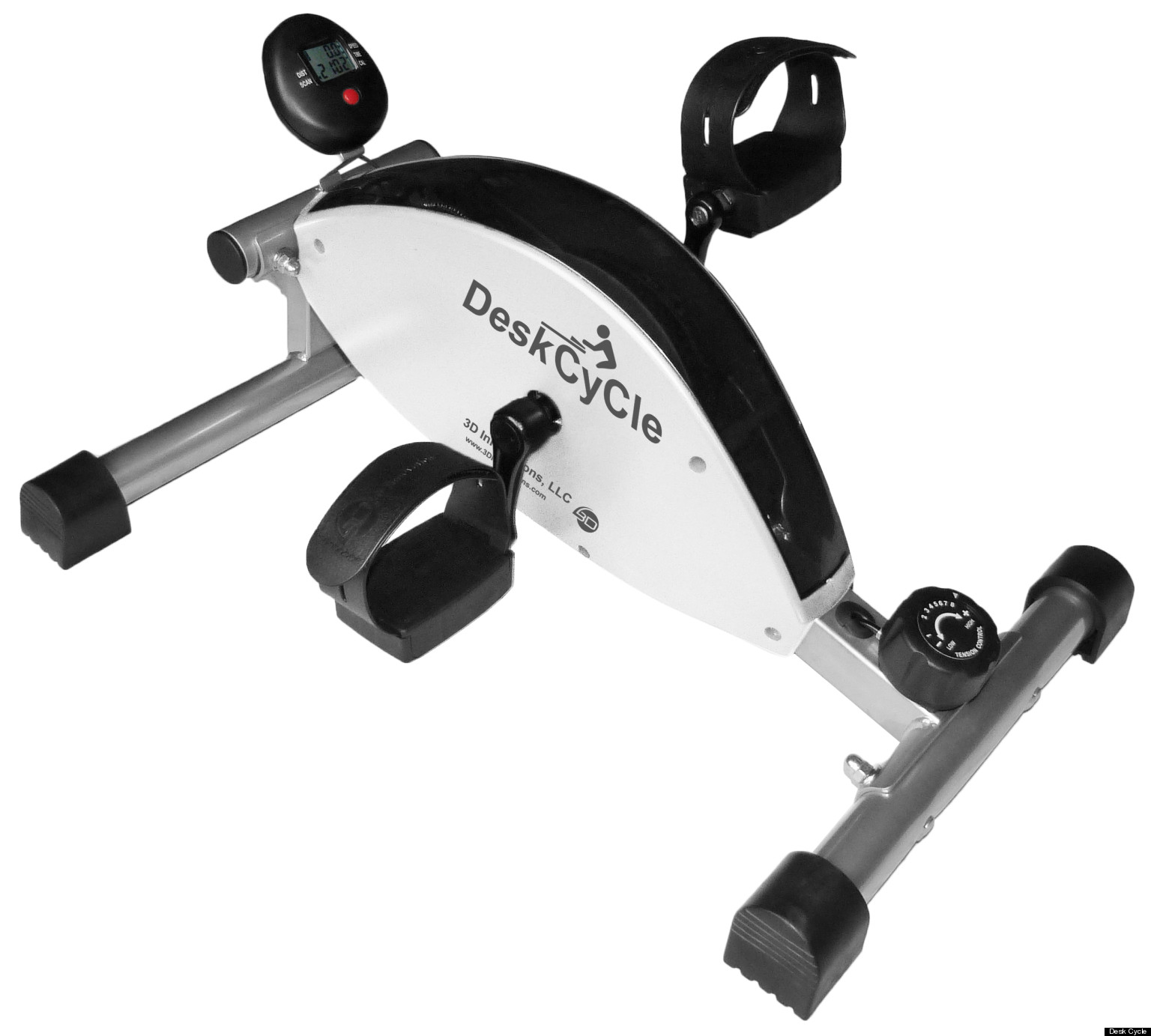 We Tried It: DeskCycle

What We Tried: The DeskCycle What We Did: Pedaled under our ... 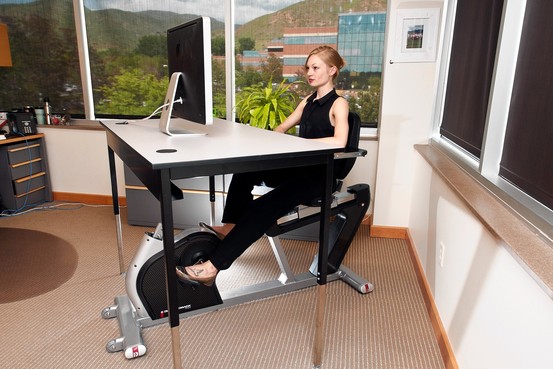 Take Your Bike To Your Desk to Improve Health

A treadmill desk may be one thing. But what about a desk with a built-in exercise bike?

I’m not sure if this is just a fad or trend or what, but I doubt anyone could say that pedaling is bad for you.

As for using them to generate electricity, that is proven technology and should be relatively easy to make use of. In fact, Popular Mechanics has a DIY on how to build a pedal powered generator. 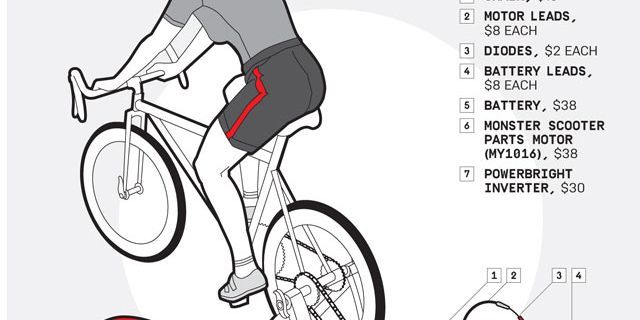 Pedal Power! How to Build a Bike Generator

Hey, DIY Cyclists: Bring your bike indoors and generate electricity while you ride.

Given that its a school, I bet their shop classes could make the adaptations that are necessary. Perhaps for extra credit?

Cost, of course, is always a consideration, but, in the end, it might be a good idea for the appropriate people to look into it.

I have some basic pedals but they squeak and they tend to slide forward. I don’t know how much better these ones would work.

Strangely, her father watches Adventure Time religiously – she has never seen it.

I have an elliptical version of this – one at work and one at home – and love it. Haven’t seen the pedal version, but the elliptical is super-quiet.

Generating electricity via bicycle is extremely unlikely to ever pay off the capital cost of the generator. Even if you somehow got the equipment (and necessary infrastructure and maintenance costs) for free, the benefits would still be negligible:

These may be a good idea for several reasons, but generating electricity is not one of them.

I didn’t have that happen, but if you choose one of the drop down list amounts it advanced me to the next page where you have an “edit” option to change the amount. Does that work for you?