Ted Cruz goes to a fortune teller and asks about his future.

The fortune teller says he will be surrounded by people cheering and enjoying themselves. Including his wife and kids.

Ted asks, “At my inauguration?”

The fortune teller responds, “No, at your funeral”

“If you are that slacker barista who wasted seven years in college studying completely useless things, now has loans, and can’t get a job, Joe Biden just gave you 20 grand,” Cruz said on his Verdict podcast.

S**t. I think he’s cracked it. Through his impeccable wit and political savvy, Cruz has identified that if politicians do things that help people, these people might then vote for those politicians in the future. Holy crap. This is the most groundbreaking discovery in the history of politics. This changes everything.

The memes I have seen about who/why people have student loans are laughably out of touch.

Better an unemployed slacker with a “useless degree” than a Harvard grad who is actively selling out his country while strongly implying that people significantly affected by legislation, judicial rulings, and executive policies shouldn’t vote.

Ted Cruz isn’t very well liked by his colleagues and even those who voted for him. It’s this kind of stuff that is why. Put it simply he is a dick.

Do you post this on every Ted Crud article (swear I’ve seen this before)? If so, I heartily approve.

I’m going to make a shirt that says, “Slacker Barista” and wear it every time I vote from now on.

The irony of pointing out lots of folks were forgiven more than $10 or (gasp!) even $20k for their PPP loans (I took one at the beginning of the pandemic, it was forgiven) is an effective counter.

Jubilees are a historic thing. That money is going to go faster and farther than if it ends up in some right winger’s off shore lucre pile…

I did it on the last Ted Cruz thread.

But weirdly, Cruz licks the boot of a man who said:

“I’m the king of debt. I’m great with debt. Nobody knows debt better than me,” Trump told Norah O’Donnell in an interview that aired on “CBS This Morning.” “I’ve made a fortune by using debt, and if things don’t work out I renegotiate the debt. I mean, that’s a smart thing, not a stupid thing.”

"If you are that slacker barista

Congratulations, Ted.
From now on, those slacker baristas are gonna make sure your latte’ has extra cream.
No extra charge, and served with a smile!

who wasted seven years in college

So, college is a waste, eh, Ted? Sucking up to those idiot fascists that vote for you, are ya?
Lots of people have to work their way thru college and can’t afford to do it in 4 years.

Says the authority on uselessness.
You should have stuck with theatre, Ted. You are a far better Thespian than you are as a politician.
Maybe you will consider your life choices when you are being frog-marched off to the paddy wagon to join your fellow traitors…
I hope you have to share a cell with Lindsey Graham; after all, y’all both have so much in common:
Naked ambition
No hole too deep to dig
No ethics, morals or conscience
Love of the taste of You Know Who’s keester

and can’t get a job,

Butt Ted… I thought you were whining about a barista?

Good!
They shouldn’t have had that debt in the first place.

…or just send in your mail-in ballot…

Yeah, Ted, we already know The Gang of Fascists is gonna screech about every election they lose from now on. 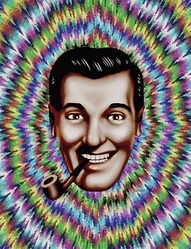 My liberal arts degrees taught me to recognise the kind of lazy dog-whistle anti-intellectualism employed by right-wing populist thugs like Cancun Cruz, so they’re not completely useless after all.

Just an FYI that this is a racial slur. Appreciate you won’t have meant anything by it but I was surprised to see it pop up here.

Hold on, missed some words:

A sincere word has never fallen from his sneering lips. He’ll say whatever he thinks will score him ponts, make him appear clever, or curry favor with people who can do things for HIM.

Ted Cruz blames university students for failing to be born to millionaire parents.

You know what has the absolute highest ROI in government spending? Higher education.