“Powered by a Mediatek…”

Why is it bad that it’s a Mediatek CPU? I care how powerful the CPU is, but not who made it; I figure I’ll talk to Android and let Android talk to the CPU. (Disclosure: this is the first I’m hearing of Mediatek, so let me say explicitly I’m neither qualified to nor interested in defending them.)

I like where Teracube is going with this, so I just went and read Wired’s review. The big minus from my perspective is the low-quality camera. The lack of waterproofing is also bad, and the choice of glass for a back is bad and strange.

Wired also dings them for not offering wireless charging, but I disagree. That’s a stupid feature. A wireless charger only works if the phone is sitting on it. Would you buy a wireless network that only works if your computer is sit on top of the access point? Call me when your phone can find and use a charger from anywhere in the room, at least.

Oh, so phones only last a couple of years, eh?
And this one is guaranteed for a whole 4, eh?

Well, my iphone 6 is 6 years old and still going strong and showing no sign of being any less usable than it was the day I got it.

Well, iOS 13 is the last major release the 6 will support, but you’re still safe from that standpoint for at least a couple more years. Battery life is what I would have expected to start giving you issues. Glad you were fortunate in that regard.

Well, it’s not just fortune, to be honest. I do not use any social media on my phone, do not spend hours every day poking at it, and use it only for calls, texts, and a handful of apps most of which are used for a few minutes (if that - such as weather checks, calculator, etc. and the occasional Safari use to look something up) and then closed.
It is powered down every night while I sleep. Battery is still at an amazing 98% of maximum capacity. And if I do ever replace it, it will be with a refurbished whatever model was the last to have a proper headphone socket.

I really do not care if my iPhone 6 gets behind with iOS. My iPad (4th Gen) is stuck on iOS 10. My Macbooks are on El Capitan and will NOT be upgraded - if there is any way to avoid it - ever.

I guess I’m an outlier.

Yeah I just replaced my iPhone 6 and the failure wasn’t even its fault. (Physical damage which it dealt with amazingly) I think most phones are replaced out of a desire to upgrade and not because they’re broken or unusable. People want the shiny new thing. This phones ideas are laudable but I bet most of them are replaced well before four years is up.

Yeah, I only just replaced my 6S after shattering the screen a second time (the only two times I’ve ever even scratched one). Other than the screen, it is mint condition and runs the latest Os perfectly well. It still acts as the household Bluetooth music streamer. The other option is our iPad 3 from ca. 2011. A little slow, but perfectly fine for a quick look up or music. Once they’re truly dead, they’ll be recycled.

Wired also dings them for not offering wireless charging, but I disagree. That’s a stupid feature. A wireless charger only works if the phone is sitting on it.

Maybe you don’t find it valuable but for me it’s a dealbreaker to not have it. The way phones generally fail for me is that the charging port starts to fail (be it USB in phones made within the last 15 years or the barrel plugs prior to that). 12 years ago I bought a phone with wireless charging and being able to just set the phone on a stand on my desk or my nightstand was ideal. It was a simple, one handed operation (so I didn’t need to set anything else down) that took no effort or thought. When that phone got run over by a car there was literally nothing that could replace it with that had wireless charging and wasn’t ridiculously expensive or something that bolted onto the back until many years later. Now I’ve gone back to being able to wirelessly charge my phone and tablet and I will never go back.

Also I can’t imagine dealing with a USB-C connection, let alone micro-USB on my phone if I was disabled and only had the use of one hand (or had Parkinson’s or any of several other conditions). Go ahead and try to plug your phone in with only one hand and tell me how it’s not awkward.

Then you simply replace the battery.

Why is it bad that it’s a Mediatek CPU? I care how powerful the CPU is, but not who made it; I figure I’ll talk to Android and let Android talk to the CPU.

MediaTek had a record of using closed-source binary blob drivers for their chips which basically made it impossible to use another operating system or even get an update after themselves stopped providing one. (Which was, in some cases at least, never.)

And that’s one problem why you should care about the chipset provider. As long as the drivers are public, and FOSS at the best of times, programmers actually do play around with them, update them, or are able to integrate them into new versions of Android, Android derivates, or even other operating systems. For some devices, this might well make the difference between being able to use a phone longer than the original manufacturer intended. Planned obsolescence is very much a thing with smartphones. While Apple has a kind of outstanding track record for sending out updates to older devices, it is still outrageous that you are expected to pay, say, 1000€ for an Apple phone which will be insecure and probably unusable for current app versions (which are the only versions Apple will allow in their ‘store’) after a couple of years.

In pre-smartphone times, it was quite common to use a device for much longer times. Now, even a lot of hardware a layperson would never expect to even need an operating system may have planned obsolescence build in.

And while MediaTek did change, to the best of my knowledge, I certainly would avoid them personally as good as I can. They’ve bitten me once. I’m not going to try that out, again.

Will Teracube be in business for four years?

Having done direct business w/ MediaTek previously and also with one of their sub-companies, I can say that they historically have really made their mark by simply going low-cost, low-power (in CPU capabilities vs. energy) and picking up dropped markets others left. They’ve managed wins within China and exist in many of their devices, but primarily to provide basic features that were “in country”. This work has created a company culture that occasionally innovates, but primarily they are known to hack things together to “sorta work”.

From my work with them and investing in their designs and building on top of it for my own product development, what I found was that their primary sin is per “abandonware”. However, it is difficult to assess from them what is/isn’t abandoned. The appearance of support and occasional trickling in of fixes (sometimes years before delivery w/ no notification of items being “in-progress”) is just a cultural problem for the organization. A 6 year old device-killing bug w/ only excuses and no timelines for fixes, can suddenly appear fixed w/o comment. Like they suddenly opened the closet, discovered a pile of chips and decided they’d fix the problem that made them useless previously.

The most broad experience of this (that didn’t impact myself but did many others) was a bug that existed in a great many of their chips (some quite recent) that essentially makes all devices hackable at the chip-level. This required work by anyone who chose to use them (fortunately it didn’t impact me - this time) to deploy the fix and disable certain features.

They want to be more than they are, but my own work w/ them was beyond bad.

They simply are a low-cost provider. Full stop.

Um, My OnePlus 1 ran for 5 years, very happily with LineageOS after Cyanogenmod died. It was only after I dropped it, and several cement trucks ran over it, that I couldn’t use it any more. Even then, I was able to connect it with USB and get the data off. 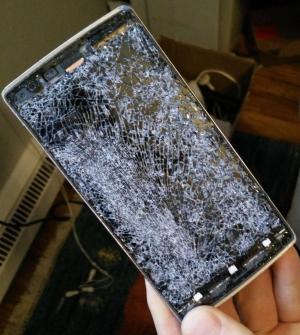 MediaTek had a record of using closed-source binary blob drivers

It would be nice if this were an offering a little more enticing than the PINE Phone and a little more wallet-friendly than the Librem 5 phone from Purism. LineageOS is by no means a liberation from the surveillance system entirely, but I suspect it’s a bit better than most providers’ Android rolls. 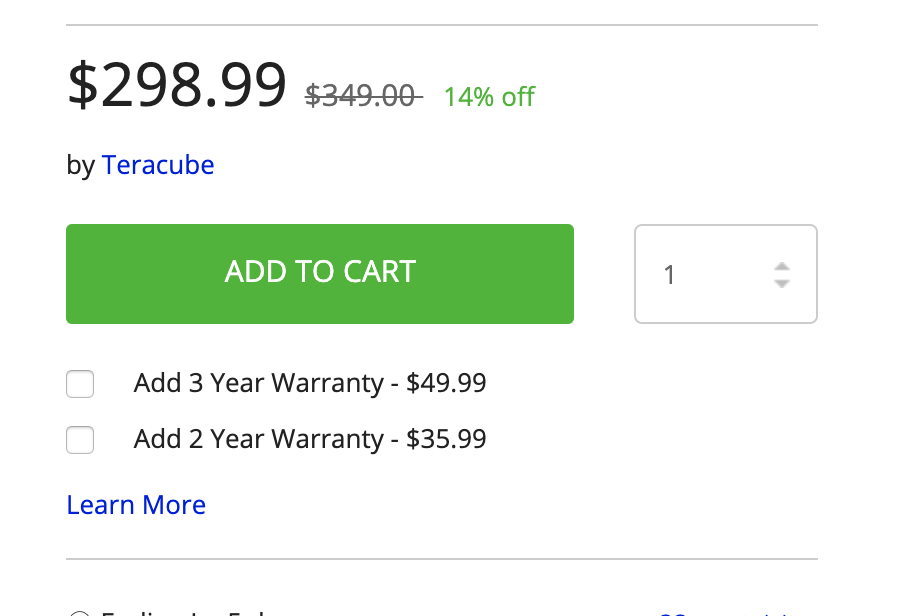 4 year warranty, but you can buy an extra warranty just in case

Maybe I haven’t been paying attention, but are the Boing Boing Shop adverts starting to look more and more like regular articles? The way this one presents on the front page and after you click on it are formatted like any other article, and it wasn’t until I looked to see who wrote this glowing report that I saw it was the store.

That is not a cube

Show us a way to escape from the Android/Apple oligopoly, where my data is sold everywhere, and I’m in. That’d be gutsy.

I guess I’m an outlier.

I had to look it up, but my iPhone is 9 years old.
Does what I need it to, so I’m not sure why I’d replace it.
/shrugs

Show us a way to escape from the Android/Apple oligopoly, where my data is sold everywhere, and I’m in. That’d be gutsy.

PinePhone seems to be interesting in that aspect, but is still work-in-progress. I’ll definitely buy it when I get better financially.