Well, such a barrel could be considered a sort of plumbing…

The truck was re-sold in Syria? Are there no truck drivers in the US?

The truck was sold at auction in November 2013, and passed through an unknown number of hands after that before finally ending up in Syria. (Not contradicting you, just clarifying the timeframe. A lot more’s likely to happen in thirteen months than one month.)

I noticed that too. It’s come to where anybody who opposes the US or the interests of the US is, by definition, a terrorist. Then it’s okay to wage war without objectives or rules, forever.

The Mario Bros got pissed off.

There’s no such thing as bad publicity… perhaps.

…coming soon to an obscure crossword clue near you?

I kid, of course, but there’s plenty of recalls I’d expect to do that kind of headlining… “What you don’t know about you 2012 Chevy Tahoe could kill you”

I think the “victim” label is more appropriate for whoever’s downrange of that cannon.

My neighbour’s tree keeps blocking my drains. I should call this plumber. I am sure he will sort it out one way or another.

Right up until it turns out that those particular terrorists are useful, they they’re plucky freedom fighters that deserve aid. Until they’re not useful again at which point they’re terrorists again, but at least this time they’re armed with advanced US weaponry.

I think the “victim” label is more appropriate for whoever’s downrange of that cannon.

Wouldn’t that be victim blam-blam-blaming? 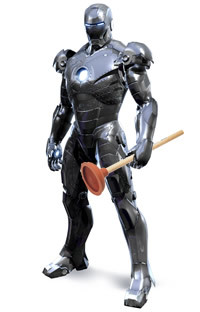 I believe “Captain Insano” wins my contest for outstanding comment from the OP:

There is no reason a dealer should make money on this. I sell all my used vehicles to terrorists via wheelsforjihad.com.

Makes me wonder if IS got going when somebody realised there was money to be earned by being a plucky freedom fighter.

Good grief…considering the paperwork one has to do in order to buy & register a car inside the country you’d think there would be tighter export controls.

Wait until you hear what happens to the weapons.

Given how little it’s actually good for, one would guess that we can get rid of 90% of the paperwork, in more or less everything, without any adverse effects.