Think they got the rights to use “Paint it Black” for this video? I remember what a big deal it was when Microsoft licensed “Start me Up” back in the day. How far we’ve come.

It uses turn signals. better than half the drivers out there already (myself included) 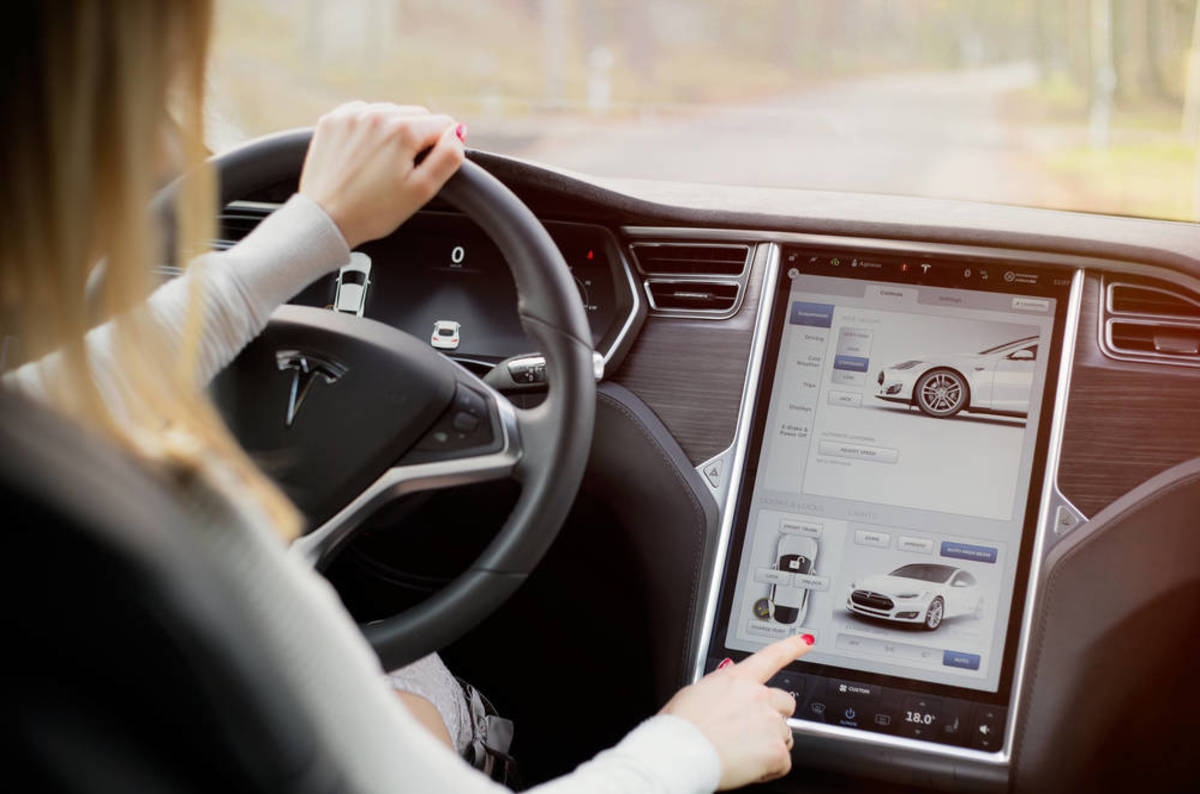 It uses turn signals. better than half the drivers out there already (myself included)

Well of course, it isn’t a BMW.

Kinda weird that they left in it clearly crossing the yellow line in that (admittedly weird) drop-off zone at the office.

What happens as the cameras begin to get covered with snow and ice, and the image becomes distorted? Will the algorithms be able to reliably distinguish between bad data and an incoming truck?

Yea I saw that too. I’ll bet that was a manually programmed procedure… What are its rules for where it can just randomly stop to let you out?

It seems like we’ve now hit the point where it doesn’t make a lot of sense to buy a new car. When autonomous vehicles take off, there will be little point in owning your own car. Especially since automakers will no doubt rely on planned obsolescence to make up for the expected decline in sales.

In the shorter term, it’s sufficient that the car is always able to pull over to a safe place and ask you to deal with the situation.

Instead of worrying about the cameras, personally I’d worry about the processor. The car can only pull over safely (or drive at all) if the CPU/GPU/network/etc. are functioning properly, and none of this stuff will fail safe or gracefully without a lot of expensive, unforgiving fault tolerant design.

For a comparison, SpaceX uses sextuple redundant computers with lockstep code execution and voting in their Dragon capsule. It’s just a fact that computers occasionally go bad, often in complex and difficult to detect ways. If you have a computer that really, really can’t stop working, it’s a difficult problem that requires a lot of exotic design.

The article said the lenses are heated, but yeah, they’re gonna have to deal with that.

Well, I didn’t expect to witness the point where humans become economically obsolete. But I do now.

Just to expand a little bit… The car’s AI can deal with an occluded camera or something by having the necessary software. I.e it can pull over or something.

But it can’t deal with anything if the processor crashes – the best you can hope for is to slowly brake without steering, and flash some lights. And there are much worse failure modes if the processor has some form of corruption (I.e. bad ram) which the software is unable to detect. Essentially, it might just go nuts.

Surely you jest, all human drivers are perfect.

“With the release of our new cell phone game, Pokemon Auto, we can now definitively say that the average human driver is far worse than any AI.”

What happens as the cameras begin to get covered with snow and ice, and the image becomes distorted?

People are going to go nuts actually coming to a full stop at stop signs.

edit: although further down the line cars won’t even need to slow down at them.

Perfect. I had planned on picking up binge drinking. This may, very well, be my inspiration.

I know fully autonomous vehicles are coming and I’m 100% looking forward to that future but I do worry about competitive car companies rushing products to market before they’re ready. I’m still not convinced they’re robust enough to deal with winter in New England.

And to those suggesting that they can deal calmly with ice-encrusted cameras by pulling over to a safe location how will they identify a safe location if their sensors are disabled?