there was “no malicious intent” and that “the technique was acceptable in some scenarios.”

Anybody wanna place bets that the bigoted asshole in question doesn’t lose his job or suffer any real consequences? 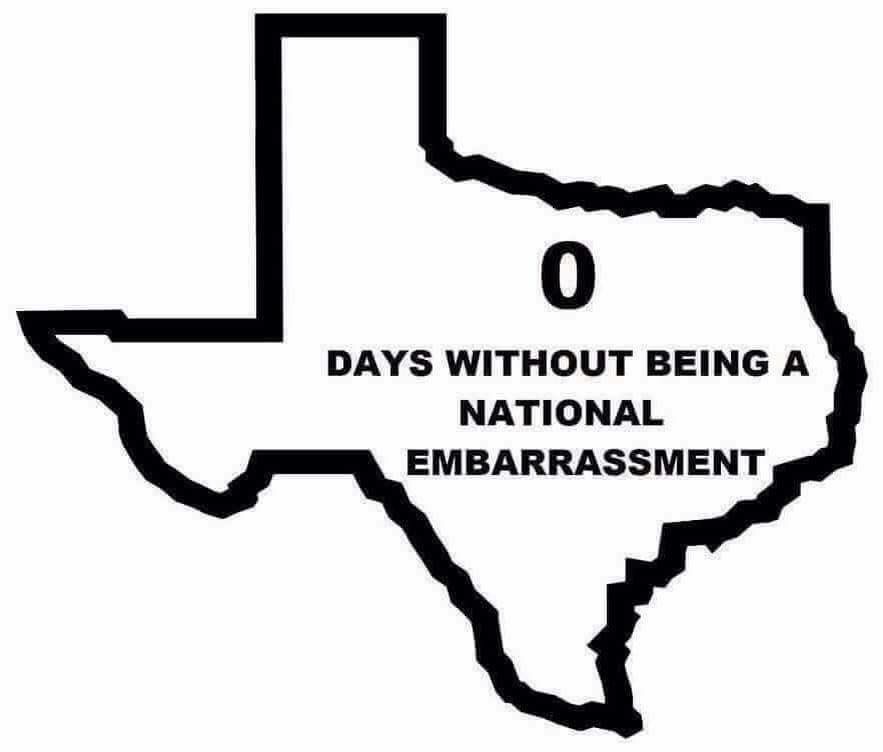 “the technique was acceptable in some scenarios.”

You know, like maybe they were in a place that wasn’t accessible by car? /sad /sad /sarcasm 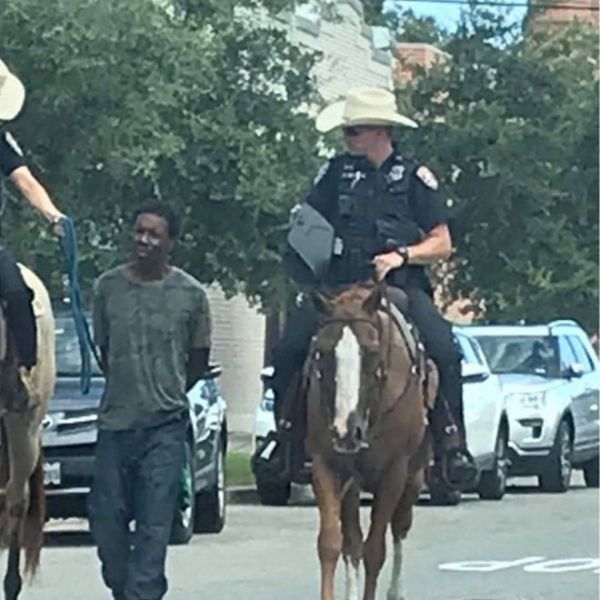 If they lost control of the horses, another preventable injury to a human being they were being criminally negligent to (or death, of course)…

A rope, with a clip on the end, held on the far side by someone nominally ‘in control.’

ok not a good idea especially considering the historical implications. they are probably racists cops. but one does have to ask in this instance what are the alternative options for a horse mounted officer to take someone into custody. how far did they have to go to the staging area ? and would calling in a squad car not be a better option?

I’m not justifying this but police horses go though some pretty incredible training and evaluation. if the officers were trained as well as the horses we might see better policing.

Let’s assume for the sake of argument that there was, in fact, no “malicious intent” from these officers. All that means is that these officers had such a stunning lack of empathy and understanding (not to mention training) of racial issues that they couldn’t (or, wouldn’t) understand why this would be an incredibly bad and potentially incendiary thing to do.

That’s the problem I think a lot of people have with acknowledging what “racism” means in the real world. So many people think that they can excuse bad behavior with a “he’s not racist at heart!” to any action short of calling someone a racist slur accompanied by a notarized declaration that the speaker is, in fact, racist. But if you do something like this without being able to think of what it means for the person on the other end of the leash, that’s racism.

Sometimes I see news articles and worry about your blood pressure.
When I saw this earlier today “Holy Crap, that cannot be … no it is worse than the headline. I really hope @Melz2 head does not explode when she sees it”

What the hell? They couldn’t call in a car for prisoner transportation?

That is kind of justifying it. You can’t train a horse to not step on someone you’ve restrained.

There are a thousand chances for the prisoner to trip, and get injured and killed for no reason by a horse just being a 1000lb animal.

What the hell? They couldn’t call in a car for prisoner transportation?

What I read earlier was they could have, they should have and given that he had a history of mental illness they especially should have. May be in the linked article or a different one.

The usual excuse I see is, “he’s not racist because he didn’t use the n-word!”

Or the other usual excuse, “Just because he was wearing robes at a KKK meeting, it doesn’t mean we can know the intent he had in his unknowable heart.”

If they lose control of the horse, they can let go of the rope. That seems actually less risky than putting a handcuffed person into a car and getting into an accident where the car catches fire.

And, as denizen pointed out: proper police horses are super well trained, no comparison to the skittish hobby and race horses.

That said: the imagery is super bad. Even as a non-American there’s something deeply disturbing to see people let that way, even though it’s even more centuries this was done to and by my ancestors. (Nevermind the behavior of European colonizers in Africa). In the US?

How tone deaf do you have to be to treat a suspect like that, especially one with black skin? Would’ve called for a car or frigging walked. It’s not like riding would’ve been faster.

I know this is a dumb idea but how about one cop dismounts and walks with another human being why the other cop leads the horse. They get there at the same time and it implies a bit of dignity to the guy they are arresting for criminal trespass. Silly idea I know. And just for the optics fun of it how about two black cops on horseback leading a white guy… How would that work hum?

Sometimes I see news articles and worry about your blood pressure.

Nah, I’m good at compartmentalizing and ‘saving up’ my apoplectic rage for when the shit really hits the fan and society crashes and burns for good.

Stuff like this is disheartening and enraging, but sadly from my perspective, it’s just yet another vivid reminder that racism, bigotry, prejudice and mindless hatred are still alive and well in the “great American melting pot.”

they were in the middle of fuckin’ downtown.

It’s like we’re living in one of those cheesy sci-fi movies where someone accidentally opens a time portal, except instead of our cities being overrun by dinosaurs we’ve got Nazis and Klansmen and Antebellum slavers.