“I can’t say what their intention was, but that’s not going to be acceptable,” Davis told The Texas Tribune…

The fact it got as far as to be part of the agenda really pisses me off. No, there’s no downplaying slavery. My paternal grandmother’s family owned slaves in Maryland. It happened, there’s no good that comes from it, aside from its abolition. The fact there’s technocrats that entertain this shit is unacceptable. Whomever proposed this language change should be removed from public office and barred from any other governmental position. I would even go as far as stripping them of any pensions or post-employment benefits. They should get nothing for their bad deed.

I’m assuming that “human capital arbitrage” was rejected only because of the need to keep it to a k-2 reading level.

Similarly ‘extraordinary rendition’, which I had assumed was now the government approved term for all such inhuman shenanigans.

They later voted on whether to rebrand hangings as non-consensual assisted suicide. /s

I guess “involuntary relocation” was still too strong; students would pick up on “involuntary”. In keeping with the South’s phony-baloney historical take on the life of slaves, “enhanced worksite upgrade” would be appropriate.

Indeed. Your suggested possibility goes along with the fucked-up argument that kidnapped Africans brought to the US were better off because it “elevated” both their conditions and them.

In one of my high school classes, one of the students asked in regard to Black slaves (and I’m paraphrasing here), “Isn’t it true that Blacks don’t suffer much anyway in the heat?” The class exploded. Derisive laughter, insults, loudly hurled corrections and one stupified instructor looking down at the floor and shaking his head madly. The class happened to be 100% attended by White students. Better days, back then… at least in B’klyn. 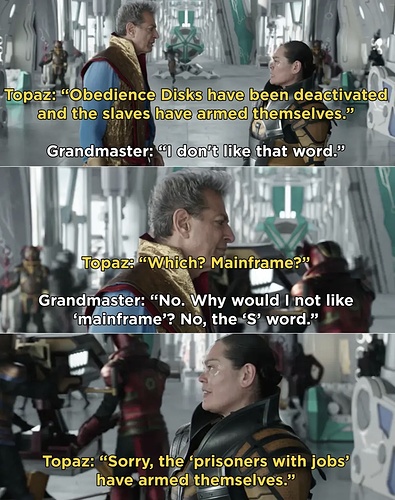 Even if all that happened was kidnapping a bunch of people and transporting them across the ocean, that would still be pretty fucked up. But no, the full on fucked upness of slavery should be taught because it’s imortant to know the bad things in history as much as the good. 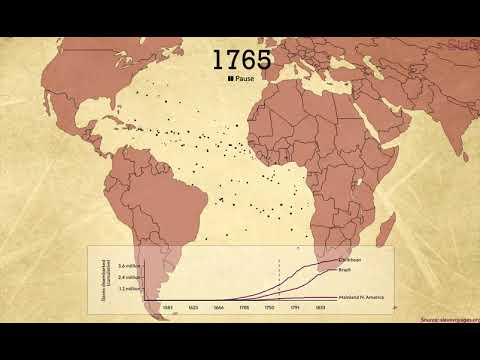 Beau breaks down why this is happening:

“I can’t say what their intention was, but that’s not going to be acceptable,” Davis told The Texas Tribune…

It’s no exaggeration to say that this sounds just like the euphemisms that the Nazis used. For example the “resettlement to the East” (transporting Jews to death camps) or “material for relocating Jews” (as the coal and other crematorium supplies was referred to on the paperwork for these death camps.) 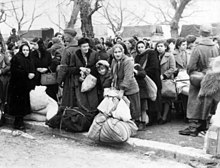 Resettlement to the East

Resettlement to the East (German: Umsiedlung nach (dem) Osten) was a Nazi euphemism which was used to refer to the deportation of Jews and others such as Gypsies to extermination camps and other murder locations as part of the Final Solution. The Nazis used the euphemism as an attempt to fool their victims into thinking that they would be "resettled" somewhere else, usually in a labour camp, but not all of the victims believed the claim. The Germans also used the word "evacuation", implying Most ...