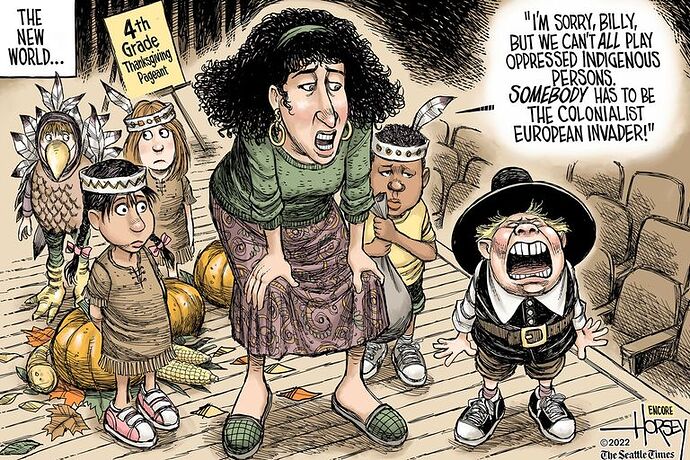 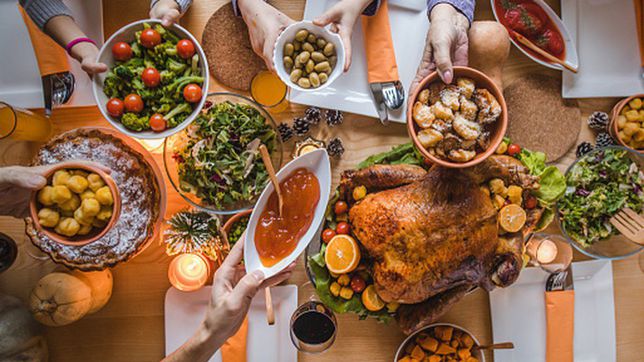 Thanksgiving: how long has it been celebrated? What’s its origin and meaning?

The iconic image that Thanksgiving conjures up is of the famous 1621 feast between Pilgrims and Native Americans, but there’s more to the story.

Thanksgiving has its roots in older traditions from Europe of celebrations for the end of conflict, arriving safely to a destination, and a good harvest. Such celebrations took place before the mythologized Thanksgiving of 1621seen as the first Thanksgiving. The earliest one recorded between Native Americans and Europeans took place in modern day Florida back in 1565 between Spanish explorers and the local Timucua.

For myself and everyone I know, Thanksgiving is in no way a celebration of some idealized meeting between Pilgrims and Native Americans, but just an excuse to spend some time together with family and friends and eat a big meal (though I haven’t celebrated it for years now anyway). For those of us who don’t have kids to disabuse of the false narrative, I’m not exactly sure what constructive actions can be taken to mark the holiday in a way that’s helpful rather than hurtful (or neutral) to the oppressed victims of history’s colonizers. Suggestions welcomed.

None here, except, Bon Appetit.

This guy nailed it. 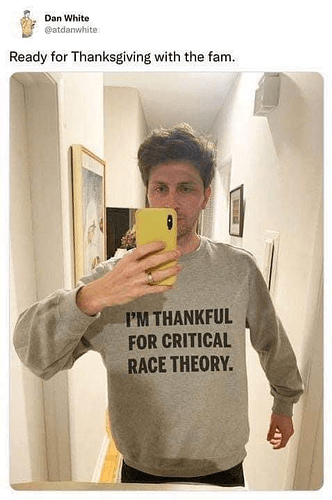 So did this guy! 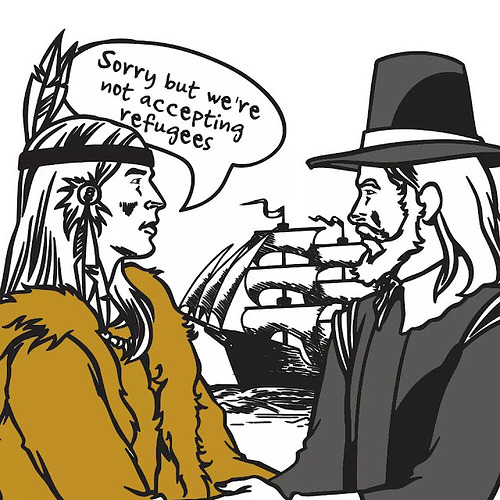 I’m not exactly sure what constructive actions can be taken to mark the holiday in a way that’s helpful rather than hurtful (or neutral) to the oppressed victims of history’s colonizers. Suggestions welcomed.

We had a mix of family and friends, which is pretty common for us. One person in the group this year is here on a student visa from Hong Kong, and like the Taiwanese they are considered to be Chinese in the U.S. but have very strong negative feelings (this person would go so far as to use the word ‘hate’) for China. So a discussion of how groups in power harm others is easy from that starting point.

And honestly, he blossomed over the course of the day and evening, as he saw what it was for everyone to pitch in to cook and clean and play games, etc. He especially appreciated when we went around the table to talk about what we were thankful for, because we all went first so he could get a feel for it, and we talk about difficulties as well as obvious highlights of the year, so he could see how we were focusing on a holistic view of life, which with the political and historical discussions made it a memorable event for him and not just some Just-So story told to children.

Basically, talk about it. Talk about the specific ugliness of what happened to the Native tribes in what is now the States, but also about how oppression is still worldwide. And, how important it is to take the moment and appreciate what you’ve got, despite knowing the ugliness is still out there.