From what I’ve read, it’s still not clear there was an “attack.” It almost certainly wasn’t a “sonic attack.” The sound people were hearing was, apparently, crickets. There may have been some sort of exposure to something, i.e. chemical or biological, but that seems doubtful, too. There’s every possibility that it was “psychosomatic” - there’s plenty of examples of events where large numbers of people were afflicted by something that had no external sources that caused serious problems for the afflicted; the human brain is fully capable of totally fucking us up without any outside help. 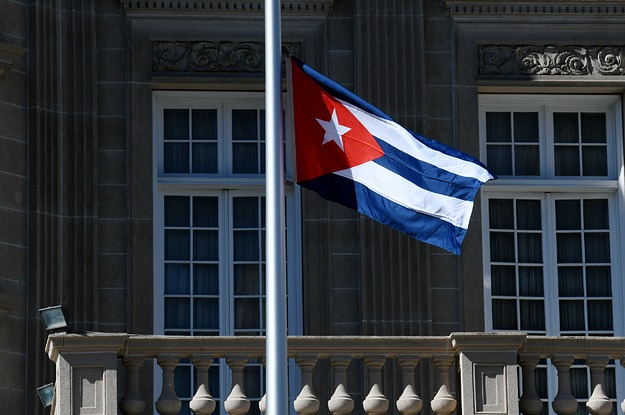 The Journal of the American Medical Association published letters today critical of a study it published six months ago claiming that US diplomats in Cuba had suffered brain injuries.

I left out the money-quote, emphasis mine:

The February JAMA article was touted as the first scientific assessment of the evidence. In it, University of Pennsylvania researchers ruled out a sonic attack, neurological illness from a tropical virus, or poisoning as possible explanations.

So - Telegraph got it exactly backwards. Big Surprise.

So, they had Fox News on in the waiting room? 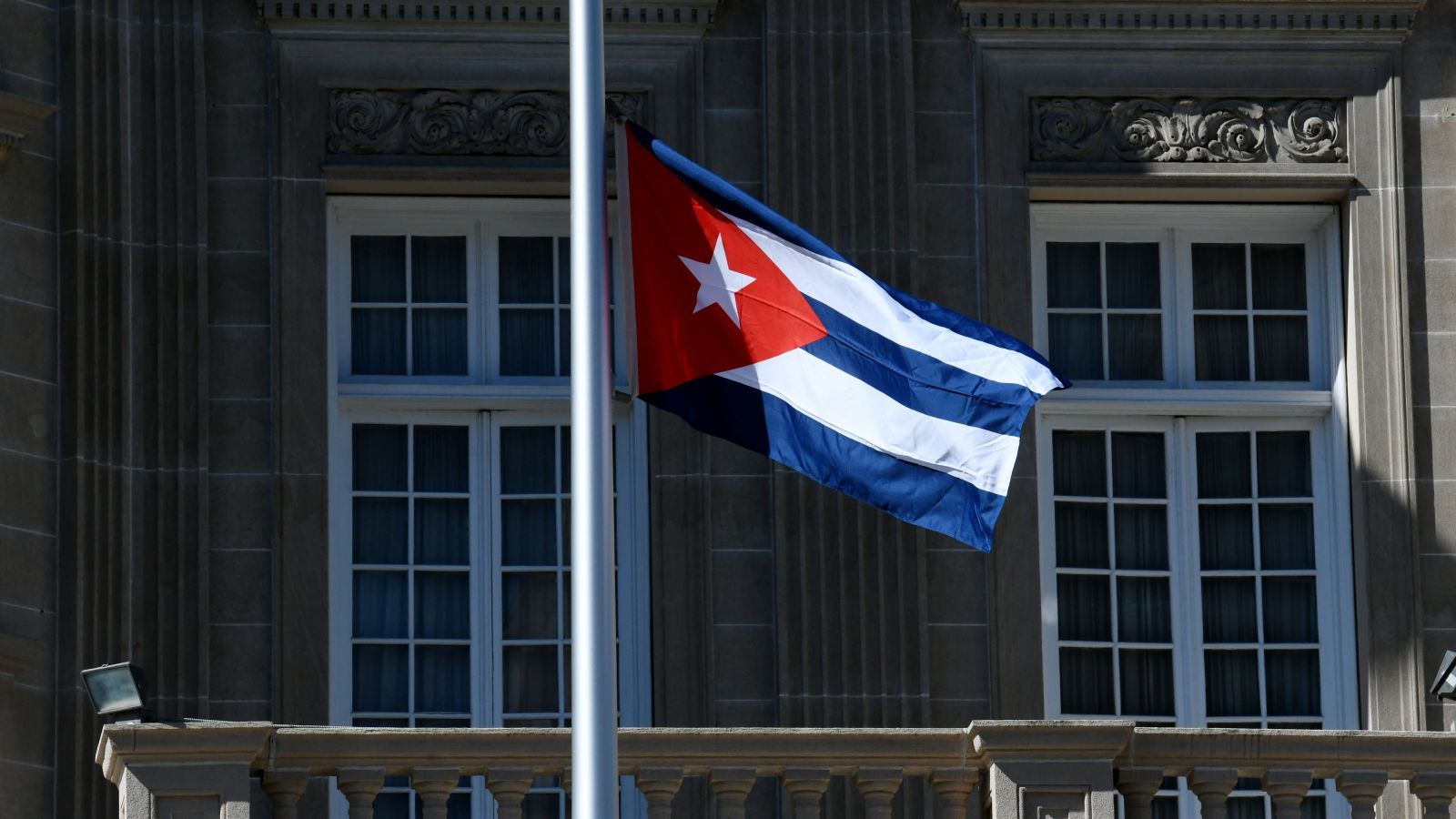 In late 2016, U.S. and Canadian diplomats at their embassy in Havana, Cuba began coming down with unexplained symptoms, including nausea, headaches, and hearing loss. Some also claimed to have heard mysterious sounds just prior to their symptoms,...

Largely the same as the criticisms from the last announcement from this team. What they’ve found doesn’t fall within the bounds of what indicates injury, the patients have a disproportionate history of concussion and brain damage predating exposure. The methods and tests used aren’t capable of identifying disease. No plausible mechanism for physical injury has yet been proposed, and these findings do not even amount to identifying injury, or even physical differences that could cause the symptoms claimed. Symptoms are vaguer and less consistent than you would expect with a cause effect relationship.

And beyond the specific criticisms leveled at this team, and this is not the first time they’ve found differences of this sort and made a major announcement. Experts from a variety of fields have already outlined how the host of symptoms and their spread map most cleanly to psychosomatic illness and mass hysteria. Rather than real world disease or injury by a defined event. Experts arguing there is real damage to these people’s brains and that a “sonic” attack is plausible are almost exclusively non-medical or laser focused on examining brains and brain injury.

In my experience diplomats suffer from brain shrinkage in the normal course of their career.

So - Telegraph got it exactly backwards. Big Surprise.

In this particular context, I would note that the Telegraph is the usual location of stories “from an unnamed source in the security services”.

This is really bad science. The editors of the JAMA need to rethink quality control.
In short, there is variability in brain dimensions between people. I’m shocked.

40 embassy employees and 48 random controls were tested. No attempts were made at getting matched controls in mental health history or body size. No adjustments for multiple comparisons were made in the stats, and the variability of the data was not given for either group. Any 2 random groups would have a similar amount of difference

Should we assume brain scans were taken before the embassy event for comparison? Maybe small brains are endemic to the diplomatic corp.

At this point it seems like we should really know from experience that when one goes out looking for brain differences, one will almost inevitably find them. Whether they really mean anything, much less are relevant to the concern at hand is another issue entirely…

Should we assume brain scans were taken before the embassy event for comparison?

They weren’t, which is the problem here.

There’s also a well known issue with people attempting to draw conclusions without the relevant expertise. The pro-sonic attack side of this seems to have discounted the psycho-social possibility, even publishing research attempting to show how it doesn’t apply. Without actually checking with anyone with a background in psycho-social illness. When groups that included people from a whole bunch of different fields, including people with relevant expertise in psychology and psycho-social illness, looked into it on their own. Well they found a pretty text book case, and unlike these brain change claims. Others have been able to replicate those findings.

If you take a patient and stick him in a room, one at a time, with a neurologist, an immunologist and a psychologist. The neurologist is gonna see a brain problem, and start looking at the brain. The immunologist is gonna suspect an autoimmune disease and start poking around for those. And the psychologist is gonna suspect a mental heath issue and start asking about the patients mother. But if you’re trying to narrow down this kinda mystery you can’t just pick the brain guy and run with it. Cause if it turns out the patient is allergic to soy only the immunologist is gonna be on the right track. You kinda gotta figure out where to look first. You stick the patient in the room with all three and let them hash it out. And noone did that with these sonic attacks. They went right to sonic attack, and right to brain damage.

And IIRC there have been plenty of brain scanning with psychosomatic illness, its just not like headline science. But part of the issue here is that everything changes the brain. Like I smoke. That’ll make your brain shrink. And just cause your brain shrank, doesn’t mean it had any impact on brain function or caused any symptoms. That shit can just shrink. One of the regular criticisms of these findings from the last couple go rounds is that what they’re identifying is within the range of “normal” across the population. And the results are likely skewed off the baseline by the very small sample size combined with the higher than usual incidence of concussion and brain injury (predating the "attack) among the group of patients. 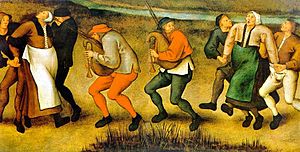 The embassy is listed as a possible case.

link to the original article. (the details are paywalled, though) 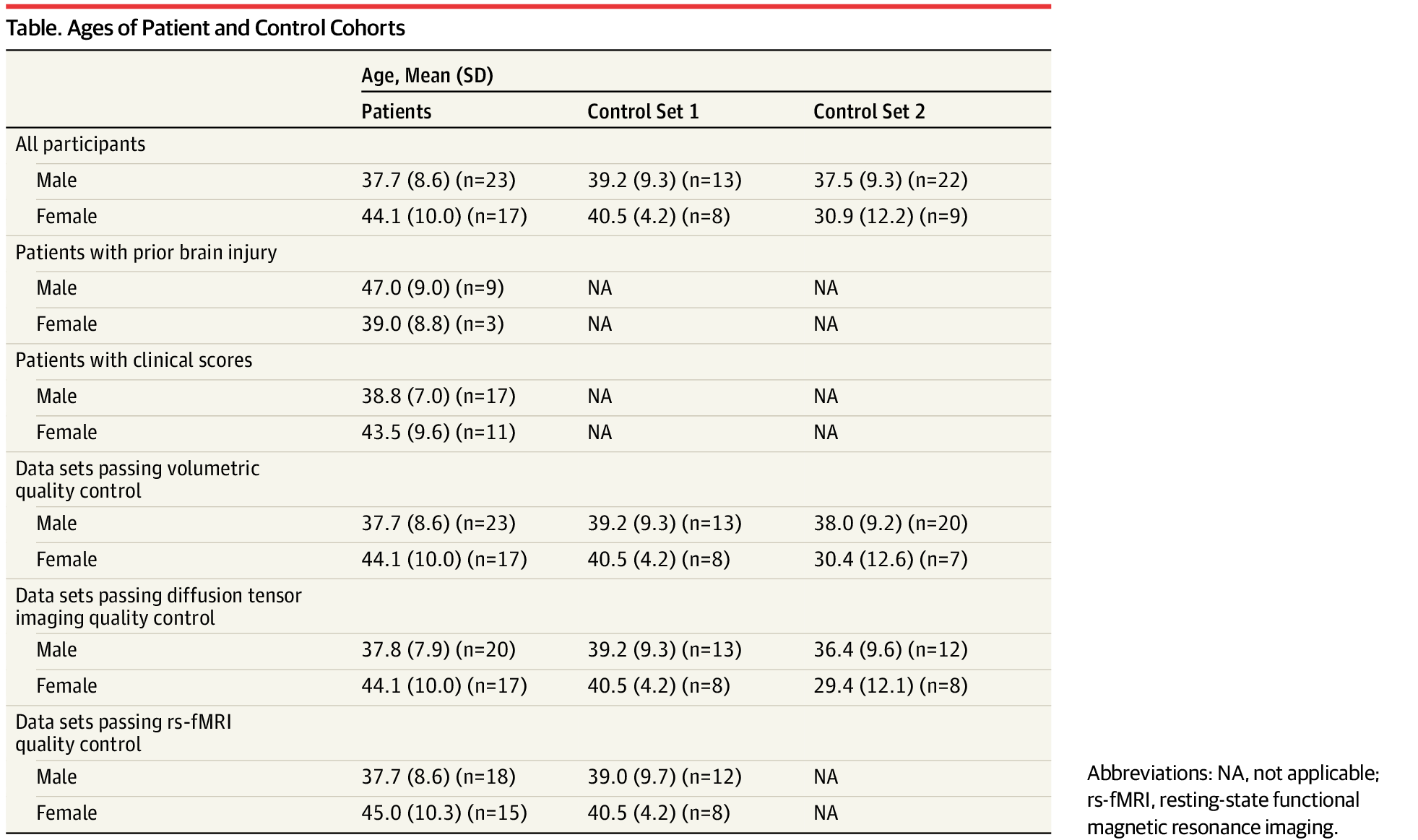 Neuroimaging Findings in US Government Personnel With Possible Exposure to...

Between 2016 and 2018, US government personnel stationed in Havana, Cuba, reported exposure to unusual auditory and sensory phenomena followed by neurological signs and symptoms characterized clinically as cognitive, vestibular, and oculomotor...

That explains my family. What about the rest of the bumpkins?

This sounds similar to Joe Namath recently talking about his brain scans. As a result of his playing football for years and having concussions, and seeing what that had done to several of his ex-teammates and opponents, one side of his brain was pretty dark indicating the brain was not getting oxygen. Apparently he’s been getting hyperbaric chamber treatments for over six years now and the scans now appear normal. It seems interesting though I haven’t heard of other NFLers trying this course of treatment.