Wouldn’t there be a corresponding spike in Cubans with the same symptoms if it was just general spraying?

But if you’ve been exposed anx had symptoms all your life, and everyone has, it’s just “normal”. Or you develop automatic habits to avoid exposure to the contaminants that outsiders don’t. Like not putting your wallet on the dresser after the government has been in.

When you haven’t, you notice them.

Plus, what the Cuban people discuss with the authorities is a lot different than what foreigners (and especially foreign government officials) talk to their own people about. Maybe the embassy contracted with someone who used a different formulation.

There could be a large combination of factors at play. Maybe it combined with something else to amplify the effect – therefore people not in the buildings didn’t get hit as hard.

Or maybe it was sonic. Maybe everybody is spying so hard on everybody else that all the signals are causing feedback, but nobody wants to admit to it.

I hear the White House is infested with vermin. Perhaps a job for a Cuban exterminator. 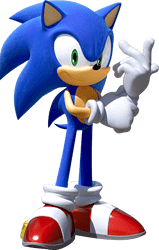 I never read about any Cuban person’s health problems. Nobody reports about that. I doubt they are asked, or that they would be given permission to respond. Moreover, I doubt (this is speculation) that the Cuban authorities would be willing to admit to any health problems because their healthcare system is a point of national pride.

That is exactly what I meant with

Plus, what the Cuban people discuss with the authorities is a lot different than what foreigners (and especially foreign government officials) talk to their own people about.

My paragraphing got a little weird with the next line. Even if Cubans are suffering, it would be only their doctor they spoke to (if at all) and definitely not foreigners or foreign media. You certainly don’t go giving the government reasons to look at you.

My paragraphing got a little weird with the next line. Even if Cubans are suffering, it would be only their doctor they spoke to (if at all) and definitely not foreigners or foreign media. You certainly don’t go giving the government reasons to look at you.

And then the doctor hears about the problem at the embassies. Someone should have put two and two together, and Cuba isn’t North Korea, word would have gotten out if similar problems were widespread among Cubans.

It’s more likely that the embassies sprayed harder than the locals just to be absolutely certain they were safe from mosquitoes.

Maybe some sort of combination/interaction of the insecticides used on the outside to combat mosquitos with something used on the inside (other insecticides/fungicides/desinfectants/cleaning agents) or used by the affected staff (meds for malaria prevention/booster shots against tropical fevers)?

My bet is the combination of spraying too much insecticide inside the building and the love of US embassies for closed spaces with air conditioners.
Exposure to high concentrations, that’s it.

You could well be right.

This is just one of the many plausible explanations that should have been entertained before leaping to “sci-fi death ray”. The whole thing is weirdly pre-rational, like a case of St Anthony’s Fire or mass dæmonic possession from the middle ages.

It would be crazy if this turns out to be the verified cause. I visited Cuba right before the Obama trip, 2015 I think. There was great fear of the Zika virus at the time. The mandatory national spray program was in full swing, and in fact came into the guest house where we were staying, ran everyone out side, and then heavily fogged the entire property. As they did to each and every house in Havana, and all across the country. The piece of equipment that they were using looked like it came from the 1950’s, made of tin and all dented, with a tiny gasoline (or kerosene) engine, and a cone like a cartoon drawing out of which the poison fog spewed.

No ringing in my ears yet, though…so far.

This is just one of the many plausible explanations that should have been entertained before leaping to “sci-fi death ray”.

Especially considering that both EM radiation and sonic energy are very easy to detect, and EM at least is something I’m pretty sure they go around embassies trying to detect, so not being able to detect it should rule it out.

This is a good guess. Could also be that the sprayer just did too much in the area they happened to be in, and they got a higher dose than average.

How many Cubans actually work in the embassy? I was assuming that not having many (or any) non-U.S. personnel there would be the reason they didn’t show signs of exposure.

You might be surprised if you ever ran into top tier tech these days. Not exactly crazy for them to think that