In Norwegian folklore there’s lot of references to the troll living under the bridge. As you cross the bridge he’ll pop out and try to grab you. Due to the troll’s size and strength there is no way to fight it off, you can only try to stay cool and outsmart it. The many tales of kids or animals who keep their wits about them and manage to trick the troll makes for great fairy tales for kids.

I spent many an afternoon there, no ill fates befell me… 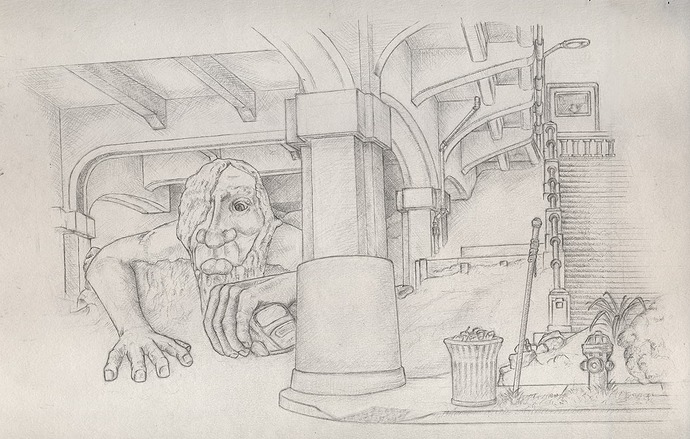 When the troll was first unveiled, the VW Bug was not covered in concrete. The engine had been taken out and a time capsule was put in the engine bay, and the engine covered was welded in place. But vandals kept trying to get into the engine bay, and smashed up the bug several times, before someone finally succedded in getting to the time capsule. After that, the bug was repaired and covered in the same concrete that the rest of the troll was made of.

In Norwegian folklore there’s lot of references to the troll living under the bridge.

The version of this I’m most familiar with is Three Billy Goats Gruff. I wasn’t aware of it being Norwegian in origin until later in life, but it’s a common fairy tale told to US children.