Originally published at: The Beverly Hills Cop reboot has picked up some interesting co-stars | Boing Boing

I’m not sure why you’ve described this as a “reboot”, given that the article you’ve cited has clearly said it’s a sequel, which is not the same thing.

Eddie Murphy could pull off an aging detective but how many Detroit cops have been on the force for 40 years?

Growing up in Detroit and still living in the area I will always watch that opening scene able to name all the streets and landmarks as the chase goes on.

And without Gill Hill, who was a fixture in Detroit for decades until he passed, it just won’t be the same without Axel’s hard ass boss. I know, that ship sailed in Cop 3 but still.

Pluto runs the 3 movies back to back at least once a week, I’ll get sucked in every time.

Could be a challenge to update the franchise. I don’t know if a movie about police officers abusing power, endangering the public, mocking homosexuals and engaging in blatant grift is going to seem as funny to audiences today as it did back in the 80s.

I’ve no idea what is allegedly ‘interesting’ about those names in this context. Maybe blog post could expand on headline’s use of selected adjectives?

To a certain demographic? Why change a good thing, snowflake!?

Ooh, right in the tailpipe. 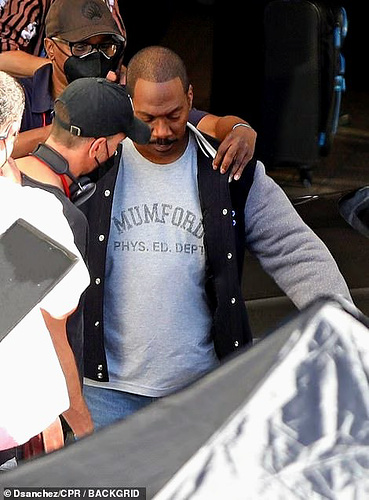