To be fair, it will be hard to top Altman’s cable favourite (featuring Shelley Duvall in the role she was born to play). 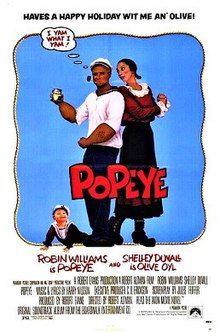 Popeye is a 1980 American musical comedy film directed by Robert Altman and produced by Paramount Pictures and Walt Disney Productions. It is based on E. C. Segar's comics character of the same name. The script was written by Jules Feiffer, and it featured Robin Williams as Popeye the Sailor Man and Shelley Duvall as Olive Oyl. Its story follows Popeye's adventures as he arrives in the town of Sweethaven. The film premiered on December 6, 1980 in Los Angeles, California and opened in the rest of...

Insane spectrum of talent in this pic, but none more than The Guy Who Drew The Cover of Revolver as von Schnitzel or w/e his name was.

the official teaser that showed off some early animation.

OMG! That teleporting Jeep is so darn CUTE!!

I loved the old Fleischer cartoons of Popeye. Cartoon Network used to play them at like 2 or 3 in the morning and I’d Tivo them.

When I was younger I know the color re-runs of the newer cartoons (from the 50s?) used to play at my grandma’s house.

I saw it as a kid and then later as a young adult, and didn’t love it either time. Genndy Tartakovsky’s CG version would’ve had a better chance for me to like, but it’s a shame that Sony decided to cancel it

I misread as Tarkovsky and am so disappointed

Apparently so. I don’t remember the movie well enough to know who that character is.

I was more commenting on the stereotyping by throwing out the name of a German food for a person’s name.

The opening with the 20-minute tracking shot of Popeye leaving the ship to buy spinach is chef’s kiss.

EDIT: Warning, this is a Tarkovsky joke.

I was more commenting on the stereotyping by throwing out the name of a German food for a person’s name. 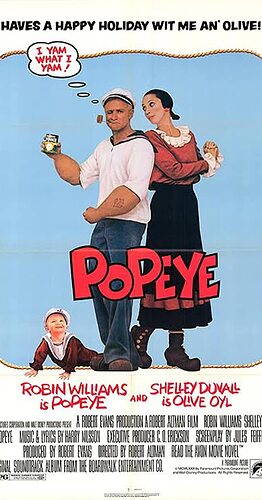 Don’t be too disappointed, Tartakovsky made some amazing art too. Can’t post a link, but you should look up “Samurai Jack XX: Jack and the Monks”. It’s beautiful work. 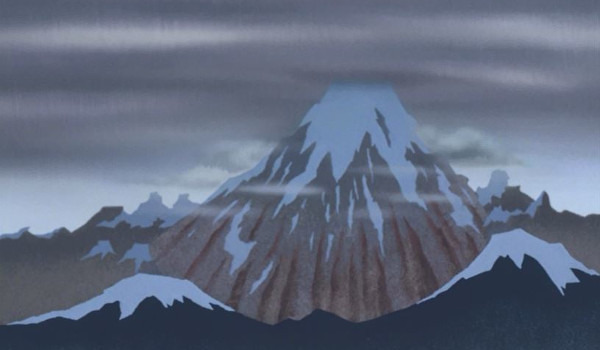 In case anyone was unawares, after a fantastic run a couple years ago in the online-only Popeye’s Cartoon Club Randy Milholland of the webcomic Something Positive has taken over the Sunday strips for the main Popeye series. 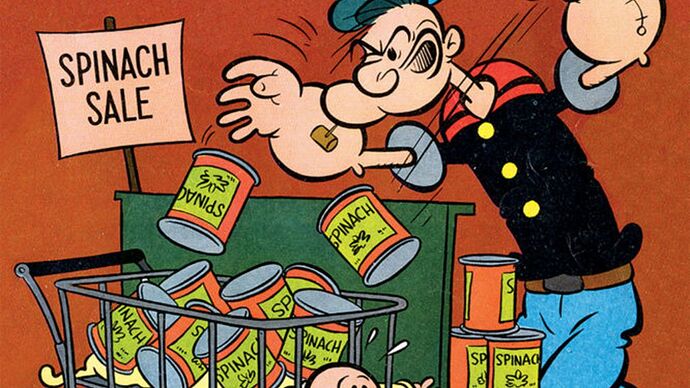 They’ve been a lot of fun, and I’m really looking forward to see what else he does with Popeye and friends.

I keep forgetting that he’s doing this…

Ah, lol. I got whoooshed.

Really? Good for him! I eventually stopped doing my daily webcomics that included Something Positive. I did meet him at a convention once and have a sketch of Choo Choo Bear frozen in carbonite.