Now you remind me that in 2008 my son and a few others created a turn-based strategy game during a summer camp that featured as one of the characters - Robo Pope. 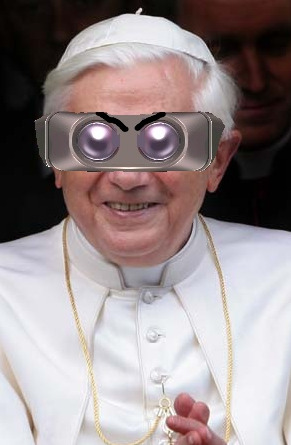 Maybe they should revive it and expand their horizons.

Is that Cthulhu I see in the background? I really like the designs for the main characters - very nicely updated and style-shifted!

I’m not sure what makes this comic- made in a pretty standard American comic/cartoon style by an American artist, a ‘manga’?

Is it just because Olive Oyl’s dot eyes have been replaced with the large, limpid irises of an anime character or Disney Princess? Because that feels like a low taxonomic bar to clear.

Is it just because Olive Oyl’s dot eyes have been replaced with the large, limpid irises of an anime character or Disney Princess? Because that feels like a low taxonomic bar to clear.

Yeah, easy to fall in the ‘no true manga’ fallacy, but, from the limited sample the style sure doesn’t look like one.

Good news from the Vatican!

From the fellow who would later bring you Invincible and The Walking Dead: 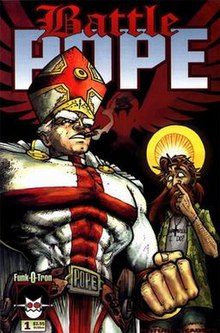 Battle Pope is an independent superhero comedy comic book series created by Robert Kirkman and Tony Moore, which was published by their own small press company under the moniker of Funk-O-Tron originally in 2000. The series was reprinted in color by Image Comics in 2005, with plans to possibly continue it with new stories after collecting the original material. The book tells the tale of a hard drinking, womanizing Pope, condemned by God for his own evil ways, who is called to action to save Sai...

Yeah, easy to fall in the ‘no true manga’ fallacy, but, from the limited sample the style sure doesn’t look like one.

Based on his new pant pouches I was thinking it was reminiscent of a Rob Liefeld comic. But it does show a shoe in one frame so I guess that rules that out.

It seems Popeye is receiving something of a revival, what with Randy Milholland of Something Positive now doing the Sunday funnies Popeye, and this.

As for what makes it “manga”, I would say the most “manga” part of it is the usage of extreme camera angles combined with the bold outlines. But it also has something of the French/Belgian/Italian style in it as well, owing as much to Hugo Pratt and Albert Uderzo.

I hear they’ll have both the jeep and the cheat. 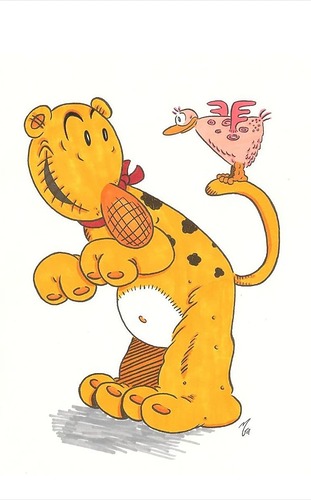 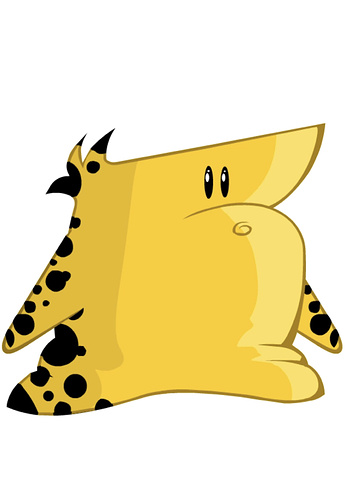 Shouldn’t that be the Sneak? 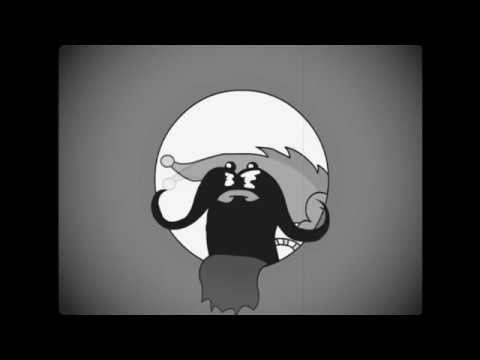 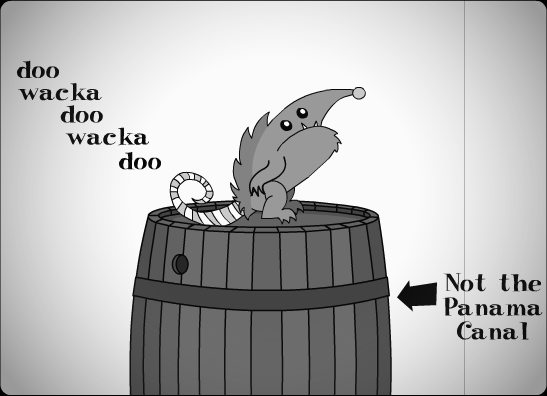 Appropriate, stylistically speaking, given that Popeye’s bigger in Japan than the US at this point.

“… this ambitious new series plans on show readers just how Popeye lost his eye all those years ago.”

Did the original comic strip make it clear that Popeye did lose his eye? I ask because in one of the Max Fleischer cartoons, Popeye lifted up his eye patch for a moment, appeared to see with that eye, then lowered the patch.

Could it have been this fellow? 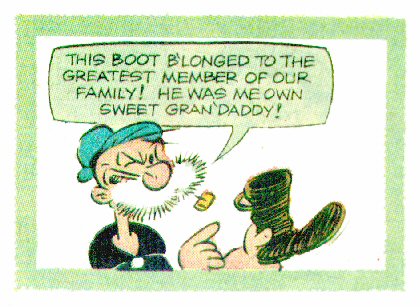 This article is about the character. For the comic story in which he first appears, see Patcheye, the Pirate!. Patcheye the Pirate is Popeye's great-grandfather. Once a fearsome pirate captain, he continued to exist in his ghostly form, trapped in a...

he was always drawn with his right eye closed

i don’t remember any canonical reason for it

the eye could be missing, or he could just be winking at us for no reason

In one of the MF cartoons Popeye wore an eyepatch (given the context of the story in that one cartoon; a disguise or something). He lifted the patch, took a quick look with that one eye (with a tiny whistle sound accompanying the look), then lowered the patch. My older brother and I recall that and have since wondered about the so-called blind eye. Perhaps MF playfully strayed from the cartoon strip for just that one moment?

He’s frequently referred to as “that one-eyed sailor” in the original comics, and I think a couple of times in the Fleischer cartoons. 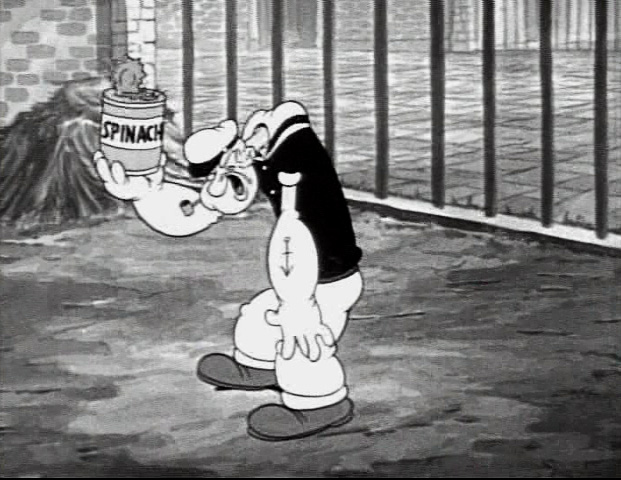 1) Popeye the sailor made his comic strip debut in January of 1929.  Popeye was originally just one of the many characters in a comic series drawn by Elzie Segar called Thimble Theater, which had been around for about 10 years before Popeye...

Popeye’s arch-nemesis, Brutus, was originally named Bluto, but this was changed for legal reasons.

‘Twas changed because of a mistake related to legality. It was wrongly believed that the character was created for the Fleischer Studios cartoons and once that deal ended, King Features, the strip publisher, felt the need to change to Brutus. They eventually realized their mistake and brought the name Bluto back.

I acknowledge in advance that every sub-generation is entitled to its own favorite tropes. That said, my reaction to this sample page was a big sigh. I don’t care whether it is or isn’t True Manga; what I see is another giant glowing all-powerful uber-enemy speaking Marvelese supervillian-speak to another battered uber-hero who refuses to die–“perish,” rather–and is gulping spinach to steel himself for the GIANT! CATACYLSMIC!! REALITY-BENDING!!! FINAL BATTLE!!! Same old same old.

The pre-Code Popeye offered plenty of violence, fantasy characters, magic, etc. However Popeye’s world was comparatively compact. Most of the interest came from the main characters’ interactions, the clever situations, and the oddball characters who wandered in and out of the story. If ever there was a character who didn’t need to be inflated to cosmic proportions, Popeye is it.

But tastes change, and money is money. It isn’t like King Features have enjoyed great success updating their legacy adventure characters (Flash Gordon, The Phantom, Mandrake the Magician). If they’re correct in gambling that a manga Popeye is what the invisible hand of the marketplace is grasping for, they’ll make a heap of dough. That’s what counts, not the mutterings of the likes of me. At least I’ve had my 15 seconds to grouse.