Originally published at: The city of Austin raises minimum wage for city employees to $22 | Boing Boing

This is being done under duress in a seller’s labour market but, as with a lot of things that happened post-Covid, American society is about to discover that something neoliberal greedpigs spent decades claiming was “impossible” will turn out to be not so impossible after all.

Countdown until Abbott signs a law overturning this…

I doubt that minimum wage increases will fix their shortage of police, fire, or EMS staff, unless the impact propagates up the salary scales fairly fast (which I somehow suspect it might not - or not fast enough).

I deal with CoA and they’ve long had a reputation for struggling to retain workers, and some departments are managed poorly and have a high turn over. One of those being their permitting dept, and any time i have a project that needs a permit ASAP its always a gamble and a pain to get things in time.

I doubt it, if it were the case it would’ve happened already as the City would’ve likely taken a long time to discuss and approve the wage increase. City is also dealing with a huge increase in real estate and rent prices so the new wage is a bandaid to adjust for inflation in the city for their workers

It’s the City of Austin that has raised staff minimum wages, and the picture that should really be displayed with this welcome news should be Austin City Hall, which looks like this: 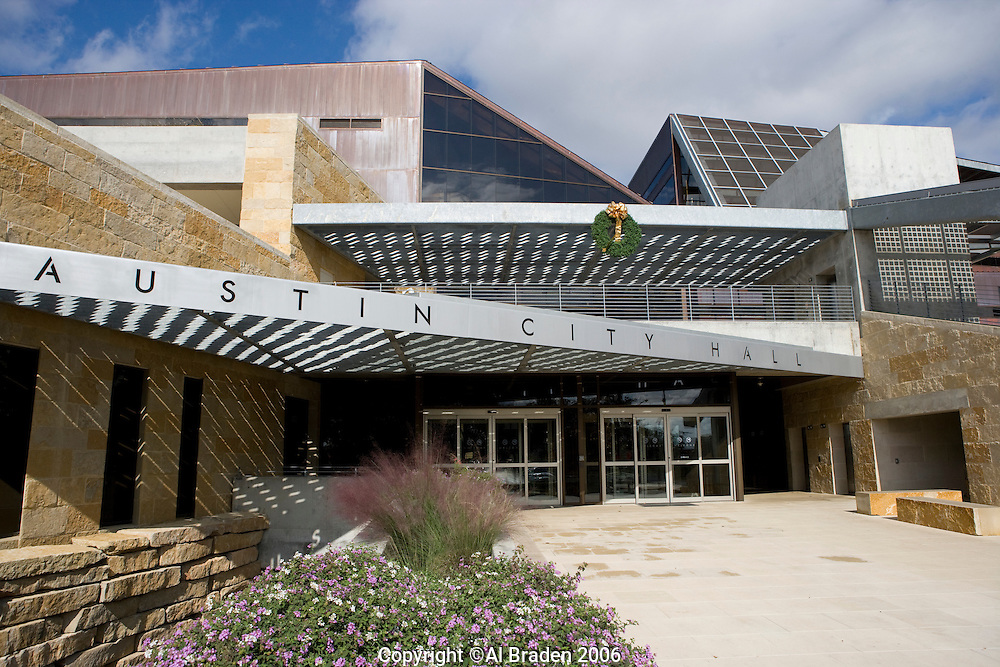 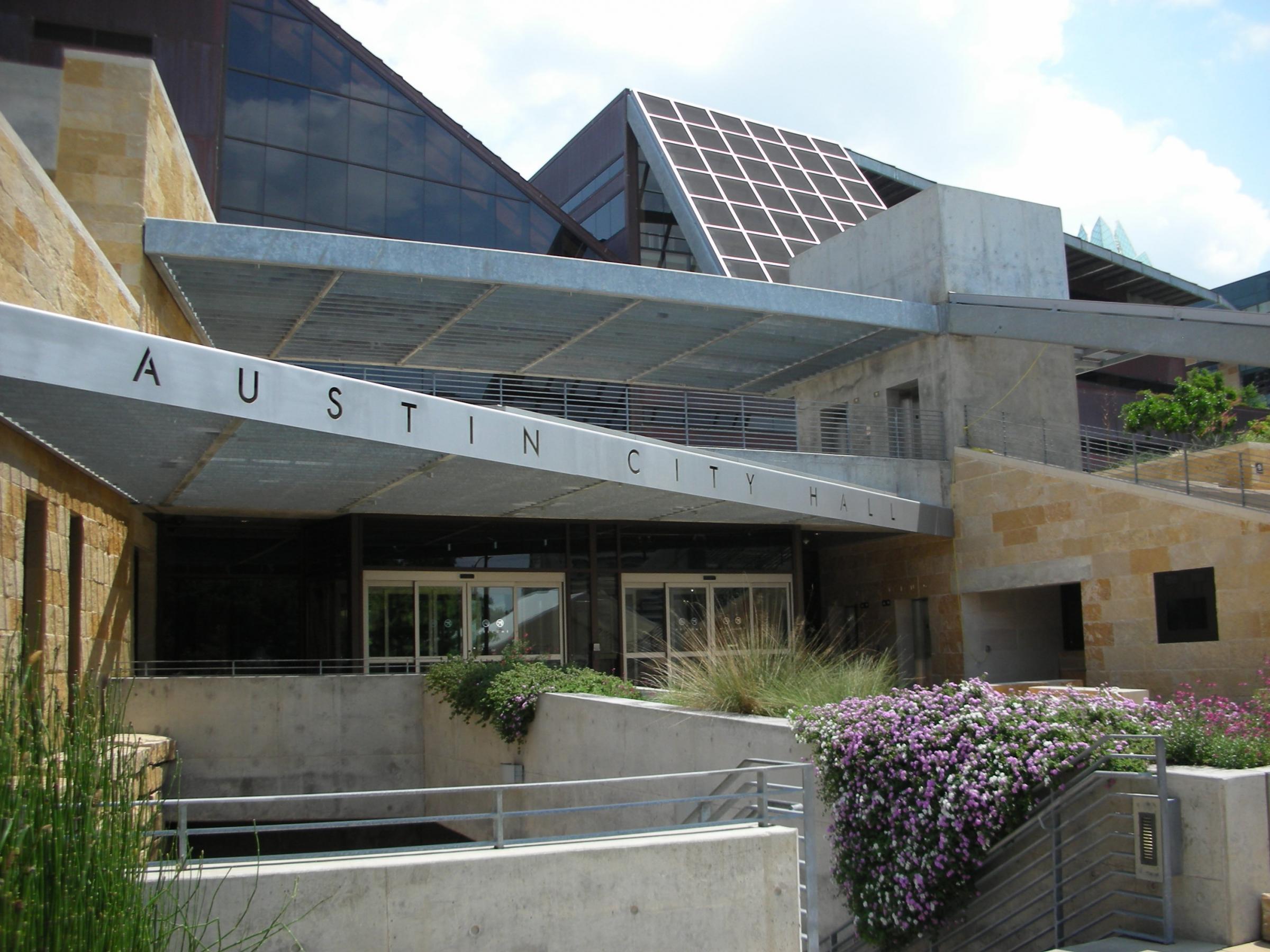 … which I include here for illustration purposes only, with hopes y’all can find a royalty-free picture to use instead.

The City of Austin has long been a target of Texas Republican ire and special maltreatment. This is due to Austin’s status as the deep dark blue dot in a very red state (Houston, San Antonio, El Paso and a few other cities join us in being more liberal, inclusive, diverse, and frankly Democratic for decades, at least until gerrymandering finishes undermining Democratic majorities here and in other Texas towns).

We moved away from Austin in 2015 after 20 years there. We’d witnessed the transition of the old “Slackers” era Austin into a corporate place of mixed use housing where all the cool music venues had been turned into condos. We visited last year and noted to our horror that literally everywhere we looked form the 183 / Burnet overpass to the City Hall was desperate camps of homeless people.

Something’s gotta change. There’s no excuse for the richest city in the richest state in the richest nation being so threadbare and hard-up. I’m an old-school ‘eat the rich’ sorta guy, but in this case I’m advocating for Bernie-style redistribution of wealth.

I hear you.
I am with you on this.

Austin had voted a few years ago to decriminalize public camping. 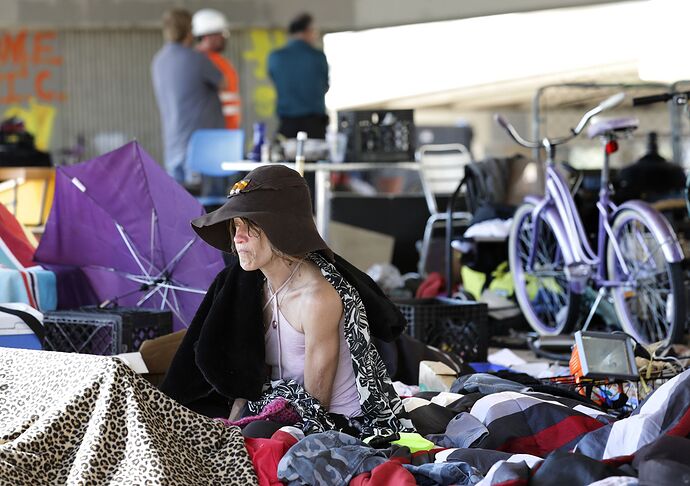 Gubner Abbott then gave Mayor Adler an ultimatum or two, so the City of Austin ended up having to clear out the encampments you saw and can still see today to a lesser extent. 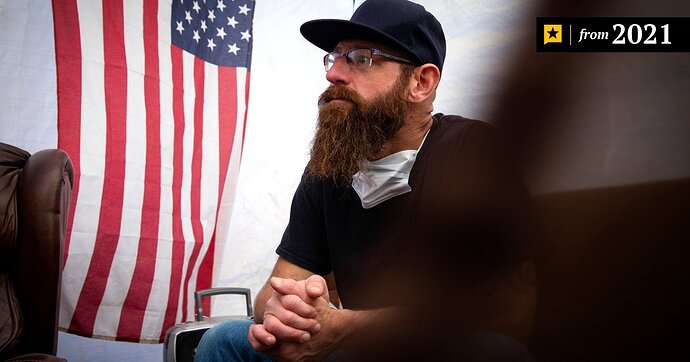 A year and a half after Austin lifted a local ban on camping in public, some city officials are pushing to turn hotels into housing for people experiencing homelessness. Meanwhile, a state-sanctioned encampment in the city is full and can't accept... 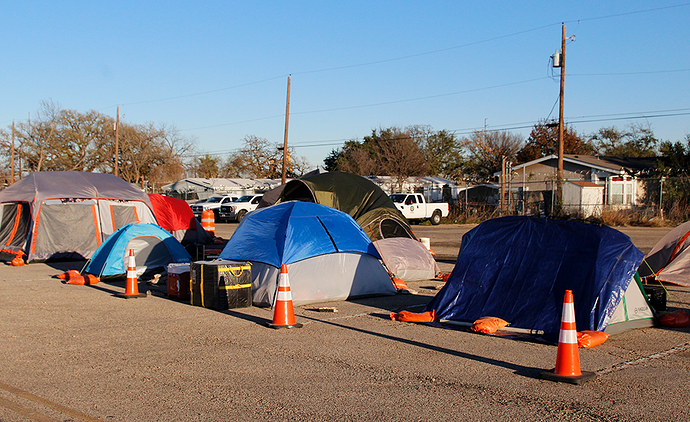 There was a push in the 1990s to densify Austin’s urban core. Part of this was to try to reduce impervious cover over the Edwards Aquifer, the water source for much of central Texas and Austin itself.

UT-Austin, ACL Fest, SXSW, ATX’s laidback culture and Texas’ “business-friendly” regulatory sphere all played a role in ratcheting up population inside the city.

Austin's Population Continues Another Decade of Growth According to U.S....

The City of Austin's population grew by 21 percent to 961,855 persons over the last dec

Chart and table of population level and growth rate for the Austin metro area from 1950 to 2022. United Nations population projections are also included through the year 2035.

There were several boom-bust-boom tech bubbles. (Elon Musk’s projects are but part of the latest tech-bro iteration.)

So affordable housing is super-double-extra borked. All this you surely know, or knew, or got the drift in 2015.

The Austin, TX housing market is very competitive, scoring 76 out of 100. The average Austin house price was $680K last month, up 16.2% since last year.

Back on topic: this is why that raising of minimum wage for City workers is such a big deal. It’s pretty much a drop in the bucket especially for a single-income household family of four. But the City understands that paying a living wage, or coming closer to paying it, has real consequences, including putting pressure on other local employers. “We’ve upped our standards–up yours!” … as the saying goes.

There are plenty of us here pushing for more positive changes.
The work continues.

Have you seen what the rich eat? Blech!
Compost the rich.
Too many bioaccumulated toxins for direct consumption. Not worth the risk.

We visited last year and noted to our horror that literally everywhere we looked form the 183 / Burnet overpass to the City Hall was desperate camps of homeless people.

Better that the desperate are near population centers where they can get some needs met. Now that they are enforcing tent bans in Austin again, it just shifts the homeless out of sight and out of mind, to designated areas where they are isolated and unable to panhandle or get food.

Under overpasses is about the safest urban location to camp. Lots of empty concrete for them to inhabit without blocking pedestrians or traffic. And the homeless only approach cars that wave money out the window, so rational people don’t need to feel any fear. Unlike the scammy ticket sellers who creep me out.

I live here too. Wonder how many BBers are here. I’m a carpetbagger of course, moved here ~2003 (from Dallas, the horror)

There’s at least a handful of Austinites or near-Austinites who post here.

There may well be more Austiniites who read only. (I lurked for a few years before sticking my head above the parapet as a poster on this bbs.)

I moved here about 8yrs ago from Vegas (although that’s not where i’m from). I believe one of the admins, Orenwolf, is also in Austin.

I think orenwolf has moved on, to Florida—as indicated by this post recently (April 28)

Not in that way, of course!

By far one of the most thoughtful and substantiated replies I’ve ever gotten anywhere, especially here.

Yes, we saw the writing on the wall in 2015, except by then it was a neon sign. We sold our house at a decent markup. Had we rented it and sold it today we’d be living on that windfall for the rest of our lives. How your average non-IT and poorly compensated worker is capable of supporting a single family household (not apartment) within ten miles of Austin mystifies me.

Thx for enlightening me on the lifting of the camping ban. The stunning number of homeless was heartbreaking. Sadly, we’re seeing a similar sky rocketing in cost of housing here in Tampa now as it becomes the hot new destination. Lots of Texas plates too and a sense that what we witnessed over 20 years in Austin is Tampa’s future as well, though without the insufferable tech-bros at least.

I skip most @dnealy posts as I can’t handle the mememe writing style so I want to call out this post as a well written one, focused on the topic. Keep up the good work.

I feel like I’m supposed to view this as a compliment.

It doesn’t really feel like one, but I’m glad I wrote something you enjoy.