The Contested Legacy of the Texas Rangers

Originally published at: The Contested Legacy of the Texas Rangers | Boing Boing

From a historical perspective, it’s hard to separate the Texas Rangers alone from the larger and longer period of violence that existed on the Texas-Mexico border prior to and following their prominence. The Mexican–American War (1846–1848), Geronimo (1850 to 1886), The Porfiriato (1876–1910), Poncho Villa raids (1916–17), The Bandit Wars (1915-1919) and goes on-and-on both into the past and up until today. It’s not just physical violence that scars this part of the world, huge swaths of land were taken from Hispanic owners and transferred to Anglo owners through tax foreclosures and other administrative actions of the state. The treatment of Native Americans by the Spanish, Texians, Mexicans, and Americans is equally appalling.

The tl;dr is intolerance in this region goes back to the very first European contact by the Spanish Conquistadors and continues until today. It’s complex and it’s ugly.

A great read from Slate in you are interested: 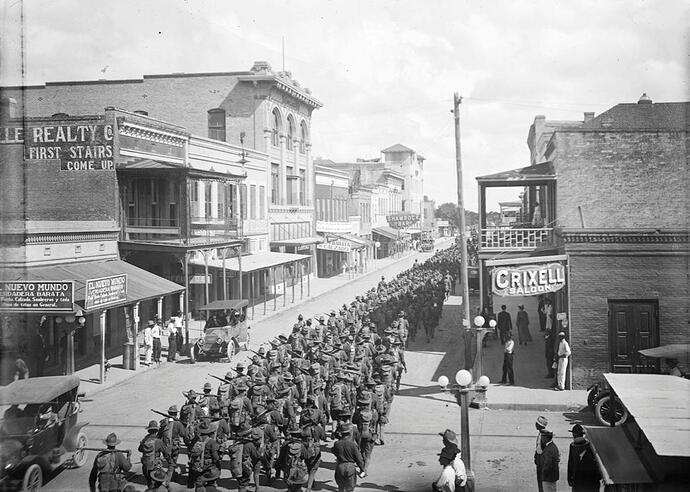 A hundred years ago, in the Texas counties along the U.S.–Mexico border, a decade-long flurry of extralegal killings perpetrated by Texas Rangers,...

The Texas Rangers currently today is a law enforcement agency for Texas. Sort of comparable to the FBI, which has its own stories and issues, but for the state. They investigate the more serious crimes, statewide organized crime organizations and operations, things beyond what a local sheriff could easily handle, and statewide resources are needed. Also if the local law enforcement may be conflicted, or under suspicion, they would step in and handle the investigation.

The crazy boiling out of his ears turned the hat black.

Texas Rangers are & were paid mercenaries, no mystery there.