The Dark Knight delves into the horrific in the new trailer for Batman: The Doom That Came to Gotham

Originally published at: The Dark Knight delves into the horrific in the new trailer for Batman: The Doom That Came to Gotham | Boing Boing

A Batman-Lovecraft mash-up. What took them so long…?

“Boil the blood in heart of fire. Gone, gone the form of man, Rise the demon Etrigan!”

I assume this an adaptation of the fun Mike Mignola comic, but name aside, it’s not easily recognizable from the trailer… I don’t know if I’m misremembering, or they added some characters.

A Batman-Lovecraft mash-up. What took them so long…?

To be fair, the comic is now 22 years old. Why it took them so long to do an animated version, though… 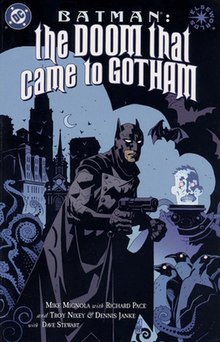 Batman: The Doom That Came to Gotham

Pages for logged out editors learn more Batman: The Doom That Came to Gotham is a three-issue comic book miniseries published from November 2000 to January 2001 under DC Comics' Elseworlds imprint. Written by Mike Mignola and Richard Pace and illustrated by Troy Nixey (pencils) and Dennis Janke (inks), with Mignola providing covers, the story deals with an alternate Batman in the 1920s fighting against mystical and supernatural forces that are taking Gotham by storm after he accidentall...

I miss Kevin Conroy’s voice. I’ll likely get over it when I watch, but my ears still expect him when Batman talks.

DC animations tend to be way better than DC live action films, IMO; so I’ll probably give this a gander. 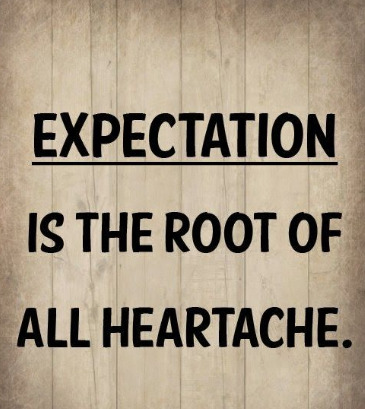 They’re just so cheap, and they don’t get the story or the art style right, from what I’ve seen.

(Batman Ninja is awesome, though)

Can’t speak for all of them, obviously; but I liked the animated Batman Series and the few seasons I’ve seen of Harley Quinn.

I also like the one about the Flash traveling back in time.

Fwiw I was referring to the one-off animations of famous books, not the various series. Stuff like Dark Knight Returns, Year One, Death, Long Halloween etc, were underwhelming to me. The series are more their own thing, not being an adaptation of an old comic book.

Fwiw I was referring to the one-off animations of famous books,

I mainly read Marvel as a kid, not DC; so I am not very familiar.

Pessimists can only ever be pleasantly surprised.

That’s the unsaid bit, which is actually quite positive; if you have limited expectations, then there’s always a lot of room for them to be exceeded.

Shakespeare was quite the astute dude…

I liked The Dark Knight Returns. But The Killing Joke wasn’t very good. I’m not sure I’ve seen any of the other Batman ones. I have seen some other DC animated movies, and I agree, they just are kinda cheap looking and devoid of any real style.

I was watching I think Superman/Batman Apocalypse, it had Darkseid, and I was super disappointed that the voice was just a deep voiced actor (who did fine), but they should have done some post production effect to make it otherworldly.

I agree, Batman Ninja was awesome!