On September 14, 1987, Garry B Trudeau ran the first Doonesbury strip that mentioned Donald Trump, in which his characters marvel that New York’s “loudest and most visible asshole” had floated a political trial balloon, hinting that he would run for president; thus began 30 years of marveling at, mocking, and skewering Der Drumpf, so rattling the Short-Fingered Vulgarian that he felt the need to issue a series of wounded denunciations. Now, just in time for the election, Trudeau has released a collection of his Trump-themed strips, Yuge: 30 Years of Doonesbury on Trump, just the thing to put the Republican nominee on tilt.

I loved how Bloom County made fun of Trump by putting his brain in Bill the Cat’s body.

There’s also the second Back to the Future movie. That version of Bill Tannen was based on Trump: In an interview marking the thirtieth anniversary of the film's premiere, writer Bob Gale said he very much had Donald Trump in mind while creating the villainous character of Biff Tannen.

You made me realize that before Stewart, Colbert, Oliver, and others a large part of the country did get a regular–if not always daily–dose of political satire from Trudeau and Breathed.

It’s frightening how prescient some of it was. And I’d say the one thing Back To The Future missed is there’s no mention of Biff running for office.

That’s why they kicked him off the funny pages.

That’s why they kicked him off the funny pages.

That and he refused to go to the smaller size comics that was being forced to fit more on the page.

Watching that video, I realized two things haven’t changed for me:

Doesn’t everyone know that by now?

Marginally off topic, but it would make my millennium to see Thomas F. Wilson, the guy who played Biff, weigh in on the Republican candidate and how he’s a real life version of the character that Wilson portrayed.

A little less mainstream than Trudeau or Breathed, but here’s some R Crumb: 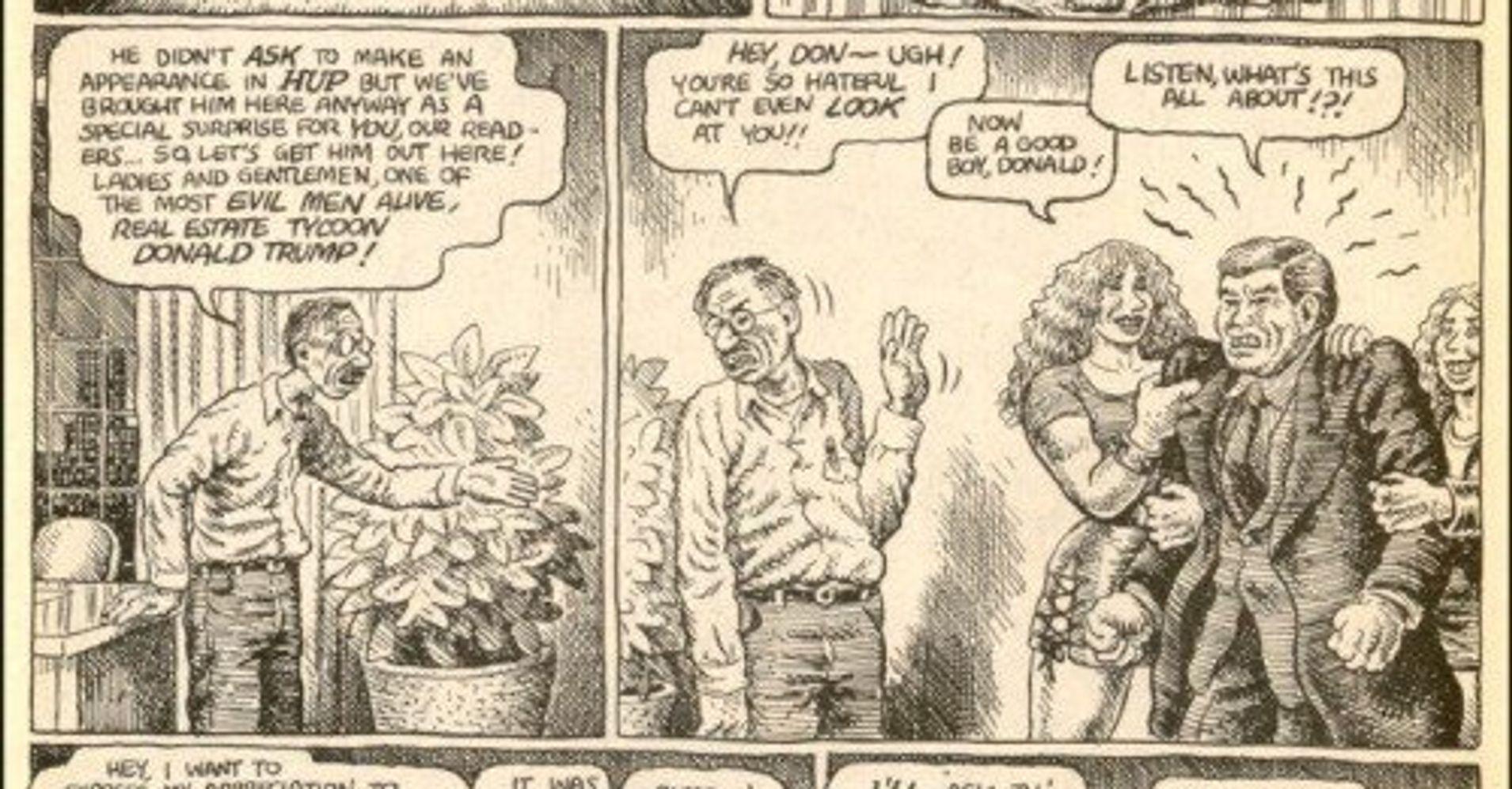 And his fabulously unflattering artistic attention to those jowls, that combover! Swoon