I remember this stuff, though I never had any. I used to like calling 1800 IFEELOK to hear that OK Soda wasn’t available in my area yet.

A friend of mine took a class where the professor told them there was no difference between Coke and Pepsi and anyone who thinks so is just being marketed more effectively by the advertisers, but that’s bullshit–they definitely taste different and to the best of my knowledge I select solely based on that when they’re both available.

@beschizza did you read the John Higgs KLF book? I really enjoyed it.

@beschizza did you read the John Higgs KLF book? I really enjoyed it.

I had a friend who used to do the Laverne DeFazio milk and Pepsi thing. Ugh.

Personally, I don’t think OK Soda even crossed my radar. I don’t remember it at all.

It’s derailing in this thread, but this link, buried in one of the bullet points is a really good article about ⊥rump as the fist postmodern president.

A long-ish read, but worth the time, IMO, YMMV. 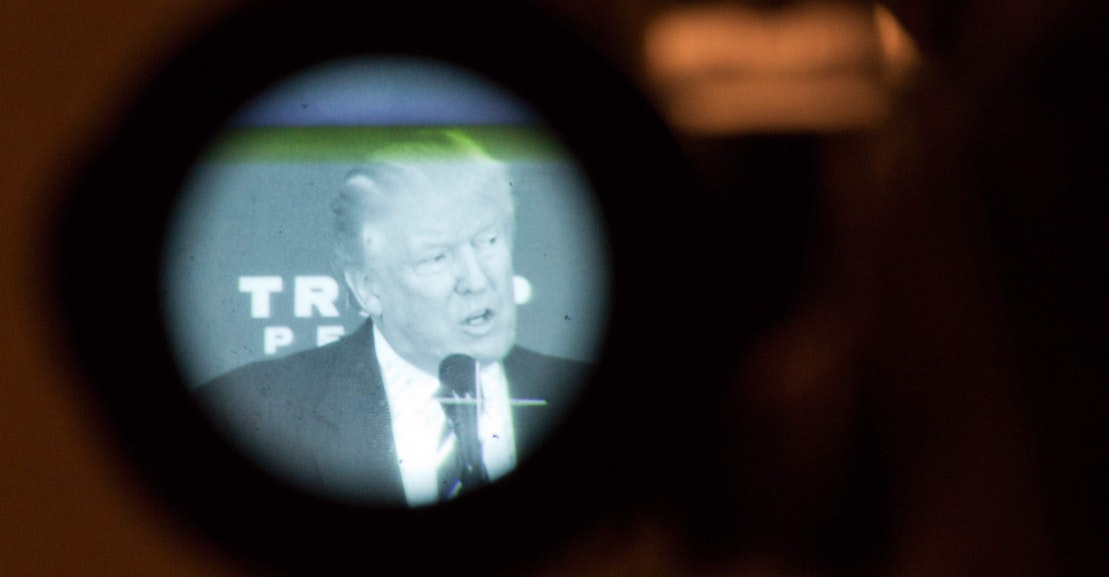 Trump's ascendance is no accident. He's the culmination of our epoch of unreality. What does that herald for the resistance?

I was in a test-market for this stuff. As a freshman at the University of Tennessee in 92/93, there was a really large advertising push for this stuff on my campus either that year or the next, but I’m not sure if it extended to the entirety of Knoxville or not. I suppose if there had been TV ads, it would indicate the entire town was targeted, but I was watching the least amount of TV of my entire life at that point. I didn’t even know there were any TV ads until now. I remember there were pages of stamps with the OK logo included with the OK ad flyers that were inserted into the student paper. Like postage stamps. because stickers were too normal and upscale, I guess.

Despite the fact that there were tons of cool people that I knew there, we were statistically invisible within the conservative, square population of both the town and university. UTK is the very epitome of a “state-sponsored jock-ocracy” nestled into the most politically conservative corner of our state. That we were chosen as a test-market was baffling.

The answer can only be that we were the control group. The failure of the campaign on us could be anticipated, so any success would be a victory. The anticipated successes in Austin and Portland or wherever could be measured against us.

I remember drinking it a few times. I don’t remember paying for it. I wonder if they had it on the fountain in the dining-hall or something? Or like a sample booth they set up? I think they did have it in the soda machines with the OK logo button, I think I even saw a few whole Coke machines re-branded as OK machines. It’s hard to remember. I do remember that it was not good. You could tell there was a citrus flavor to it, but like a 1/4 strength orange soda mixed with some sort of neutral filler. “Palatable” and “unremarkable” are the best accolades I could bestow. They really took the branding concept as a fundamental, even the taste of it was merely OK. It wouldn’t surprise me if that was intentional, but like the video points out, what the hell was the point of it all?

It was a really weird time and I was still young. As Sonic Youth pointed out, 1991 was “the year punk broke.” There’s a lot of history and nuance that I am glossing over by saying “Nirvana,” but: Nirvana. The youth culture that promulgated this shift had been building for a decade-and-a-half, but even when it broke it was still the minority culture, it was just that the majority now thought it was cool and wanted to imitate it. “Alternative” or “Grunge” were to us what “Eskimo” was to the Inuit: a word applied to us that we didn’t use amongst ourselves. This is how we got the TV commercial that was comparing a new Subaru to punk rock. OK was just Coca Cola trying their best to make some money off this thing. They understood us better than Subaru, at least.

A friend of mine took a class where the professor told them there was no difference between Coke and Pepsi and anyone who thinks so is just being marketed more effectively by the advertisers, but that’s bullshit–they definitely taste different and to the best of my knowledge I select solely based on that when they’re both available.

That is bullshit. In fact, that was the motivation behind New Coke: Coca-Cola is so sickeningly sweet that most people who drink soda regularly came to prefer the flavor of Diet Coke or one of the Pepsis. Eventually, one of the Pepsi products was bound to overtake either Diet Coke or Coca-Cola in sales, which would be a marketing black-eye. So they formulated New Coke to match modern market trends, and make something that tasted, in effect, more like Diet Coke. (This all assumed that they’d only lose a tiny portion of die-hard Coca-Cola drinkers, because they’ve gotta drink something, right?)

The come-back of the classic Coca-Cola formula is a testament to good marketing, however.

"I know what all the marketing people are thinking right now too, “Oh, you know what Bill’s doing, he’s going for that anti-marketing dollar. That’s a good market, he’s very smart.”

Oh man, I am not doing that, you fucking evil scumbags.

Goddammit, I’m not doing that, you scumbags. Quit putting a goddamm dollar sign on every fucking thing on this planet!

“Ooh, the anger dollar. Huge. Huge in times of recession. Giant market. Bill’s very bright to do that.”

They did a promotion in my neighborhood where they just dropped a 6-pack of OK on everyone’s doorstep during the night. I drank the free soda, but never bought any, because it really was accurately named. The taste was just OK. Sure, I’d have one if you handed it to me, but I’d never go out of my way to get it. Truth in advertising doesn’t sell if your product is meh.

Flight does point out that OK Soda tasted bad, which might well have been a factor in its quick disappearance.

It also tasted like what happens if you mix all the other sodas together. (My friends and I may have tried to reverse engineer it). It’s basically an orange cola rootbeer with Dr. Pepper in it.

The artwork was done by Charles Burns, the creator of Black Hole and Big Baby and so many other awesome things. It was good (even if the soda wasn’t)! I do remember getting a can of it in the Ozarks of Missouri when my family was traveling through there at the time.

I have no recollection of this soda and was also in a designated test market in the same time frame - central Iowa. The theory seems to be “if it will fly in podunk, we can sell it anywhere.” The soda related atrocity that I do remember is Crystal Pepsi. That shit hit the market just as crystal meth was beginning to run amok. Poor flavor and bad timing with product naming killed it off quick.

Testing related: Pizza Hut test marketed their stuffed crust in Ames. Stupid things sold out an hour after dinner rush started no matter how many we made in the morning (yup, that was my last college job). You’re welcome, America.

I sort-of know and knew of Burns. But I also liked the more abstract styles of the other artists, too. There were four of them, I think?

you were doing god’s work.

If I understand you correctly

The soda related atrocity that I do remember is Crystal Pepsi.

The test product that never caught on but ought to have - 7up Gold. That stuff was actually pretty good!

I just hope it’s been automated by now. It was a total PITA prepping those crusts.

I am completely unaware of this, guess it didn’t make it to the midwest. Really interesting, if I had seen this out of context, I would have assumed that this was an art project of some sort. Those cans are great.