We’ve never been prouder of you.

I’ll trust the guy with technology implementation, but not policy, politics, or protest. Giving in to abuse isn’t the best way to protest being abused. This isn’t Gandhi or MLK pacifism. The abusers don’t care if they look bad and the abuse isn’t physically bad so it just looks like a first world problem to a lot of people. Use a VPN and vote for politicians who are actually on your side (e.g. Ron Wyden).

He also support DRM , I think something must have happened …

a) my representatives and comcast don’t give a rat’s ass about what I think
b) I have a choice between comcast and maybe a dialup isp if one is still in my area.

So I have very little chance of my “protest” being effective.

He might not but that’s kind of irrelevant. He’s suggesting that maybe we protest instead of fighting, but right now someone just drove a tank through my internet privacy, it’s time to hold up a shield while I work on defunding the gas for the tank.

“The energy (to change ISP’s)”. Or, you know, choose between comcast, or…comcast.
And of course, I also take exception to the equivalence between VPN’s and “cheating”. How is it cheating, exactly, to alter my data’s form?

This is beyond ivory tower shit, this is a message from a different world entirely.

Normal people in America will basically go into defense cybersecurity lockdown against their ISPs. Everything will get encrypted.

I get his point (and still use a VPN). I think what he is trying to get at is that the response to an oppressive policy isn’t to build better evasion tech - it is to change the policy to something reasonable again.

The danger of just “use a VPN” as the solution is that it just continues the arms race between those who want their privacy, and those who want to sell your information. That’s how we got the verizon super-cookies, and all the other advanced tracking tech (some of which can still track you, though with a bit less fidelity, though VPN connections). If the policy is wrong, it needs to be changed at the top level. That said, it takes time to do, and we need to live in the real world in the meantime.

What would be unfortunate would be for the technologically capable to setup their own VPNs, anti-tracking apps, Tor networks, etc., and then abandon the rest of the population to surveillance. If my mother in law can’t set it up on her own, then it isn’t a viable solution. We have a big digital divide right now, and reliance on technology to “solve” surveillance problems just leaves everyone else as prey. Using “password” as your password is dumb, but it doesn’t make you any less deserving of a legal right to privacy.

So yes - use a VPN, but don’t forget to protest (and resist in other ways) too.

So yes - use a VPN, but don’t forget to protest (and resist in other ways) too.

Was planning on doing both.

We added a VPN to our home network. I tried to use Opera, which has built in VPN, and the first search I tried to do, Google wanted to run me through a Capcha because the VPN was routing me through a Canadian network and I blew its tiny little mind. Google can’t monetize my searches for IKEA if it doesn’t know where I live, apparently.

One thought, create a bot that visits a random distribution of sites continuously, such that your ISP cannot determine what you actually do (and have to pay bandwidth to provide your anonymity). Feels like a reasonable protest move.

create a bot that visits a random distribution of sites continuously, such that your ISP cannot determine what you actually do (and have to pay bandwidth to provide your anonymity). 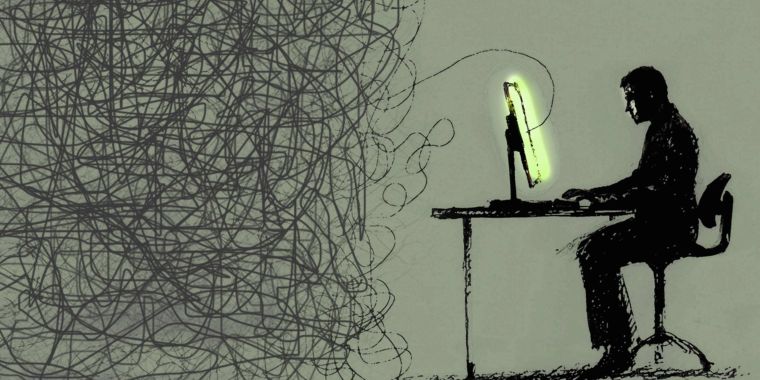 After vote to kill privacy rules, users try to “pollute” their Web history

create a bot that visits a random distribution of sites continuously, such that your ISP cannot determine what you actually do

As mentioned in the article @Nonentity linked, white noise is a reasonable protest move (to degrade the value of targeted advertising if enough people do it) but not a privacy move. If you search for/visit X and someone with access to your history data searches it for X, it’ll show up no matter how much white noise there is around it. We can expect ‘big data’ analysis as well as standard searches to be applied to the data.

As a matter of expediency, and given that most people won’t do it anyway, I think “use a VPN” is a reasonable workaround for the time being.

But as a solution to systematic privacy and security problems, it’s horrible. For a start it’s just pushing the problem around – all the world’s traffic ends up routed via Iceland, and then Icelandic ISPs start logging traffic, too. And most web traffic is already being spied on at the other end anyway.

Then there’s the fact that it requires twice as many tubes; one to carry the home pages to your VPN provider in Burkina Faso, and another to carry it back to you. Not to mention that, in practice, this greatly reduces the number of tubes the NSA needs to attach their stethoscopes to.

And though we never think about it, the internet uses energy; for example, Google says each search uses 1.1kJ in their data centers; add in routers, cell towers and your laptop, and you’re probably consuming the equivalent of about a drop of gasoline (~2kJ) or more every time you do a web search. Millions of people using the internet in wildly inefficient ways is not cost-free.

There are “pure tech” solutions, but they involve making the internet secure at an ISP level (like: Tor nodes on every local loop) – which is just another way of saying that we need ISPs and regulations that work for, not against, the interests of civilization.

Not to mention making a bot that follows human behavioural patterns is not trivial. Ever had the captcha that’s just clicking a checkbox? They use user behaviour analytics to determine whether you’re human. Machines are getting better all the time at distinguishing between people and bots.

More likely than not, Google was throwing a CAPTCHA because of excessive/unusual traffic from your VPN exit point IP address.

This happens to me often while using Google at work thanks to proxy servers.

Has anybody living under any kind of oppression ever decided to abandon their privacy… and lived? Sending everything in plaintext may not be the most powerful form of protest.