The KLF reemerge from the shadows, music back online

Hungover & bored, might do a thread of my favourite little known stories about The KLF/The Justified Ancients of Mu Mu twitter.com/paulduanefilm/…

Since The KLF are in the news, a reminder that my film about their return from a 23-year silence in order to build a pyramid of the dead in Liverpool has just been released streaming: https://t.co/o1TC5GeEtI

Huh. Seems like the 2021 bingo cards need to be unexpected and weird then.

Of course, currency has essentially no intrinsic value. Destroying a pile of it decreases the money supply, meaning everyone else’s currency is worth more; it’s a deflationary action. The real effect was thus to increase the buying power of the currency held by everyone else, with benefit scaled directly to how much they held. Value did not disappear from the economy–but it was redistributed primarily to the wealthy.

You shouldn’t get your pop music from economists, either.

I think you missed their entire point, actually.

I definitely did not have reclusive early 90s musical artists return to cheer us up on my card.

Turns out you still have to pay taxes on money you burn?

Not so sure. I read the book about it (because it was mostly pictures and that is the kind of book I can get behind) and that’s pretty much the questions they were asking.

As they say the industry snorted that or pissed it up the wall every day. Because back in the old days when record companies made money their accounting was… quite a thing of, well not beauty, but something extraordinary anyway. Just how they rob(bed) artists is one of those exemplars of human ingenuity like some recherché torture device that makes you hate human intelligence.

Yeah, but I think that @szielins is noting they should have invested it, and I’m guessing they were more interested in getting out of that kind of rat-race altogether (which, they of course did until now)? I’ve not read the book, though, so you tell me? 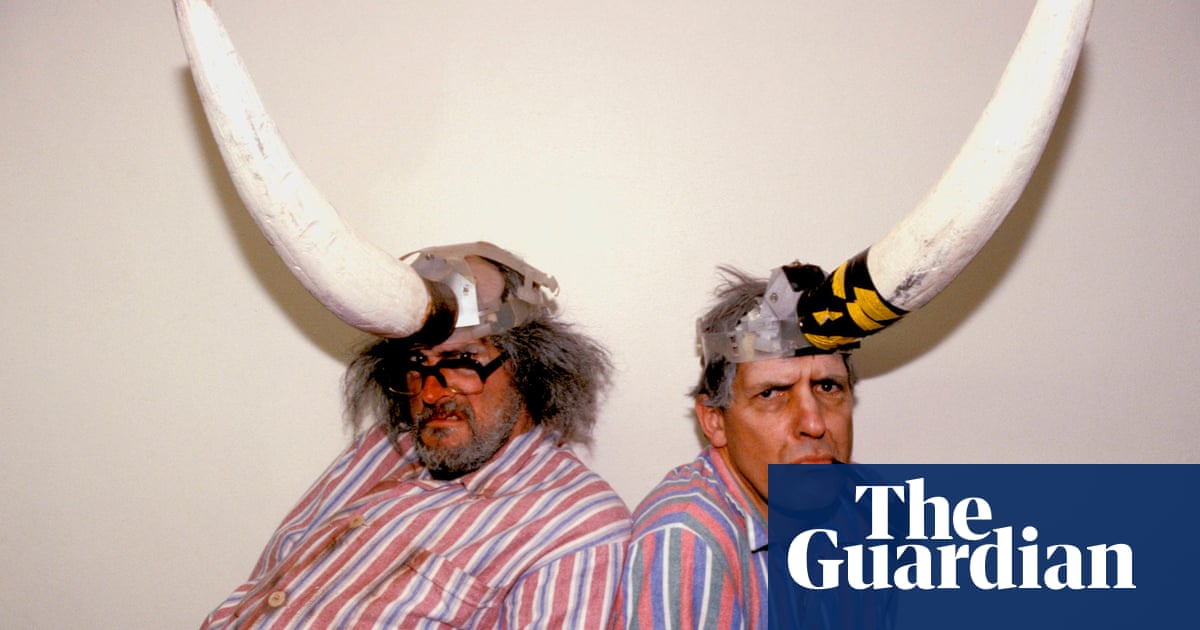 What made the KLF burn a million pounds? – podcasts of the week

And then there’s this?

In the middle of the night of the 23rd of August 1994 the K Foundation burnt a million pounds in an abandoned boathouse on Jura (near the village of Ardfin if you want to make a pilgrimage). It took just over an hour for Cauty and Drummond to pile...

And oh yeah… the recording industry is and remains one of the most corrupt industries on the planet. Is it little wonder why so many artists today are willing to talk about the political economy of making music? We can thank punks for that, I’d argue.

Never heard of them till now. Im a child of 90s techno as well as a metalhead.

They uploaded some of their remastered videos on YouTube:

Guessing they won’t rerelease this:

Is that blond guy running who I think it is?

1987 (What the Fuck Is Going On?) is the debut studio album by British electronic band The Justified Ancients of Mu Mu (the JAMs), later known as the KLF. 1987 was produced using extensive unauthorised samples that plagiarized a wide range of musical works, continuing a theme begun in the JAMs' debut single "All You Need Is Love". These samples provided a deliberately provocative backdrop for beatbox rhythms and cryptic, political raps. Shortly after independent release in June 1987, the JAMs...

Brings back that excitement from when techno was new and didn’t sound like pop junk.

removed all of their online catalog in 1992

The KLF’s music is not “back online” because it has never been available on streaming services before.

I have all that on vinyl that I’m pretty sure I bought in the mid 90s. I wonder how much they had to do with that? Also, and you can’t answer this, where is it? I’m going to have to search through my records now.

They were such a great act, romantically hedonistic with rich faux-occult tones and their own wonky mythology; like a version of Götterdämmerung drawn by Brendan McCarthy or Jamie Hewlett. The videos were a big chunk of the appeal to me; especially as I love stagey set pieces and ramshackle model shots.

And it is great to finally watch all those videos again in hi-def, rather than grainy old screen grabs on youtube.

Yeah, the article says they deleted their back catalogue in 1992, which doesn’t mean delete in the computer file sense (who had digital music files in '92?) but to make new copies of their music unavailable to record stores