The only thing I want to know is if they were able to knock us off the dumbest timeline and back on course to something better.

This sentence could have been an excerpt from a lost work of Lewis Carrol. 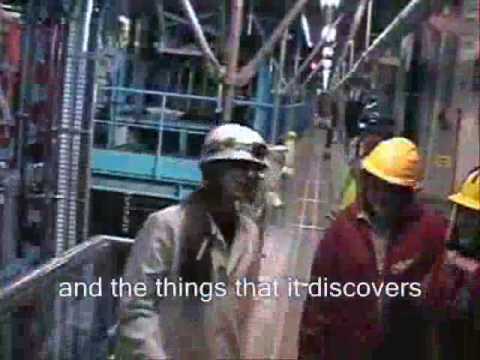 I wish that I was smart enough to really grasp what is happening with this amazing machine, or that there was someone who could explain it all in terms that the typical layperson could wrap their head around such mind boggling things as quarks and leptons and muons etc.

Not exactly. It has located new and previously unknown combinations of the already known flavors of quarks. Sounds pedantic, but I was stunned by that line until I read further.

All subatomic particles are (thought to) be of two kinds:

So when can I get an anti-gravity backpack?

Quarks, which come in six “flavors” and are never found alone.

Quarks, which come in six “flavors” and are never found alone.

In my experience quark is usually paired with spaetzle.

Is that sprinkles but without mass so like, non-fat?

I assume I’m Ross in this scenario, just off camera.

With a puzzled look on your face, of course. 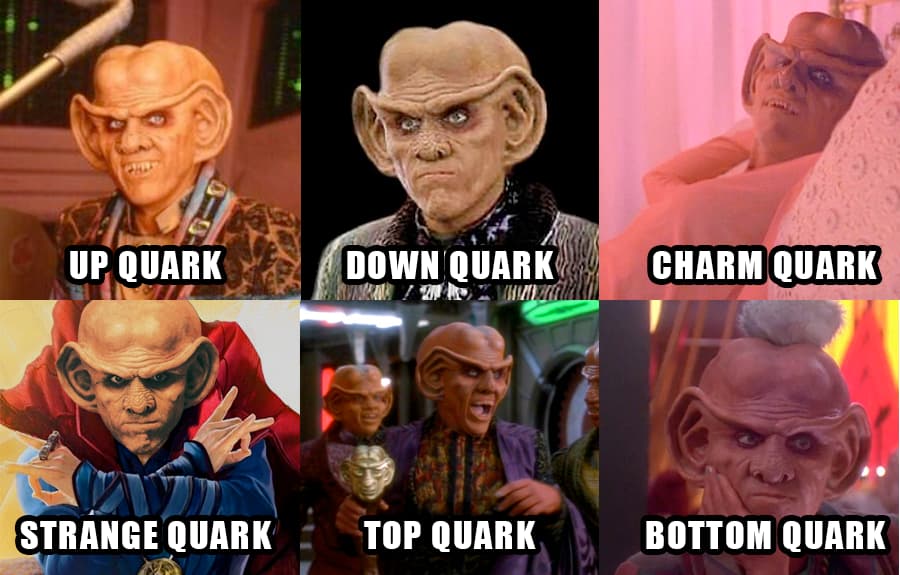 Was wondering when Quark from DS9 would make an appearance–thank you!

This sentence could have been an excerpt from a lost work of Lewis Carrol.

I was just going to say, I love how particle physics jargon basically sounds like a bad RPG.

I’ve been thinking about creating a publishing platform that pushes this information at super fast speeds, like the LHC, I’m thinking of calling it Quark Express.