The Mutant Vehicles of Burning Man

I’d rather take this to Burning Man 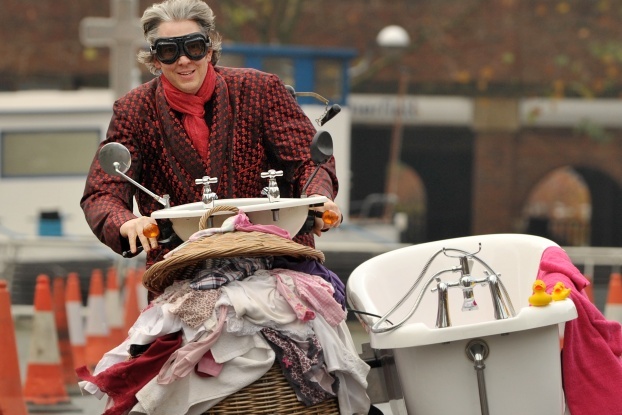 Sadly it’s not mine. It’s made by Edd China who makes and hires out unusual vehicles.

I’d like to make a replica but I doubt I could make it UK road legal like Edd does.

Wow that headline becomes menacing if you treat “burning” as a verb.

i didn’t see the Neverwas Haul out there this year. was it there?

Is it functional? You would make a killing as a mobile laundry service.

It’s the fastest bathroom in the world. It does 42MPH and it is UK road legal.

While I still have no desire to attend burning man, I do admit some of the art and vehicles etc are neat.

Burning Man is all playa’d out.

I didn’t see it either, but AFAIK those are all pix from this year. I rode out on the Haul last year on one of the burn nights. Amazing.

The photo of Neverwas Haul was taken in 2012

That rhino is fucking spectacular. I’d watch a “what you missed at burning man” parade, for sure

i’ve ridden in it, too. it’s so great. spent a couple hours one afternoon riding around and talking with one of the builders, who also used to be in charge of the fireworks and lighting of the man back during my first years on the playa, 1996-2000. great stories.

There is no way the anglerfish was taken this year, unless they got special dispensation to go out past the fence, or just shooped out all the people milling about in the background.